48 Churches Have Been Burned in Canada - What is Going on? | BreakPoint This Week - Breakpoint
What makes the Church essential? Click here to learn more.
Skip to content 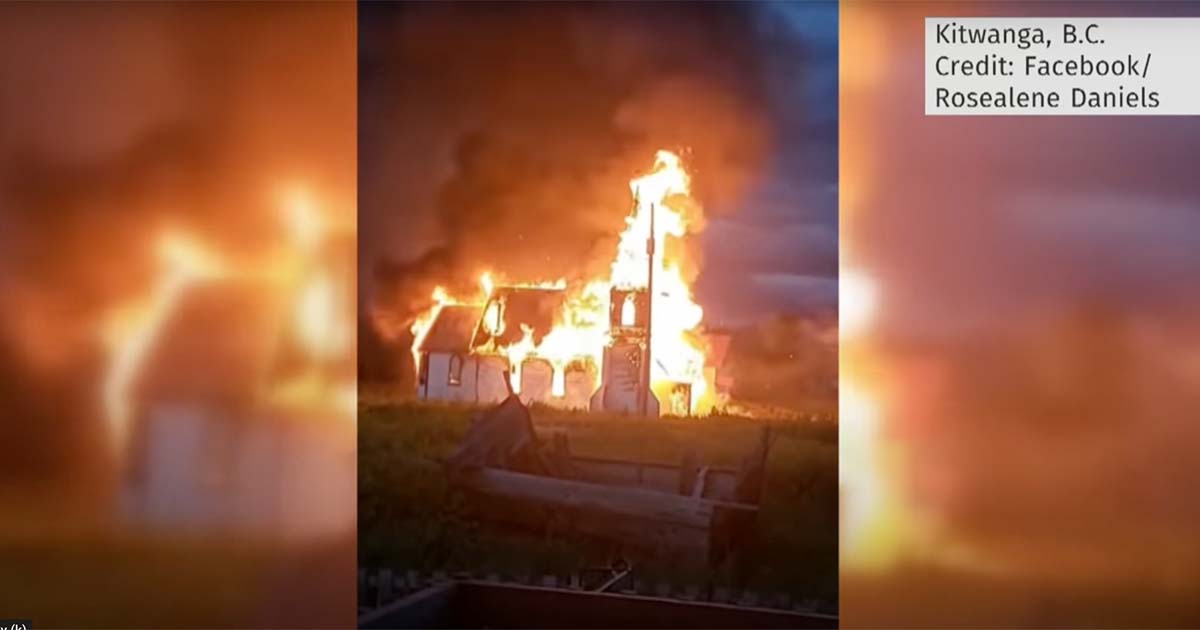 
48 Churches Have Been Burned in Canada – What is Going on? | BreakPoint This Week

John and Maria discuss a new situation where at least 48 churches have been burned by arsonists in Canada over other the past two months . While some charge the fires are a backlash from First Nations members, in reaction to the revelation of mistreatment by Roman Catholics in the past, others contend that this doesn’t quite add up. John and Maria ponder the potential of a growing sense of distrust and violence against the Church in Canada as a whole.

They also revisit a BreakPoint from James Ackerman, who told his story of recovering a sense of redemption after going to an abortion clinic to talk to mothers. They also discuss Simulation Hypothesis, a growing idea in the scientific community that assigns spiritual language to unexplainable realities in science.

An Abortion Clinic, a Calling, and Glimpse of Redemption

The Colson Center and Prison Fellowship were birthed under the same roof by the same visionary, the late, great Chuck Colson. I loved hearing James Ackerman’s testimony of how God pointed him to do something, enabled him to do it, and then the results were left up to him. What a great testimony for the rest of us to emulate.

The Simulation Hypothesis: A Materialist Spirituality?

It’s telling how often advocates of this hypothesis utilize religious and spiritual language. Having reduced themselves to computer programs, they still speak of transcendence, resurrection, morality, and eternal life. Sometimes they talk of our supposed programmers in a way that sounds an awful lot like worship.

Persecution of Canadian Christians Grows as 48 Churches Burned in Past 24 hrs.

Though barely mentioned in US media, 48 Christian churches in Canada have been vandalized or burned down in the past two months. The latest occurred Monday, when the St. George Coptic Orthodox Church in Surrey, British Colombia, was destroyed by fire.

Alberta police on Monday arrested Pastor Tim Stephens of Fairview Baptist Church in Calgary for violating public health codes. Guidelines restrict worship gatherings to one-third building capacity, but Fairview shifted services outside after Alberta Health Services (AHS) closed their building and changed the locks. After AHS served Stephens a notice over the weekend, he posted on social media that the police were on their way to his home. Officers told Stephens they were arresting him for holding an outdoor service on June 6 that exceeded size limits and failing to enforce masking and social distancing.

A Canadian pastor who grew up behind the Iron Curtain in Poland, and went viral last month for ordering police out after they showed up to his church on Easter weekend, was arrested Saturday for violating COVID-19 limits on gatherings set by a new court order.

Coates defended his stance before the judge saying, “I’m simply here in obedience to Jesus Christ, and it’s my obedience to Christ that has put me at odds with the law. The court is aware that I’m contesting the legitimacy of that law but please, make no mistake … I’m not trying to make a point. I’m not a political revolutionary.”

On the 52nd anniversary of the Apollo moon landing, the wealthiest man in the world spent 10 minutes and 10 seconds in space on a capsule built by his company Blue Origin. Jeff Bezos, the founder of Amazon.com, flew on the rocket with his brother, Mark Bezos; an 18-year-old Dutch student; and Wally Funk, 82, a female pilot from Texas who passed NASA tests in the 1960s but never made it to space until Tuesday. Funk and the Dutch teen are now the oldest and youngest people to fly in space.

The Chronicles of Narnia>>

Tales that Tell the Truth>>