Additional Observations on the Sexual Revolution: Emerging Worldviews 9 - BreakPoint
Join us in helping to equip and renew the Church with a Christian worldview by giving before our fiscal-year ends!
Skip to content 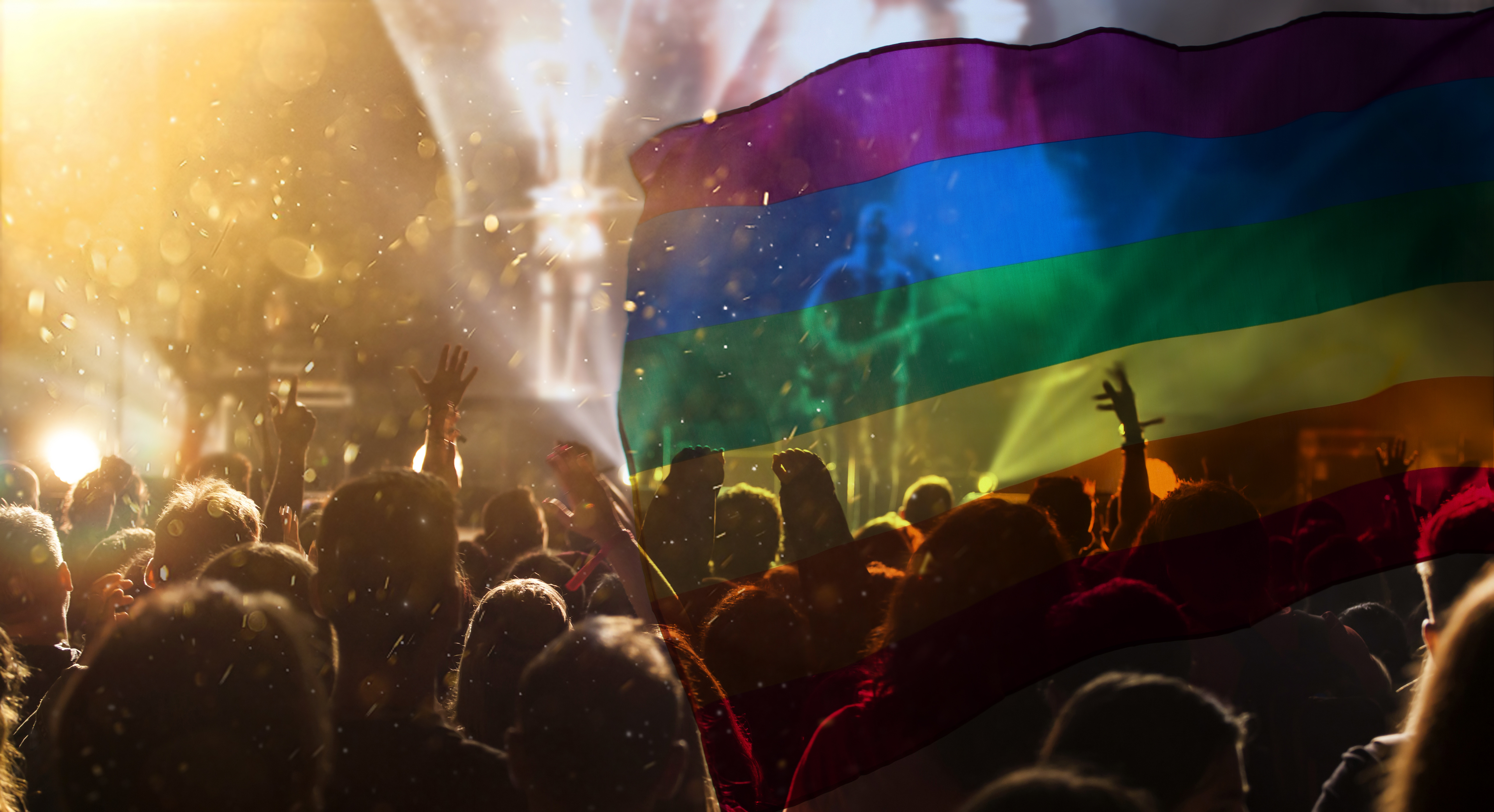 I had planned to move off the Sexual Revolution and LGBT issues in this article, but there are several worldview implications of these movements that I have not yet discussed. Some of these need to be examined because they have implications that extend well past sexuality.

In the first article of the series, I outlined approaches to worldview advocated by Chuck Colson (Where did I come from? What’s wrong with the world? What’s the solution? What’s my purpose?) and Ravi Zacharias (origin, meaning, morality, identity, and destiny). We have already discussed some of these issues, including “what’s wrong with the world,” “what’s the solution,” and identity questions. Implicitly, the Sexual Revolution and the LGBT movement suggest that the purpose and meaning of life is found in sexual fulfillment. They do not typically address origin or destiny, though the question of origin opens some important ideas buried within the movements.

Like most people in the modern world, supporters of the Sexual Revolution and the LGBT movement typically accept the idea of evolution, yet that poses a problem for them. If we evolved, particularly by Darwinian natural selection, then you cannot credibly make the argument that people are “born that way” since natural selection would have eliminated homosexuality from the gene pool thousands of generations ago: homosexuals who live by their sexual preferences do not pass their genes to the next generation.

Put simply, you can’t believe that homosexuality is genetic and hold to evolution at the same time. The claim that sexual orientation is inborn and immutable was a useful tool to help win acceptance for homosexuality, but it was always known to be false, and even many LGBT supporters admit that the development of sexual orientation is much more complex than is generally admitted.

Put simply, you can’t believe that homosexuality is genetic and hold to evolution at the same time. The claim that sexual orientation is inborn and immutable was a useful tool to help win acceptance for homosexuality, but it was always known to be false, and even many LGBT supporters admit that the development of sexual orientation is much more complex than is generally admitted.

The problem with origins points to another aspect of the Sexual Revolution and the LGBT movement that is underappreciated: They reject teleology, that is, they deny that things have natural ends or purposes (Greek telos).

Consider: lungs have a natural purpose; they are designed to provide oxygen to the bloodstream and to remove carbon dioxide from blood and expel it from the body as part of the respiratory system. They are not designed to handle tobacco smoke, and when they are used for that, they can develop cancers. Similarly, they are not designed for water, and when filled with water they fail due to drowning.

You can make similar observations about the other organs in the body. They are part of systems, and each is meant to perform an important function enabling the body to survive and thrive. If you attempt to use the organs for alternative purposes, you risk injury or death, and the organ will not be fulfilling its purpose in the body.

So here is the question: Wat biological system do our genitalia belong to? Answer: the reproductive system. What does that tell you about the purpose of our genitalia?

The reproductive system is unique in that it is the only system in the human body that is incomplete in and of itself. It requires another person of the opposite sex for the system to be complete, and only in that context can it complete its natural function.

This is why, until the twentieth century, Christians of all stripes saw contraception and any form of non-reproductive sexual activity as sin: It was a deliberate attempt to thwart God’s intended purposes for sex. It was, in the strictest sense of the word, perversion, since it took something that was good and used it for an end it was not designed for rather than the good for which it was intended.

The Sexual Revolution rejects this thinking, arguing instead that the function of the genitalia is to provide pleasure. Anything that gives you sexual pleasure (as long as it is consensual) is thus fine. If you want children, that’s a bonus for you, but generally, you will want to avoid pregnancy either by using contraception or by engaging in non-reproductive sexual activities. With the dangers posed by STDs, using condoms is recommended.

This thinking turns the biological purpose of sex on its head: Reproduction is not its primary function, pleasure is.

Further, when the biological systems work properly and pregnancy does occur, it is treated as a medical issue. Abortion is the only medical procedure that people advocate as a universal right and insist that the government pay for, and yet it is also the only medical procedure that stops the body from performing its natural functions and prevents a biological system from fulfilling its fundamental purpose.

Abortion is also the only medical procedure which, when it fails, results in someone alive who wouldn’t be had the procedure succeeded. The refusal to provide medical care to that person who is born alive after a botched abortion demonstrates that abortion isn’t about a woman’s right to control her body; it’s about her right not to have children even if it means killing a newborn child.

Abortion thus involves an Orwellian redefinition of “healthcare,” which used to mean keeping our bodies working properly rather than preventing them from doing so and keeping people alive rather than seeing to it that they die.

What about non-reproductive sexual activities? If the proper function of external sex organs is simply to provide enjoyable sensations, then any consensual activity is arguably legitimate. If biological function has any bearing, however, using these activities as an end in themselves is a misuse of the sex organs since by so doing they are being used in a way that prevents them from fulfilling their purpose. Without going into any detail here, it is clear that many sexual activities practiced by both homosexuals and heterosexuals involve actions separate from any biological goal. Despite what seems to be growing interest in this, viewed from the perspective of biological function, this activity seems particularly perverse, rather like boiling a calf in its mother’s milk.

All this implies that the natural world has no intrinsic meaning, only the meaning and purposes that we assign to it. We are radically autonomous, so much so that we are free to redefine the function of our bodies and to modify our bodies in any way we see fit.

What does all of this have to do with worldview? First, the Sexual Revolution identifies the basic problem of humanity with repression of our sex drives and offers sexual freedom as the solution. This “salvation” must be offered freely to all—including children—and so we must have the right to free sexual expression, free of consequences, requiring free access to contraception and abortion and the sexualization of children.

This thinking is based on the premise that the primary function of sexuality is our own personal satisfaction and that the biological function of sex is at best secondary. More often than not, pregnancy is seen as an unfortunate and undesired consequence of sex to be avoided at all costs if it does not fit the woman’s personal desires and goals. Similarly, non-reproductive sexual activities assume that our bodies have no natural, intended functions but instead can be used in any way and for any purpose that we desire.

This is the same kind of neo-Gnostic thinking we have seen in the Transgender Movement. Our bodies have no purpose or meaning beyond what we assign them, and if they do not fit our conceptions in form or function, we have an unalienable right to force them to conform to our desires by medical intervention, paid for by the government, if needed.

All this implies that the natural world has no intrinsic meaning, only the meaning and purposes that we assign to it. We are radically autonomous, so much so that we are free to redefine the function of our bodies and to modify our bodies in any way we see fit.

And from this point it is a small step to Transhumanism, the emerging worldview we will examine in our next article.