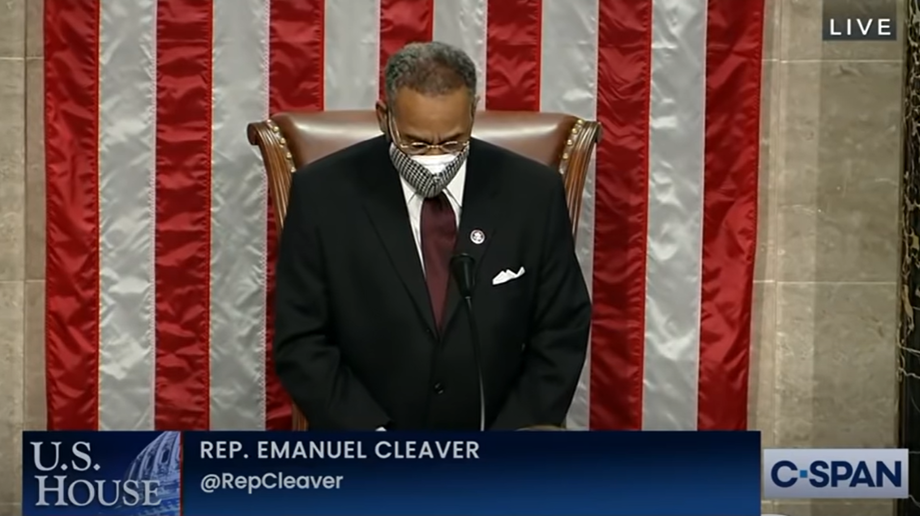 On Sunday, Democratic Congressman (and, for the record, that’s the gendered term used on his website) Emanuel Cleaver closed his prayer opening the 117th Congress of the United States by saying, “we ask it in the name of the monotheistic God, Brahma, and god known by many names by many different faiths. Amen and a-woman.”

Much fun has been had with the whole “amen and a-woman” part, from pointing out that “amen” is a non-gendered Hebrew way of saying “so be it” to changing words that include “m-e-n” or “m-a-n” and adding “wo” to them.

But there’s also the Congressman’s attempt to inclusively pray in the names of all the gods he could fit in. That was after he prayed: “May the God who created the world and everything in it, bless us and keep us. May the Lord make His face shine upon us and be gracious unto us. May the Lord lift up the light of His countenance upon us and give us peace…”

How intolerant of the Congressman. After all, not all religions offer a God who created everything, or Who looks on those He made with grace and peace.

Dems opened the 117th Congress today with a prayer that ended “amen, and awoman.” You know, to be gender neutral. Because we live in an episode of The Office.