Amy Carmichael, Missionary and Defender of Children - Breakpoint
Give today to learn what it means to be a thoughtful Christian!
Skip to content 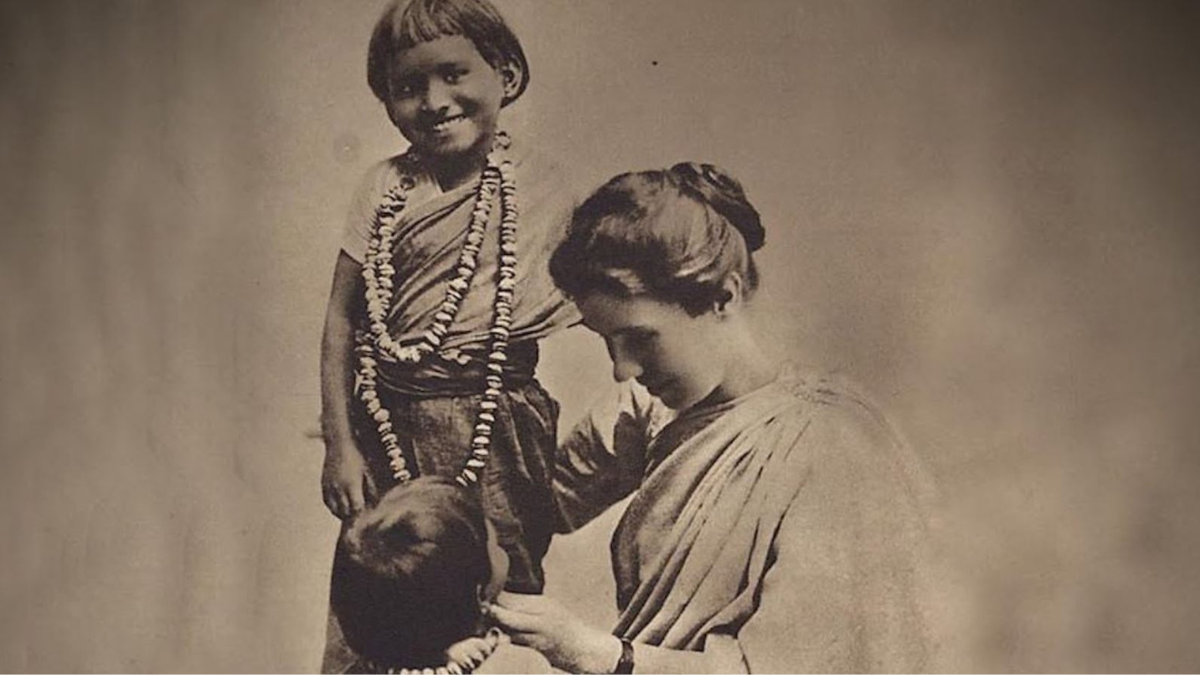 This week marks the death of Amy Carmichael, missionary to India and defender of children.

Today, in nearly every sector of society—media, education, medicine, public policy, even sports—children are subjects of our social experimentation. As the very fundamental realities of sex, identity, marriage, and parenting are re-imagined in increasingly dangerous ways, we continue to say to ourselves, “Oh, the kids will be fine.” Overwhelming evidence, however, suggests they aren’t.

At the same time, too many churches and too many Christians, often jaded by years of seemingly unproductive Christian activism either poorly done or poorly received (or both), have moved to the sidelines. At times, this move has been away from the social implications of the Gospel, focusing instead on individual transformation and privatized faith. Other times, it’s been simple compromise on moral issues, often out of a misplaced attempt to be inclusive and “welcoming.”

This indifference to our culture’s widespread exploitation of children places these churches and these Christians firmly outside the priorities of Church history. Time and time again, across cultures and time periods, a key mark of those who brought the Gospel to pagan cultures was defending and protecting abandoned, abused, and victimized children.

Amy Carmichael is a clear example of this kind of Christian hero. She was born in 1867 to devout parents in Ireland. By 1895, after already serving as a missionary in Japan and Ceylon (now Sri Lanka), Carmichael devoted herself to bringing the Gospel to South India.

Immediately, Carmichael started wrestling through the idea of what came to be known as contextualization, how best to present the Gospel in that cultural setting. For example, unlike most missionaries at the time, Amy wore the same clothes as the local population. She traveled with a group of Indian women converts known as the Starry Cluster and would tell anyone, regardless of caste (another cultural reality), about God’s love. Many women fleeing slavery and prostitution in Indian temples came to Christ because of her teaching.

One day, a young girl named Preena, who had been sold as a temple slave by her widowed mother and literally branded when she tried to run away, listened as Amy Carmichael told of God’s love. Preena ran away again, this time to Amy’s house.

Amy knew that if she took Preena in, she could be charged with kidnapping. However, she also knew that to send Preena back would mean further beatings or even death. Driven by the truth of the Gospel, Amy welcomed Preena into her home.

This led Amy to begin studying the caste system in more detail. She learned that children were often dedicated to the gods and left at temples to be slaves and child prostitutes. Horrified, she dedicated the rest of her life to fighting these abuses. As word spread, children and teenagers who had run away from temples began to show up at her door. Soon, Amy was looking after almost 50 people. So, she moved all of them to the city of Dohnavur and established the Dohnavur Fellowship, a home for former child prostitutes.

In 1901, Amy was taken to court by infuriated Hindu priests. Still, Amy continued to provide a home for any child who came to her for help, and the priests’ lawsuit was ultimately dismissed. In 1918, she added a home for boys, many of them former temple prostitutes.

Throughout her life, Amy Carmichael took in over 1,000 children, giving each one a new home, renewed hope, and even a new name.

In 1931, Amy had a serious accident and broke both her leg and her ankle, and badly injured her hip and back. This, combined with neuralgia, effectively left Amy bedridden for the rest of her life. As a result, she led the Dohnavur Fellowship from her bedroom.

In 1948, largely because of Amy’s work, child prostitution was outlawed in India. Three years later, Amy died at the age of 83. At her request, no stone marked her burial place. Instead, the children she had saved erected a birdbath over her grave, engraved with the word Amma, which means “Mother.”

The parallels between what children faced in that pagan culture and what children face in our pagan culture are obvious. In both contexts, children are sacrificed to sexual ideologies and forced to serve the desires of adults. In both contexts, anyone who resists faces significant social pressures, even political penalties. One difference is that Carmichael didn’t think that standing for children would be an impediment to telling people about the love of God. On the contrary, she believed it was an essential part of serving Christ in that pagan culture.

This Breakpoint was co-authored by Dr. Glenn Sunshine. For more resources to live like a Christian in this cultural moment, go to colsoncenter.org.