Unhappily Married or Happily Divorced - Which is Better for Kids? - BreakPoint
Skip to content 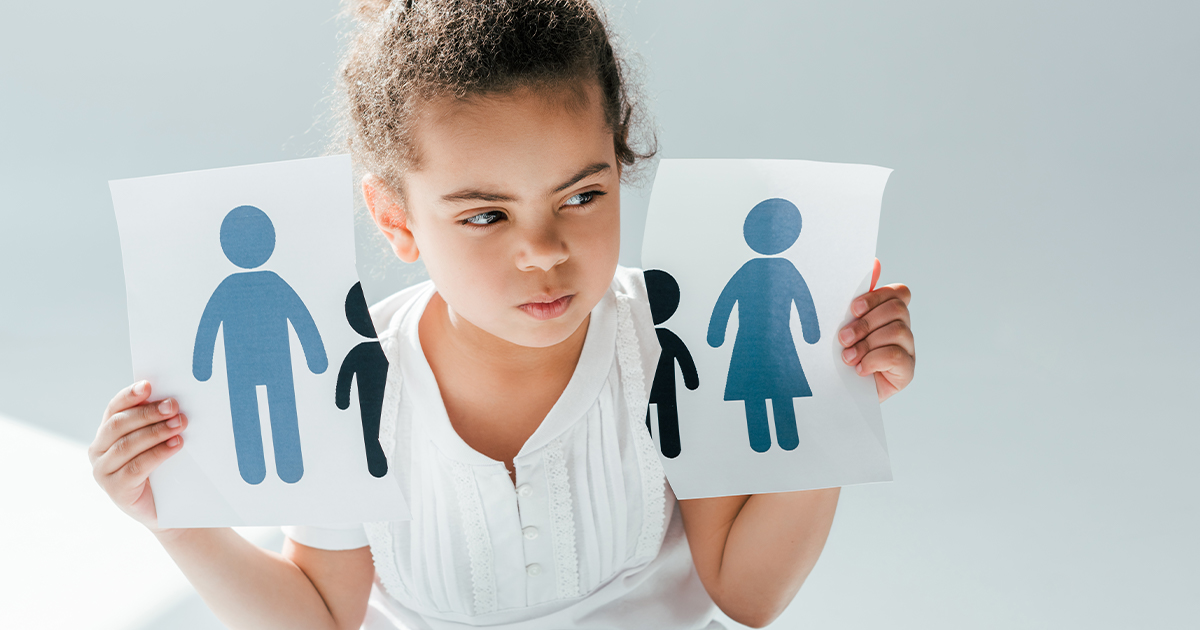 
Unhappily Married or Happily Divorced – Which is Better for Kids?

In various forms and in various expressions, the perpetual myth repeated in each chapter of the sexual revolution (as each new extreme becomes a norm in our culture) is this phrase: The kids will be fine. It all started with no-fault divorce. That first version of the kids will be fine went something like this: “Kids will be better off with happy parents that aren’t married than with unhappy parents that stay married.”

Last week, my friend Katie Faust tweeted the following: “The safest place statistically on record for children is in the home of their married biological mother and father.” She was responding to a tweet thread from a gentleman who experienced horrific abuse following the divorce of his parents. This week our What Would You Say? team addressed this question of whether a child is better off with parents who are unhappily married, or happily divorced. That language itself needs to be unpacked since the statistics are striking. Below is an edited transcript of Katy Faust speaking on children of divorce on the recent What Would You Say? video:

In headlines about a celebrity divorce, or in conversations with friends in struggling marriages we often hear that it will be better for kids if their unhappy parents get a divorce. But is that really true?

No. Here are three reasons why.

Number one is that kids don’t just “get over” divorce. We often talk about divorce like it’s a cold. Bothersome, but the kids will get over it. Divorce affects children’s bodies, minds, and hearts for a very long time. For many kids, divorce kicks off a lifetime of loss and transition. Instability is often a feature of a child’s life after a divorce. One study found that nearly half of children with divorced parents had not seen their father in the past year.

Number two: For kids, two homes are not better than one. According to one long-term study of children of parents who lived in two different homes, these children (on average) obtained less education, experienced more unemployment, were more likely to be divorced themselves, faced a greater occurrence of negative life events, and engaged in riskier behavior than their peers raised in intact homes. Researcher Elizabeth Marquardt discovered these kids were not just living in two different homes — nearly half developed two different personalities. Each home offered different versions of the truth, required keeping different secrets, and operated under two different sets of rules.

Number three: If couples persevere, unhappy marriages often become happy marriages. In the past, marriage was considered a permanent union unless one party was deemed at fault because of something like adultery, abuse, or abandonment. Since the passage of no-fault divorce laws, spouses can divorce for any reason or no reason at all. Now the majority of divorces take place because parents are unhappy or have fallen out of love. These are often called irreconcilable differences. One study found that a third of unhappy couples with new babies divorced, but of the two-thirds who persisted, 93% reported happy marriages. A 2002 report found that two-thirds of unhappily married adults who chose to stick it out reported happier marriages five years later. What’s more, unhappy couples who divorced were no happier on average than those who stayed together.

Harry Benson, research director of The Marriage Foundation, noted that contrary to popular belief, staying in an unhappy marriage could be the best thing you ever do. In cases of abuse, safety must be a priority. And in cases of adultery, the marriage may be irreconcilable, but even if leaving an unsafe situation is the right thing to do, divorce still inflicts a heavy mental, emotional, and physical toll on children. There are scenarios in which the harm that divorce inflicts on children is justified, but adult happiness is not one of them.

Just Whom Is This Divorce ‘Good’ For?

Happily Divorced vs. Unhappily Married – Which is Better for Kids?