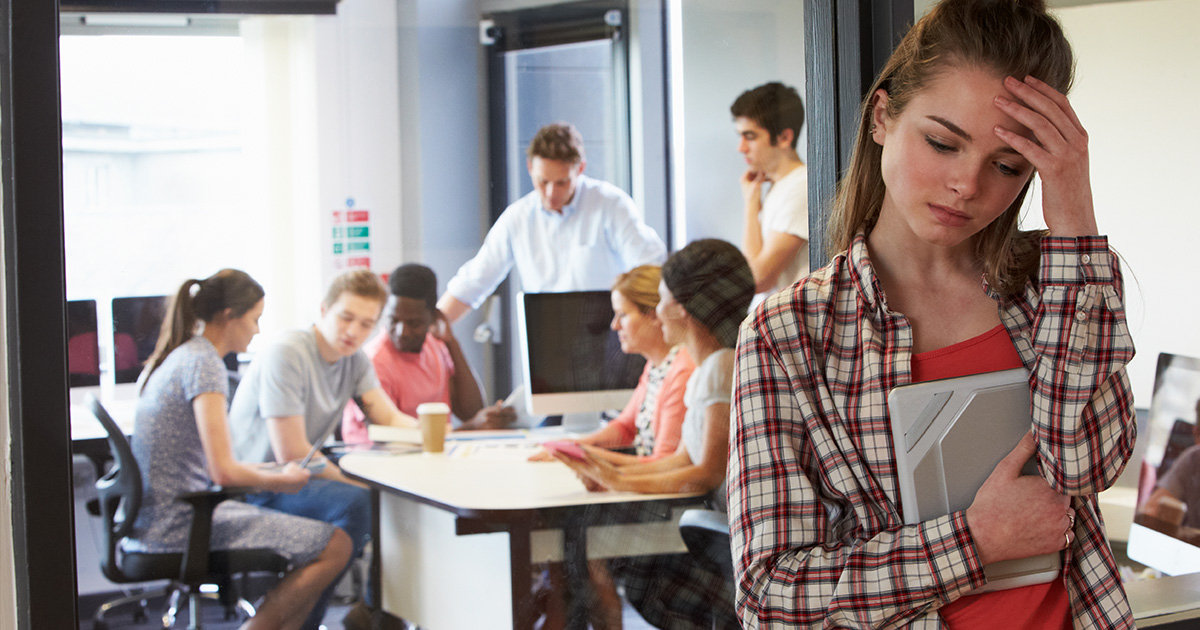 Brandeis students placed the term “trigger warning” on their list of triggering words. Their reason, and I quote, was that “‘Warning’ can signify that something is imminent or guaranteed to happen, which may cause additional stress about the content to be covered.”

When the University of Northampton added a trigger warning to George Orwell’s 1984 last year, a fresh round of conversations about speech and censorship followed. What do people in a free society owe each other when it comes to our words? What is the nature and purpose of education? Is it possible to have accountability without real debate?

Many educational institutions are taking extreme measures to eradicate language they think is problematic. Students at Brandeis University, for example, compiled a suggested word list for students and faculty to avoid. It included terms with any conceivable sexist, racist, or ableist undertones. Phrases like “killing it,” for example, made the list because of their supposedly violent connotations. Others, like “rule of thumb,” “you guys,” or “that’s crazy” were included for even less convincing rationale.

In one of the strangest ironies, Brandeis students placed the term “trigger warning” on their list of triggering words. Their reason, and I quote, was that “‘Warning’ can signify that something is imminent or guaranteed to happen, which may cause additional stress about the content to be covered.”

Ah, but there’s a plot twist here: Recent studies now question the effectiveness of trigger warnings for this exact reason. As it turns out, the students were on to something.

For example, a study published in the Journal of Behavior Therapy and Experimental Psychiatry found that, on average, trigger warnings increase peoples’ perceived emotional vulnerability to trauma. For example, reading material identified as harmful led to an increase in anxiety. Crucially, these findings only held if the reader actually “believed that words can cause harm” in the first place.

In other words, teach a generation that certain words cause harm, and it becomes a self-fulfilling prophecy. The same logic applies to other “trigger warnings,” like the Brandeis word list: They may create the exact anxiety they’re intended to prevent.

As Greg Lukianoff and Jonathan Haidt write in their book, The Coddling of the American Mind,

“A culture that allows the concept of ‘safety’ to creep so far that it equates emotional discomfort with physical danger is a culture that encourages people to systematically protect one another from the very experiences embedded in daily life that they need in order to become strong and healthy.”

This is not to say any limits or changes in language amount to censorship. Derogatory terms for people of a different race or with a disability such as Down Syndrome once passed as normal in even “respectable” parts of society. Ridding our language of dehumanizing terms is a necessary improvement.

On a personal level, we all need to filter the content we take in daily. That was the idea behind the rating system for movies, which has proven to be more than a bit problematic. For example, Indiana Jones and The Temple of Doom initially received a PG rating despite portraying a cultic ritual where a man’s still-beating heart is pulled out of his chest. The uproar by parents is what led to the PG-13 rating. On the other hand, Facing the Giants, the Christian movie, received a PG rating instead of G because critics feared it was too religious and would offend viewers. The whole thing is a mess.

Even so, we should be able to see that there’s a world of difference between old-fashioned parental guidance—really, what can be called wisdom—and immediately removing anything controversial under the guise of it being “triggering.” The former acknowledges moral agency, something that needs constant cultivation.  The latter treats us as passive victims of ideas in need of coddling.

And to be clear, there is always a moral framework behind anything that is labeled as “triggering” speech.  Even when it’s not clear who is making the rules, they reflect some worldview.  And once set in stone, violating these rules is anathema … the equivalent of an act of violence. That’s not only an impossible system to uphold, it leads to a culture void of real moral discourse and the possibility of forgiveness.

This is our current context, and it presents quite a challenge for Christian parents. The answer is not to create our own version of intellectual isolation, hiding from any and all offensive content, shying away from tough topics like sexuality or CRT, or arguing as if the violation of our own feelings is legitimate moral reasoning. In the words of Lukianoff and Haidt, “Prepare the child for the road, not the road for the child.”

All Christians, but especially students, need to be able to think critically and to articulate why things like free speech matter. The best antidote for fragility is the confidence that only comes from real preparation. That kind of confidence is the only way to avoid resorting to outrage as a strategy, and to instead follow the example of Jesus, Who is truth and love together.

Intellectual fragility, on the other hand, is neither truth nor love.