Barronelle Stutzman Testifies That God's Promises Can Be Trusted - Breakpoint
Help make a bigger worldview possible for Christians around the globe with a year-end gift!
Skip to content 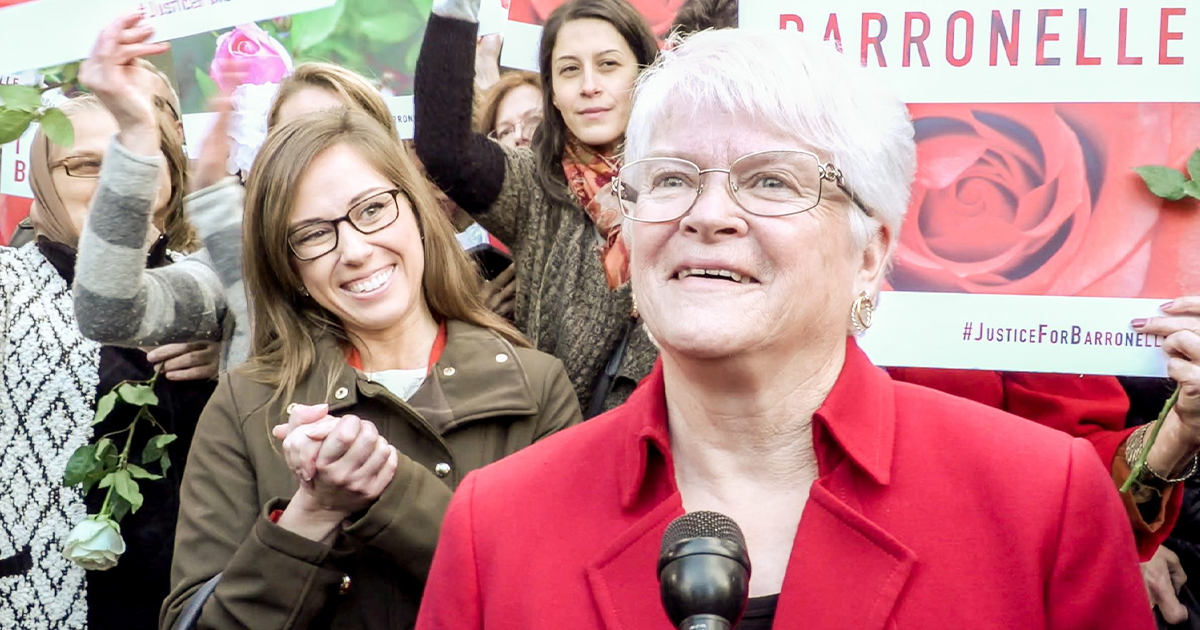 
Barronelle Stutzman Testifies That God’s Promises Can Be Trusted

The Supreme Court has declined to pick up the case of Barronelle Stutzman in the Arlene’s Flowers lawsuit. As a result, she now faces the full consequences of the decisions of the lower court in the State of Washington. It has been an eight year legal battle for Barronelle since she took a stance against gay marriage as a business owner. She stood for what she believed about marriage and was not vindicated by the courts.

The case, now in its latest development, has shown a significant nuance in legal culture in America. The court has shown a repeated willingness to defend Christian institutions, pastors, and religious organizations who hold to their deeply held beliefs. But Barronelle’s case demonstrates that religious freedom is being lost, not by organizations and people in pastoral roles, but in the rights of parishioners and individuals to order their public lives according to their beliefs, especially in the world of commerce.

It is clear we Christians owe Barronelle a debt of gratitude as she has demonstrated that it is possible to stand for truth and goodness, and how to do it. On this week’s Strong Women podcast, Barronelle spoke with co-hosts Sarah Stonestreet and Erin Kunkle about her case. She offered her perspective not only on what it has meant for her to stand for truth, but to do it right: by loving her persecutors, and ultimately relinquishing all to God. Below is an excerpt of Barronelle Stutzman’s interview on the Strong Women podcast:

I absolutely love Rob and I would wait on him for another 10 years if he came in [to the store]. He has a great sense of humor and he loves artistic things, and he would come in and say, “This [arrangement] is for Kurt’s birthday, and this is what I’m thinking … Now just do your thing, just create.”

And I absolutely love that because I do a lot of “bread and butter” work, as they call it in the floral business. But he let me use my artistic ability to make something different and unique. And we had a great time. We got along awesome until the government stepped in. And I miss him.

Rob came in to talk to me about getting married [to Kurt] and before he got too far, I told him that I could not serve his wedding because of my relationship with Jesus Christ. Weddings symbolize the relationship between Christ and his Church. And weddings are very involved. You spend months with the bride and groom; you get to know them, you get to know how they argue, how they met, and what their favorite color is. Those things are so personal, and for me, it is such a sacred ceremony. To create something for Rob and Kurt’s wedding was just something I could not do.

Our faith, our freedoms, and our Constitution are slowly being taken away piece by piece. And because we’re Christians, we want to be loving, we want to be kind. But no, Jesus was spit upon, He was kicked out of town, He was called names, He wasn’t politically correct. Yet He still loved and He still stood, and He is our example to stand on. I just pray that God gives us the strength and the obedience to stand strong. Pray for our churches, and that our churches would begin to rise up and realize that we need to be obedient to Christ’s word. Pray for Kurt and Rob through this also.

Listen to Barronelle Stutzman on the Strong Women Podcast>>