Addressing Abuse - Breakpoint
How can we respond to those around us with truth and love? Give today to receive this month's featured resource.
Skip to content 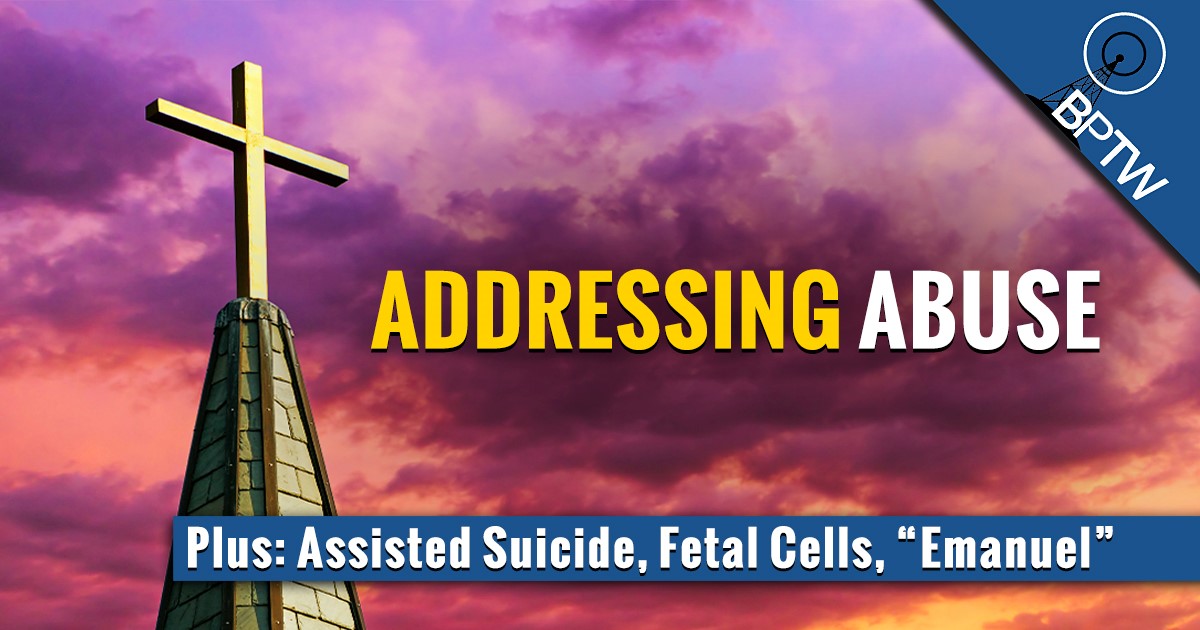 Warren Cole Smith and G. Shane Morris (sitting in for John Stonestreet) discuss how the Southern Baptist Convention and the Catholic bishops in America are addressing their clerical abuse scandals–and the effect of those scandals on the faith.

Also on this weekend’s episode: Maine approves assisted suicide, the Trump Administration ends funding for a project that used cell lines from aborted babies, Missouri’s last abortion shop remains open, the Netflix series “Chernobyl,” and “Emanuel,” the new documentary about the victims and survivors of the Charleston church shooting.