An Attack on Our Shared Humanity - Breakpoint
How can we respond to those around us with truth and love? Give today to receive this month's featured resource.
Skip to content 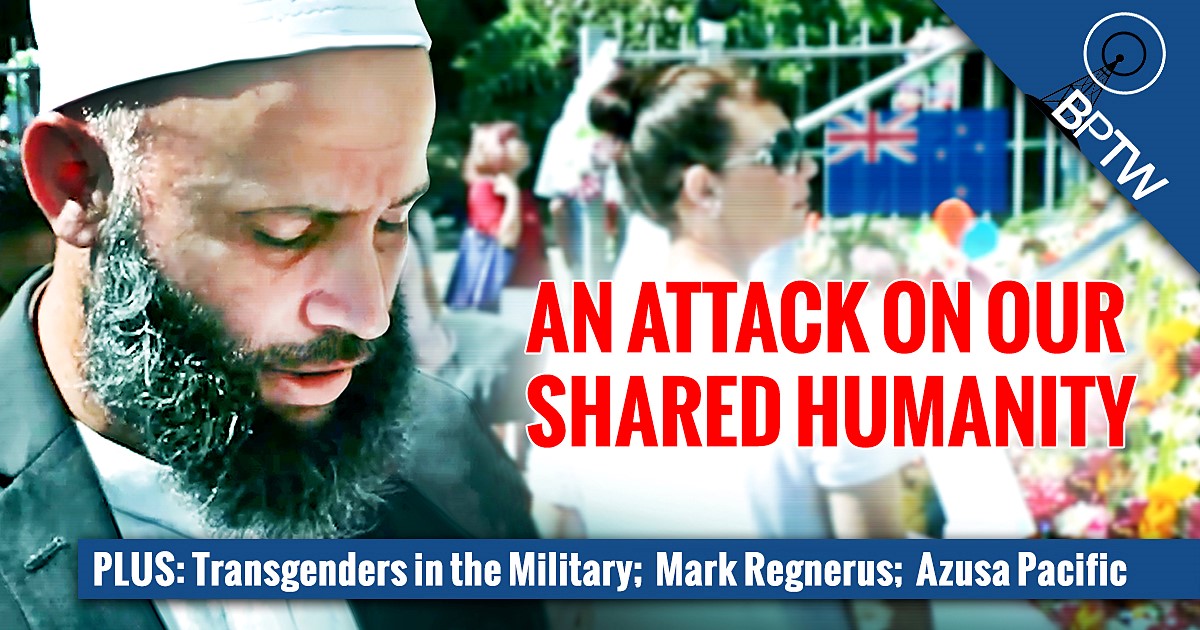 
An Attack on Our Shared Humanity

John Stonestreet and Warren Smith discuss the ultimate irony of the New Zealand terror attack. The murderer claimed to defend Western civilization, but openly attacked the very foundation of Western civilization itself: The idea of our shared humanity, that all are created equal.

They also discuss the Trump Administration’s order on transsexuals in the military, the work–and professional courage–of University of Texas sociologist Mark Regnerus, and Azusa Pacific University’s confusing–and ultimately harmful–reversal on its policies regarding student behavior.