College Admissions-"If You Got the Dough, You Go to the Show" - BreakPoint
Skip to content 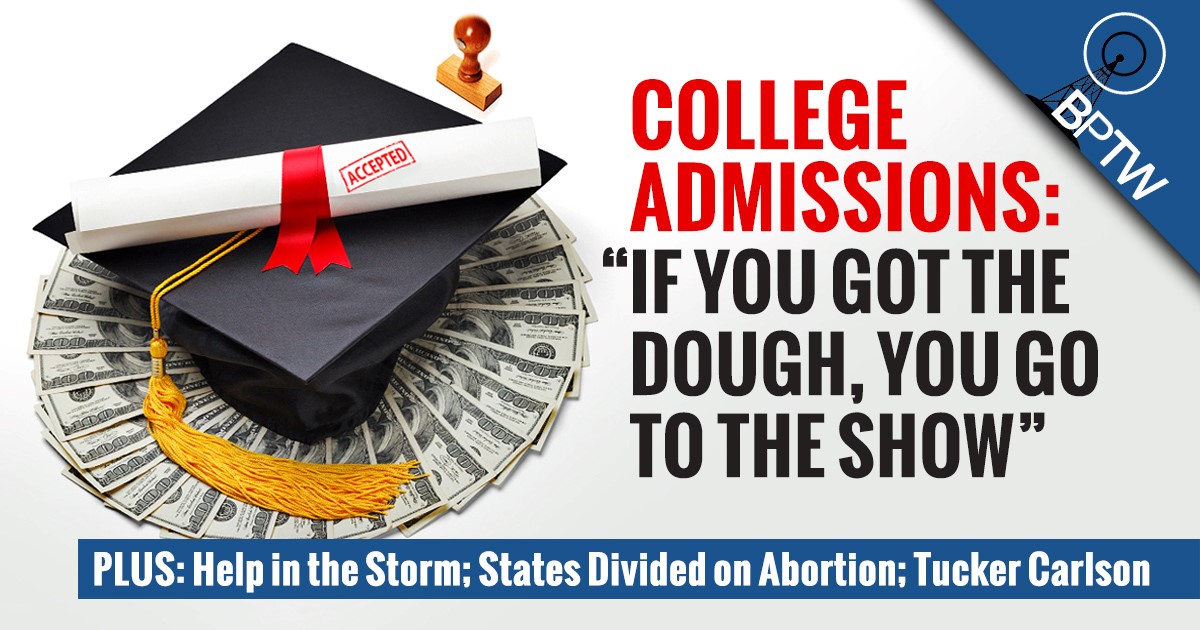 
College Admissions–“If You Got the Dough, You Go to the Show”

“If you got the dough, you go to the show.” So says Warren Smith about the College admissions scandal. He and John Stonestreet also discuss what’s really missing in all the discussion about the scandal: Many students today go to college not to learn, but, as John says, “to get a job, to get money to buy stuff, to retire, then die.”

John and Warren also take up the growing divided between conservative and liberal states when it comes to abortion laws, and the predicament that Tucker Carlson finds himself in for remarks he made years ago.

John also shares his experience of how technology and good neighbors helped rescue a stranded motorist in blizzard-bound Colorado.

Please note:  John and Warren recorded this week’s conversation before the horrific killing of 49 people at two mosques in New Zealand. The Colson Center mourns with that nation, including many personal friends there, and especially with the families of those taken in this evil act of violence.