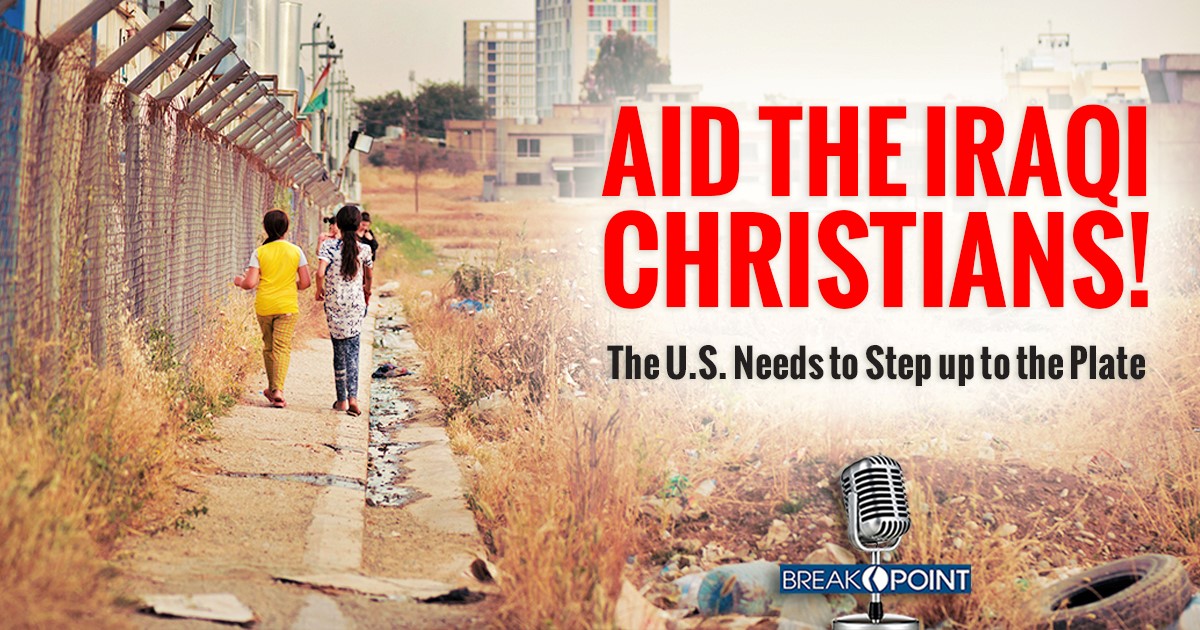 For too long the U.S. government has done too little to aid Iraqi Christians. That has to change.

It takes courage to be a Christian in Iraq, more courage than I or I’d bet most of us can even imagine. Some of the courage we see from our brothers and sisters there comes from the church’s deep roots in the region.

Tradition holds that the Gospel was first preached in what is now Iraq by Thaddeus, who was either the Apostle of the same name or one of Jesus’ seventy other disciples mentioned in Luke 10.

By the end of the first century, when most of our ancestors were still worshipping trees, the Aramaic-speaking people of what is now northern Iraq worshipped the Triune God.

Their faith has survived for generations, including through the coming of Islam and the Mongol hordes. But it might not survive American faithlessness.

Last October, Vice-President Pence announced that “From this day forward, America will provide support directly to persecuted communities through [the United States Agency for International Development]” instead of the “ineffective relief efforts at the United Nations.”

At the time it was a welcome announcement. That’s because little, if any, of the $1.4 billion in U. S. humanitarian aid distributed by the U.N. actually reached Iraqi Christians.

In their article, McFarlane and Smith ask, “Where is the direct aid Mr. Pence promised?” They warn that “the light of Iraqi Christianity could be permanently extinguished” if the U.S. doesn’t keep faith with Iraqi Christians.

That same day, an even blunter assessment was published at National Review. Benedict Kiely of Nasarean.org wrote that Middle Eastern Christians, especially Iraqi ones, no longer consider the United States to be a serious ally.

It’s impossible to overstate how shameful this neglect is. And thankfully, as the Washington Free Beacon reports, the Vice-President agreed. “Irate . . . about the lack of progress in getting aid to Christian and Yazidi minorities,” he immediately ordered the USAID administrator to go to Iraq to “expedite the grant making process and ensure aid gets to the most vulnerable communities as quickly as possible.”

This is an important step to right what’s become a 15-year wrong. Since the invasion of Iraq in 2003, Iraqi Christians have been, at best, an afterthought in the minds of American policymakers. They failed to provide for their security when Saddam Hussein was deposed, and more recently, the United States failed to recognize the threat by ISIS posed against Iraq’s Christians. It took until March 2016 to use the word “genocide” in this context.

And as if to add insult to repeated injury, Iraqi Christians have been victimized by the administration’s immigration and refugee policy. According to the CATO Institute, “rather than rescuing more Christian refugees than prior presidents,” as he promised during the 2016 campaign, “President Trump has halved their numbers.”

McFarlane and Smith are absolutely correct when they write that “USAID must use whatever creativity is necessary to complete its mission and keep Mr. Pence’s pledge to Iraq’s religious minorities.”

And they’re correct to call on the Senate to “swiftly pass bipartisan legislation to authorize funding for these victimized communities.”

If we can’t do this much, then calling us “unreliable” would be putting the matter charitably.