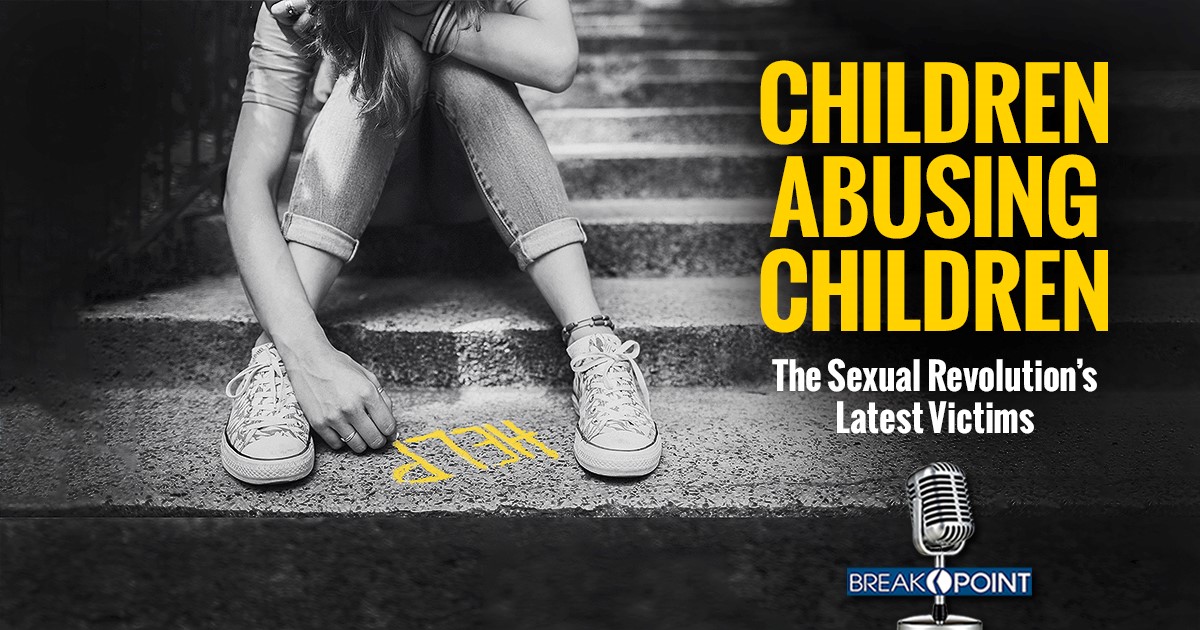 It’s never harmless; for those who produce it, for those who consume it, or for the growing number of children abused because of it.

According to a recent news report, parents today have far worse things to worry about than black eyes and bloody noses on the playground, or their kids learning cuss words from their friends, or their kids failing geometry.

Reporters at Kansas City television station KSHB recently interviewed doctors and nurses at Children’s Mercy Hospital. This is a hospital that sees 1,000 children each year who have been sexually assaulted. Heidi Olson, a nurse there who treats these victims, said she was shocked at what the data has told them: “almost half of our perpetrators are minors” between the ages of eleven and fifteen. You heard that right. We have an epidemic now of children abusing children.

Little girls between the ages of four and eight are the most likely victims. As the father of three young girls, this is hard to stomach. But it gets worse. According to Jennifer Hanson, a child abuse pediatrician at Mercy, many of these assaults “include physical violence in addition to sexual violence.”

I’ve said it before on BreakPoint and I will say it again and again: Ideas have consequences, and bad ideas have victims. And the consistent casualties of the sexual revolution are children, and that victim count climbs year after year.

Among the truths challenged and usurped by the sexual revolution is that sex, and everything related to it, should be reserved for marriage. From the beginning, when sex was divorced from marriage and procreation, children have paid a high cost as adult sexual desire became the telos, the ultimate goal of life. The kids, we’ve been told over and over, will be fine: the kids born out of wedlock, the kids who grow up without fathers, the kids abused by their mothers’ live-in boyfriends, the unborn kids not wanted and aborted, the kids who are the social experiments of our new ideas about sex and gender.

Shockingly, twenty five percent of all sex crimes are now committed by minors.

But please, don’t forget the most important thing. We must teach our children what sex is for, how it fits in God’s beautiful and kind design for those He made in His image.  As the doctors and nurses at Mercy Hospital have tragically discovered, the fruit of the sexual revolution is rotten and deadly. But God’s plan for humanity is light and life.

We want to help you navigate the culture, and to separate fact from fiction in the news this coming year. So the Colson Center is offering our supporters a one-year subscription to WORLD magazine, for yourself or to give away to friends or family. WORLD is an outstanding Christian news source, and when you make an online donation at BreakPoint.org, you’ll get a one-year subscription for yourself or for someone else.