Christian Refugees Need a New Home - Breakpoint
Give today to learn what it means to be a thoughtful Christian!
Skip to content 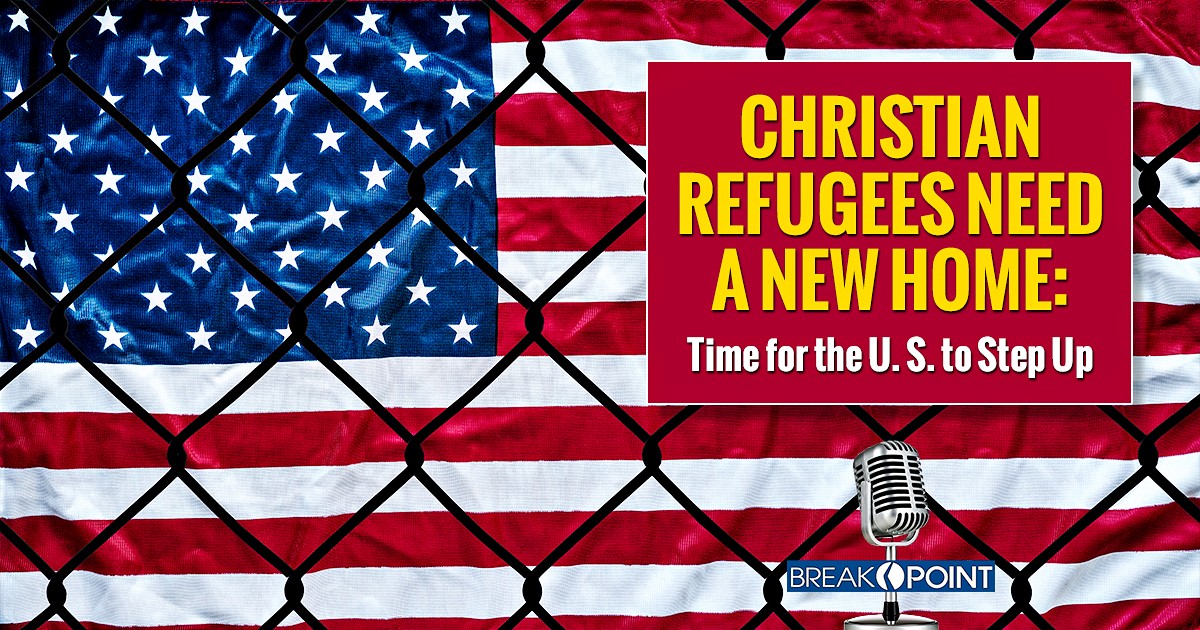 The Trump Administration has been a stalwart defender of Americans’ religious liberty. From repealing the HHS mandate, to protecting religious rights in the workplace, and especially the appointment of justices and judges who respect the first amendment, the “more” that was promised by the President after that initial executive order has been delivered.

However, the Administration’s actions concerning religious freedom outside the United States is not as impressive as its talk. Last summer’s Ministerial to Advance Religious Freedom featured spellbinding rhetoric delivered by a “Who’s Who” of people who’ve devoted their lives to the cause of religious freedom. The ministerial culminated in a statement called the “Potomac Declaration,” which stated, among other things, that “Religious freedom is universal and inalienable, and states must respect and protect this human right.”

Remember the scene in the movie “Braveheart,” in which Mel Gibson’s William Wallace delivers a barn burner of a speech to Scottish forces, whereupon Stephen, his Irish lieutenant, asks, “Fine speech. Now what?”

While Wallace had an answer for Stephen, unfortunately the same cannot be said of the current administration, as WORLD magazine recently reported. “Under [the Trump] administration,” WORLD told its readers, “refugee admissions have plunged to historic lows, with persecuted Christians in the Middle East suffering from the fallout.”

Just how low? “The number of Middle East Christians admitted into the United States in 2018 fell by a staggering 98 percent from 2016. Christians from countries that Open Doors ranked highest for religious persecution saw a 76 percent decline from 2016 to 2018.”

So far, the downward trend is continuing in 2019. In the first months of this year, “30 Iranian Christians, 25 Iraqi Christians, and zero Syrian Christian refugees” had been admitted to the United States.

As the saying goes, these low numbers aren’t a bug of the system, they’re a feature. According to one former administration official, the architect of White House immigration policy, Stephen Miller, once said that he “would be happy if not a single refugee foot ever again touched American soil.”

Whatever you make of the truthfulness of that story, the truth of the refugee story remains: Unless the U.S. is willing to admit persecuted religious minorities as refugees, the Potomac Declaration, as well as all those great speeches by those amazing leaders at the Ministerial are nothing but empty noise.

Unfortunately, these are the least likely places to take the Potomac Declaration to heart, which leaves us with the question, “Now what?”

At least part of the answer has to be for the United States to admit people fleeing religious persecution as refugees. Otherwise we’re sending a clear message to their persecutors that we don’t mean what we say about religious freedom.

As WORLD says, this administration “runs the risk of growing disillusionment among Christians for whom their persecuted brethren is a key concern.”

Christians have enjoyed nearly-unprecedented access to the White House, to administration officials and many of the promises made to us have been kept. Unfortunately, the promise to aid persecuted Christians around the world has not been kept. We see our persecuted brothers and sisters caught up in the middle of what is a very necessary larger debate over immigration. The administration could both secure the border and help refugees under religious persecution. And if it did, it would be a huge political win.

But even more important, with each year setting new records for religious persecution and martyrs around the world, it’s the right thing to do.