DACA and the Supreme Court - BreakPoint
Skip to content 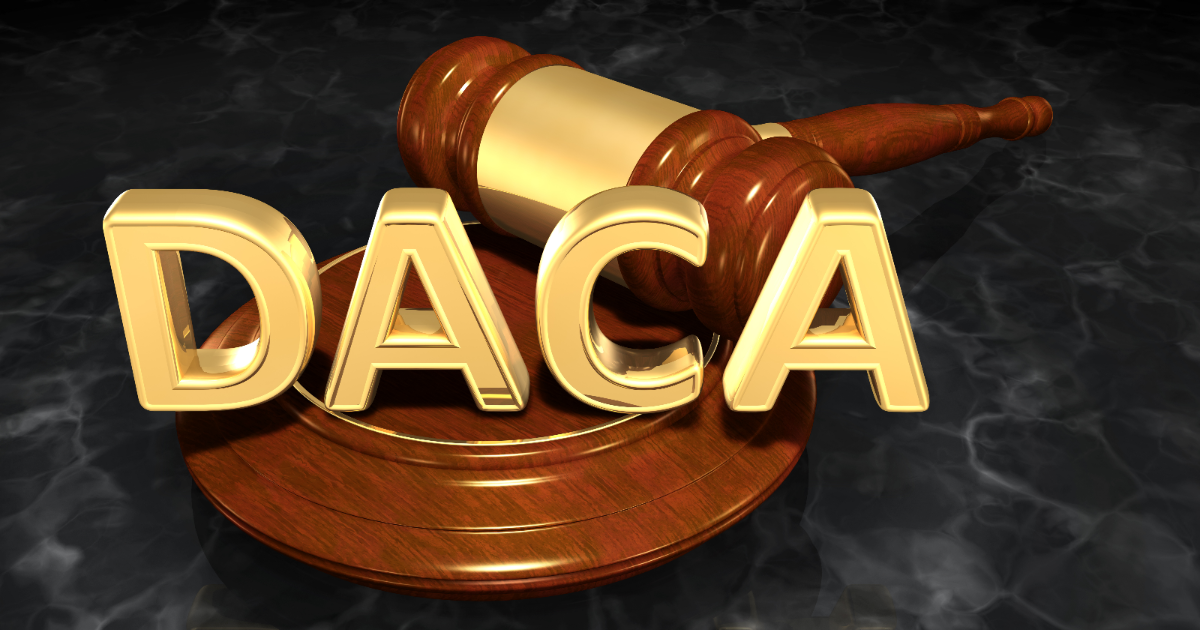 
DACA and the Supreme Court

It never should have come to this.

Yesterday, the Supreme Court heard oral arguments over the fate of the Deferred Action for Childhood Arrivals, a.k.a, DACA.

In 2012, President Obama issued an executive order that allowed “unauthorized immigrants who were brought to the U. S. as children, to live and work in the United States” legally. Approximately 700,000 people, dubbed “Dreamers,” are currently covered under DACA.

In 2017, the Trump administration announced it was ending DACA, giving Congress six months to offer a possible replacement solution.

In recent years, both political parties have shifted talking points on immigration and now effectively hold positions dictated by their most extreme members. Any hope for a legislative solution seems impossible. Rulings by various federal courts against the White House only have entrenched the stalemate.

What will the Supreme Court decide? Three outcomes seem most likely.

The Court could agree with lower courts that the administration failed to meet the necessary legal requirements for ending DACA. That wouldn’t be the same thing as saying the administration can’t end DACA, since it was an executive order and not an act of Congress. This would be more of an immediate decision based on a technicality.

Or, the Court could rule that the administration’s decision to end DACA was legal and also legally implemented. If that happens, Dreamers would face deportation as soon as their current authorization expired.

Or, the Court could issue a more sweeping ruling that President Obama’s initial DACA executive order was illegal. That is the argument being made by the Trump administration and would prevent a future President from reinstating DACA.

The better question is, of course, what should the Supreme Court decide?

Frankly, I don’t know. In a perfect world, a decision on this would have been made years ago, one that balanced concerns over immigration numbers, enforcing borders, human dignity, and constitutionality. But the thing we can’t change is that we’re now having this debate in the context of a full-on immigration mess, with the futures of 700,000 human beings on the line, who are largely in this country through no fault of their own.

Like I said, it never should’ve come to this. But it did—because this is what happens when politics takes over everything.

In an upcoming video in our “What Would You Say?” series, we answer the question about whether churches should be engaged in “political issues.”

Our answer is that the question is wrong from the very beginning. Why? Because, in reality, there is no such thing as a political issue.

There are economic issues, environmental issues, criminal justice issues, national security issues, and, yes, immigration issues. But politics is not a category of issues. Politics is a process by which we work through issues in an attempt to order our lives together. What side of the road should we drive on? What’s the definition of marriage? Who should be allowed in the country and who shouldn’t?

But in America almost everything has been reduced down, and is now thought of, as entirely political issues. When that happens, moral decisions become matters of power and influence. In cases like DACA, when what’s at stake are actual people, then both citizens and immigrants alike become dehumanized victims of a process out of its lane.

So, what’s the way forward? I’m not sure there is one, until we first go back and de-politicize most of American life. I know that’s not a satisfying answer, and I wish I had a better one.