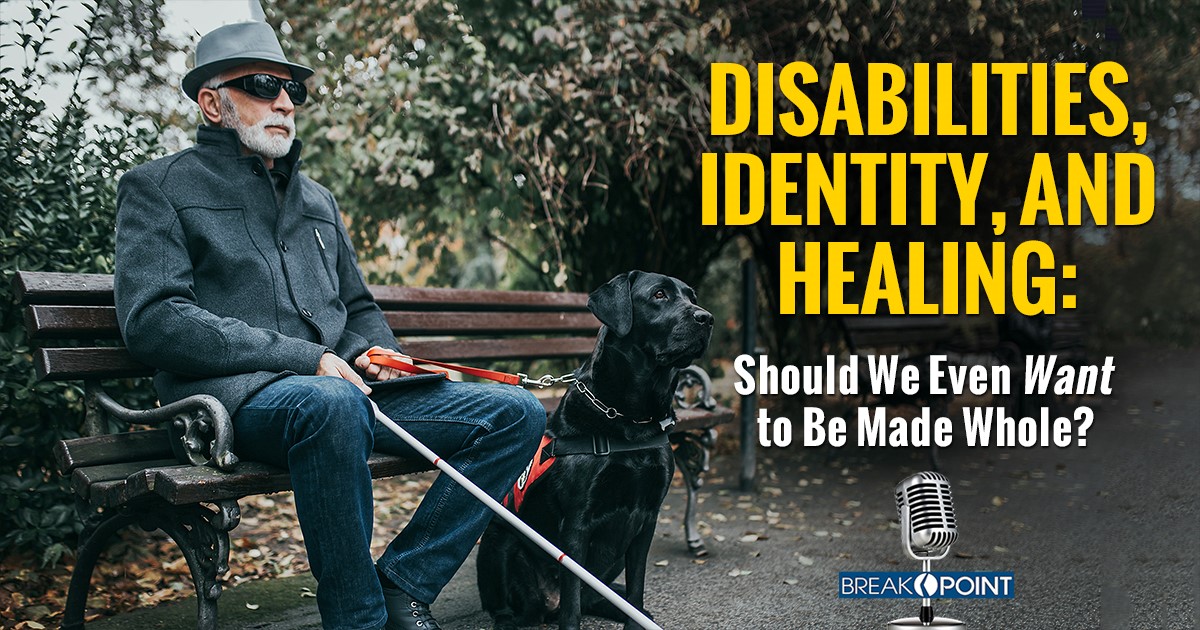 Nearly twenty years ago, Chuck Colson told BreakPoint listeners the story of Gauvin Hughes McCullough. His parents, Sharon and Candace, in addition to being a same-sex couple, were also deaf.

Being deaf was an important, if not the most important, part of their identity. It was so important, in fact, they did everything they could to maximize the chances that their child would also be deaf.

They recruited a deaf friend as a sperm donor and hoped for what they saw as the “best,” which they got: a deaf son.

Chuck’s commentary came to mind after I read a story at the BBC’s website entitled “Stop Trying to ‘Heal’ Me.” The author, BBC digital editor Damon Rose, begins by telling readers that “From time to time, without warning or encouragement, I get approached in the street by Christians who tell me they want to pray for me to get my sight back.”

Now, going up to a total stranger, especially one who cannot see you approaching, and offering to pray for them then and there without getting to know them first could reasonably be called “rude.” The same would be true if you insisted on praying with someone who told you not to.

If that were all Rose was trying to tell people, including well-meaning Christians, that would be fine. But he didn’t stop there. Bad manners were the least of his concerns.

What Rose objected to is the idea that anyone thinks that he needs “to be ‘fixed’ – just as Jesus ‘fixed’ disabled people in the Gospels.” Those are his words, not mine. What the Bible calls “healing,” which in Greek can also mean “salvation,” he views as a form of denigration.

Now if you’re thinking, “What about all the times the Bible tells us that Jesus was moved by compassion for the person He was healing?” Well, then you’re not reading the Bible through the proper modern lens. What matters most nowadays, apparently, is not what Jesus was feeling when He was moved to heal, but how it makes some contemporary readers feel when they read about those stories.

Based on this new criteria, one theologian quoted by Rose suggests that Jesus was wrong to heal those with disabilities. Even worse, she claimed that the people Jesus healed were not “really real characters or real people who have feelings and needs and personalities.” Instead, they were simply opportunities for Jesus to show off His power.

Now to be clear, this theologian quoted also argued that saints and martyrs such as Perpetua, Sergius, and Bacchus were transgender, so make of her statements what you will.

Even so, another person Rose quotes “defended” Jesus’ healings by pointing out there was no welfare state in first century Palestine. I’m not making that up. In her estimation, if Jesus were to see a blind man walking down the street today, He would not feel pity for him.

Chuck pointed out years ago that the case of Gauvin McCullough is what Cornell West called the “cultural politics of difference.” Today, as we see in Rose’s articles, it’s more commonly known as identity politics.

As with McCullough’s parents, Rose and those who agree with him are claiming that what makes them different from other people is what defines who they are. So to suggest, as in the case of cochlear implants for the deaf or divine healing for the blind, that things could be different, or even better, is a personal affront, or even worse. It’s even been compared to genocide.

How different this is than from being at peace with your or your loved one’s disabilities. Think of Joni Erickson Tada or so many parents of children with special needs who see God’s hand at work in their circumstances.

They would never regard God’s compassion or healing as “alienating.” They certainly would not let their pride get in the way of God relieving them or their loved one of their disability.

Whatever our degree of brokenness or disability, none of us are whole. Not a single one of us. That’s why we should all welcome God’s grace and kindness, and why we should long for the day when God will make all things new in Christ—even us.