BreakPoint: Evangelicals and Assisted Reproductive Technology
How can we respond to those around us with truth and love? Give today to receive this month's featured resource.
Skip to content 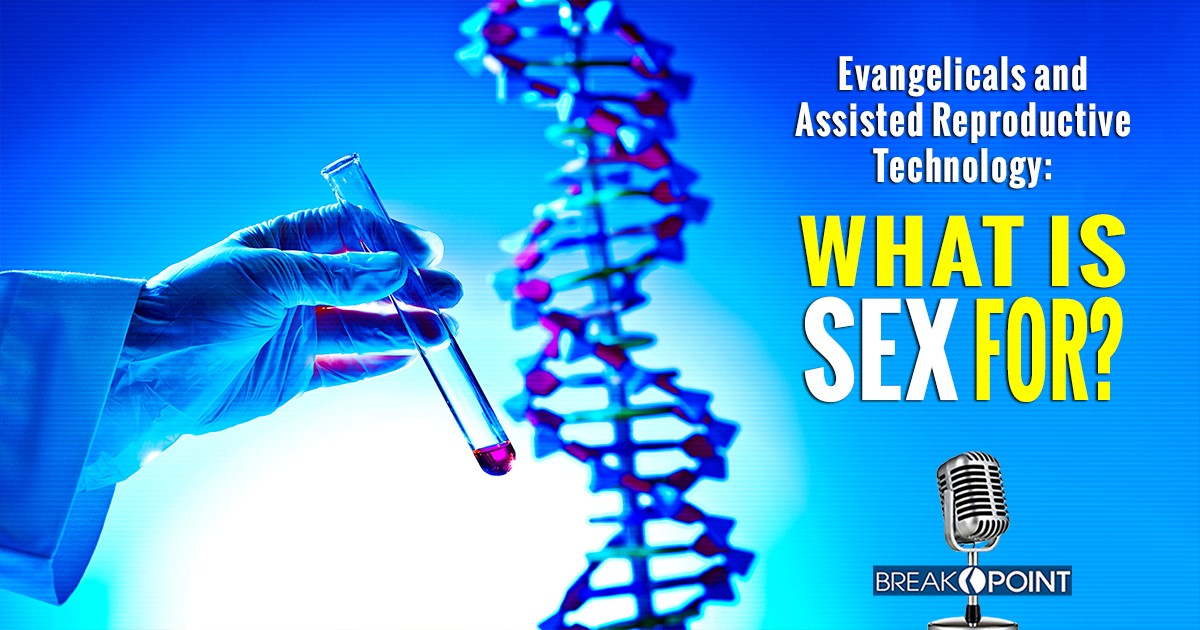 The brilliant T.S. Elliot once observed that before we know what to do with something, we need to know what it’s for. That applies even to sex.

You certainly could use a laptop computer as a puppet or a Frisbee. But that’s not what a laptop is for, and it would be an expensive mistake.

We live in a culture where advances in reproductive technologies give us a myriad of options of what we can do with sex and procreation. But before deciding, we need to be clear on what God designed sex and procreation for. By and large, evangelicals are not clear on these things.

Of course, most evangelicals accept—in theory at least—that marriage is the only place where sex should happen. An increasing number, however, seem uncertain as to whether same-sex couples should be allowed to marry. And many others reject the idea that marriage is the only place where babies should happen, embracing the emerging field of assisted reproductive technology and its diverse uses without asking any of the important questions.

After all, don’t these technologies offer cures for infertility? Aren’t they blessings for those who can’t conceive kids naturally? These are hard and emotional questions, but they require careful thinking.

Pope Paul VI offered our Catholic friends straightforward and purpose-grounded help in answering these questions fifty years ago through an encyclical called Humanae Vitae, which means “Of Human Life.” In it, he offered a comprehensive picture of Christian sexual ethics, from a Catholic perspective. Using both Scripture and natural law, Paul VI argued that sex isn’t just about love or physical intimacy between spouses. That aspect, which he called the “unitive function,” is just one part of God’s design.

Another aspect he called the “procreative function.” To state what should be obvious, sex is designed to make babies! Humanae Vitae reasons that for sexual relations to fulfill God’s unitive and procreative design, sexual acts must be open to marital intimacy and childbearing.

While there are certainly debates to be had about limiting conception, there’s no debate about the inherent, created, purposeful connection between marriage, sex, and children as instituted by God in the Garden when He gave Eve to Adam, and sanctified by God when He gave the Church to Christ as His bride.

Jesus, by the way, pointed back to this design when He was asked about divorce. When asked if it was okay to “do” something with marriage, namely dissolve it, He answered by pointing back to what marriage was “for,” as described in the first chapters of Genesis. With this in view, it’s impossible to reconcile intentionally childless marriages, or for that matter, sex-less children.

Assisted reproductive technologies today radically sever the God-ordained link between marriage, sex, and procreation. This should cause followers of Christ to stop and ask basic questions: “What is sex for?” and “Is this technology fulfilling or violating that purpose?”

The answers have more than theoretical consequences. As I said recently on BreakPoint, surrogacy often exploits poor women and commodifies their wombs. And IVF almost always involves overproduction and screening of embryos. In other words, only the fittest embryos survive and the rest often expire in freezers.

Christian moral reasoning requires more than feelings. And on the fiftieth anniversary of Humanae Vitae, evangelicals need to pause and ask, if God joined sex, marriage, and childbearing together, do we have the right to put it asunder?

Evangelicals and Assisted Reproductive Technology: What Is Sex For?

As John points out, Christians need to thoughtfully consider the cause and effects, as well as the ramifications, involved in assisted reproduction. While it’s true that fertility options abound thanks to technology, we must use wisdom and insight, making choices based on God’s purpose and design, not our feelings.