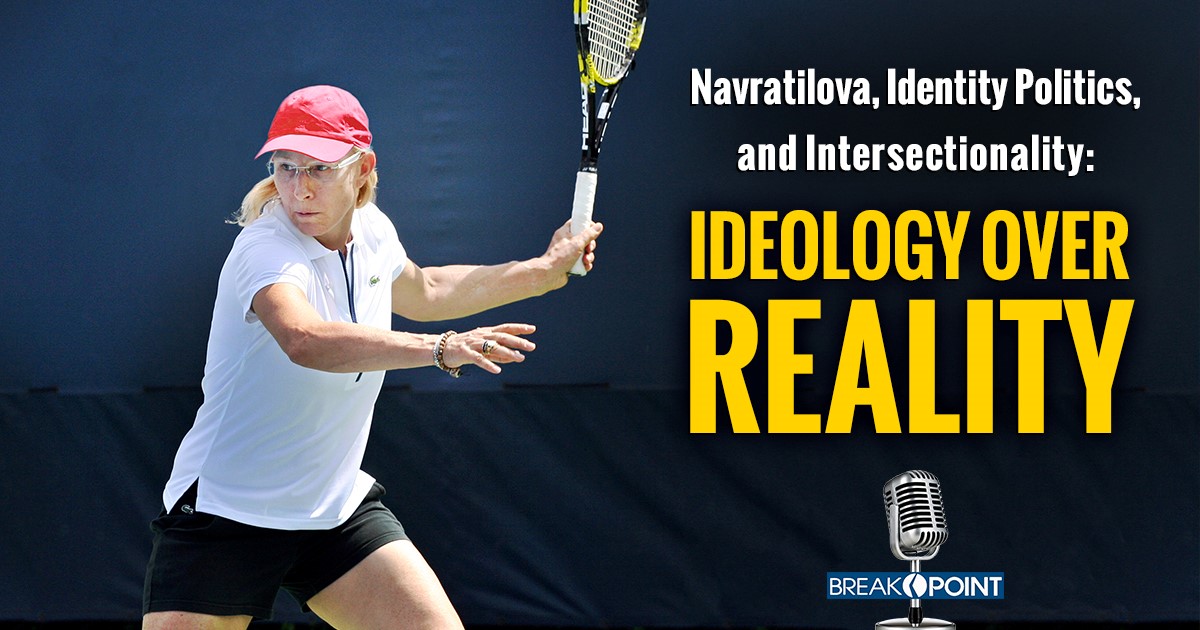 Martina Navratilova is one of the greatest woman tennis players of all time. During her career, she won an astounding 59 Grand Slam titles. She’s in the Hall of Fame, but if there were a tennis Mt. Rushmore, she’d be on it.

And if there were a gay Mount Rushmore, she’d be on that one too. She was one of the first world-class athletes to come out as gay, all the way back in 1981, long before it was common, much less fashionable, to do so.

Despite that resume, Athlete Ally, an LGBT athletic group, removed her from their advisory board and have publicly disassociated from her.

Why? Because though she has long represented the “L” in the LGBT acronym, she offended the “T.”

In a recent column in the Times of London, Navratilova wrote that allowing male athletes who identify as transgender to compete against biological women is “insane.”

This was not the first time she had expressed such an opinion. Last December, she found herself in hot water when she tweeted that “You can’t just proclaim yourself a female and be able to compete against women . . . There must be some standards and having [male genitalia] and competing as a woman would not fit that standard.”

The backlash was swift and harsh. In response, Navratilova said that she would take some time to research and rethink the issue. Her views were, in her words, “only strengthened.”

As she wrote, “To put the argument at its most basic: a man can decide to be female, take hormones if required by whatever sporting organization is concerned, win everything in sight and perhaps earn a small fortune, and then reverse his decision and go back to making babies if he so desires.”

Obviously, that wasn’t the sort of “rethinking” her critics expected. But then again, they weren’t really hoping she’d think. They were demanding ideological conformity.

At a deeper level, this story reveals our society’s embrace of a particularly unworkable variety of identity politics. There are many definitions of “identity politics,” but they all boil down to the idea that the only thing that matters, especially in politics, is the experience of oppression shared by all those who share some identifying marker—like race, gender, sexual orientation/gender identity, etc.

In the identity politics way of keeping score of cultural grievances, everyone’s experience of “oppression” is deemed equally valid and horrific, even if it isn’t.

Now, add to identity politics the idea of “intersectionality.” Intersectionality attempts to pile identities and their oppressive experiences on top of one another. Someone with multiple identity markers can claim degrees of intersectionality and therefore their own special kinds of oppression: For instance, a person might be an Afro-Latina lesbian female. Or a Filipino trans.

The fuzzy math at work here makes the possibility of conflict almost unlimited, an especially acute possibility in the growing acronym of LGBT. The only thing members of this coalition have in common is that they are not heterosexual.

A core tactic of transgender ideology has been to blur and deny any differences between the various letters in that acronym, all while hijacking the narrative of oppression. In the process, they deny all differences between women and men—from strength to traits to the very existence of sex and gender altogether.

Well, Martina Navratilova knows better. She understands the difference between the female body and the male body. She knows that there’s more to being a woman than simply identifying as one. But, saying it out loud makes her persona non grata.

To be precise, she’s now known as a TERF, a “trans-exclusionary radical feminist,” a name that is every bit as insane and unfair as allowing men to compete in women’s sports.

But this is where a hyper post-modern, feelings-and identity-driven worldview leads us: not to fairness. Not to overcoming oppression. Only to insanity.