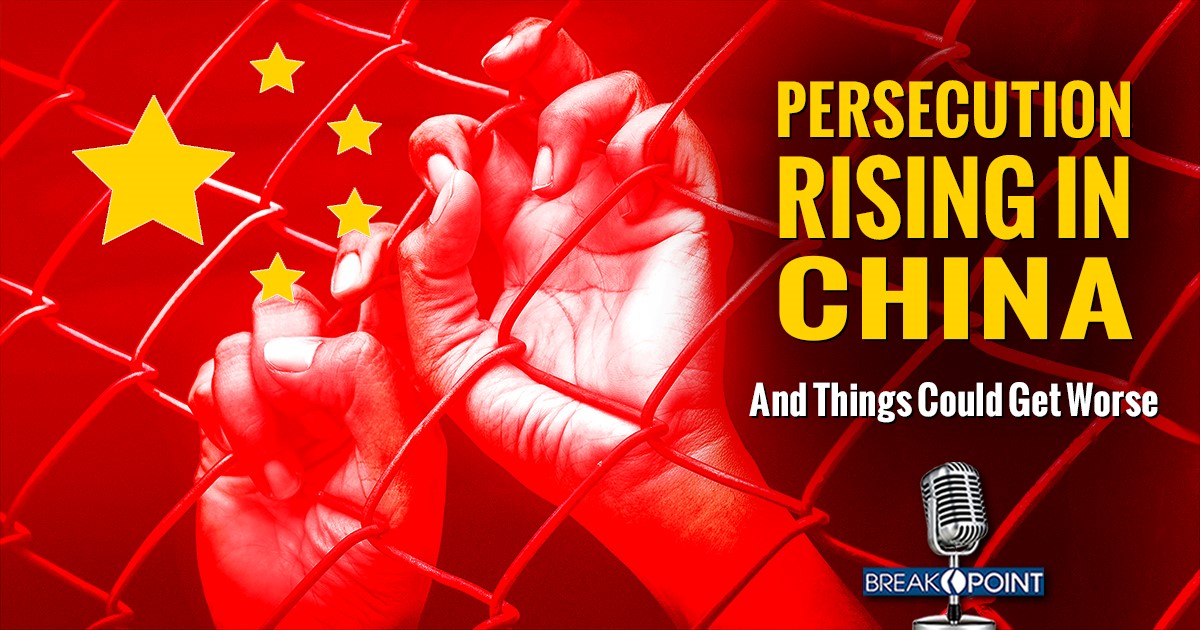 The steadily deteriorating state of religious freedom in China has been a frequent topic of late, both here on BreakPoint and other media outlets. The picture is bleak. An estimated one million Muslim Uighurs have been detained in what are essentially re-education camps, as part of an attempt to erase their religious and cultural identity.

There’s also been a strong assault on Chinese Christianity. What little freedom Chinese Christians had is now being taken away: Provincial officials have demolished crosses, cracked down on house churches, arrested pastors, and put officially-recognized churches under tighter control.

Thus, the recent report out of Liaoning province, a region near the border with North Korea, shouldn’t surprise us. It should trouble and appall us, but not surprise us.

According to the Australian website MercatorNet, the Education Bureau of Lishan district” in Liaoning “issued a plan for the campaign to resist religious beliefs in kindergartens.”

The plan prohibits schools from “hiring [new] teachers who hold religious beliefs.” With regard to existing teachers, it calls for increased supervision, including “comprehensive inspections of teachers’ preparation for lessons in order to root out any and all religious content.”

But the plan doesn’t stop with teachers. Students, as well as teachers, are now required to “sign a commitment statement promising they won’t browse religious websites or participate in religious forums.” The statement reads in part, “I will adhere to the correct political direction, advocate science, promote atheism, and oppose theism.”

It’s not only in that province. Students in other parts of China have also been coerced into signing anti-religious pledges. And there are reports of students who, because they refused to sign, have been beaten.

Unfortunately, short of divine intervention, it may be that things will get significantly worse. As I’ve told you before on BreakPoint, Xi Jinping has become the most powerful Chinese leader since Mao. Like Mao, Xi has fostered a cult of personality. He calls himself lingxiu, a reverential term for “leader” not heard since the days of Mao. It’s very similar to what Fuehrer means in German. Fawning coverage of Xi in official media borders on self-parody.

Christians have been in the crosshairs of the Xi Jinping cult. Believers in south China have been forced to take down pictures of Jesus from their walls and replace them with pictures Xi Jinping.

Not only is he a jealous would-be god, he’s also an insecure one. To understand why, you need to understand that the source of the Communist Party’s legitimacy has been economic growth. For the past forty years, the Chinese people have been asked to trade certain freedoms that we take for granted, such as freedom of speech and religion, for increasing prosperity. That trade has preserved a measure of social order.

But now, many economists see signs that the good times are coming to an end in China. In fact, that may be an understatement. It could be something even worse. As the Wall Street Journal reports, “China’s consumers and businesses are losing confidence. Car sales have plunged. The housing market is stumbling. Some factories are letting workers off for the big Lunar New Year holiday two months early.”

In other words, the Communist Party may not be able to keep up its end of the bargain. If they fail, ordinary Chinese people could remember everything they’ve had to put up with and get angry. Very angry.

So how will Xi respond to this? We already know the answer to that question. He will crack down even harder. Cult leaders don’t admit mistakes, much less give up their power voluntarily. They look for scapegoats and hunt for heretics.

In China, Christians qualify as both. As adherents to what many Chinese regard as a “Western” religion, their loyalties can be called into question. And they’ll likely not join Xi’s cult of personality, so they will be ideal targets.

All of this is why our brothers and sisters there need our prayers. And our voice. We must urge our government and U. S. corporations that do business in China to use their influence on behalf of persecuted Chinese Christians.