Religious Freedom is for All - BreakPoint
Skip to content 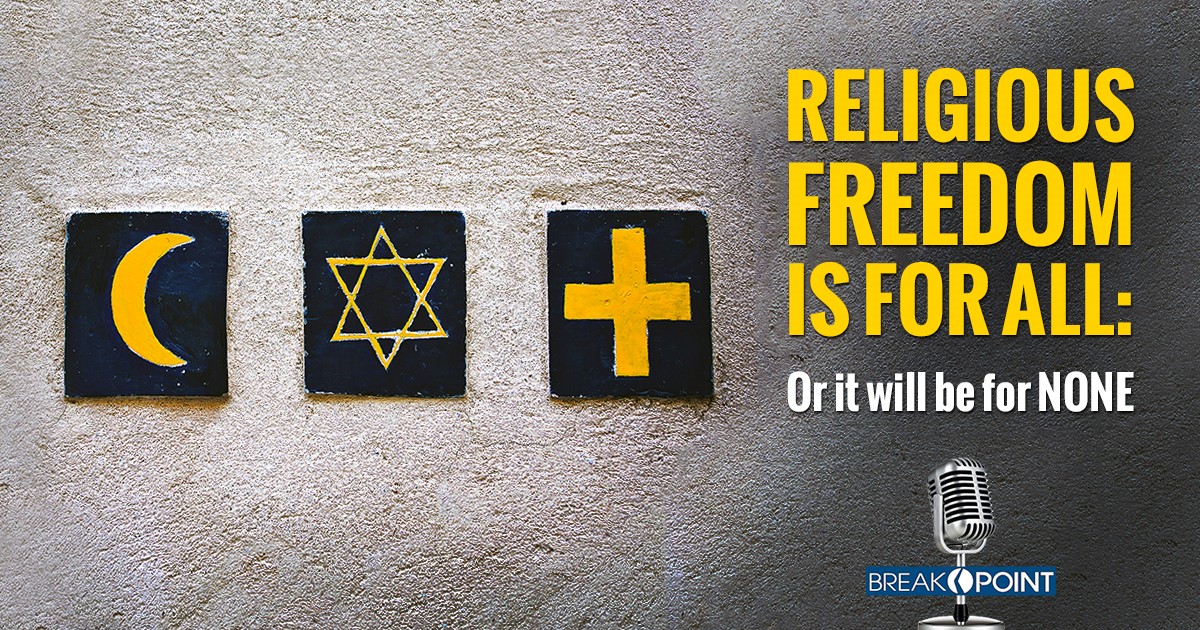 
Religious Freedom is for All

Or It Will Be for None

The New York Times recently told the story of Maha Kassef, an elementary school teacher in Montreal who, like many teachers, dreams of one day being a principal. That dream may never happen, and for reasons that have absolutely nothing to do with her qualifications.

Quebec’s new government recently proposed a law that would bar public employees, such as teachers and police officers, from wearing religious symbols while at work.

Thus, a Muslim like Kassef could not wear a hijab or headscarf. A Jew would be forbidden to wear a yarmulke; a Sikh a turban; and a Christian a cross.

While Canada’s Charter of Rights and Freedom says that freedom of “conscience and religion” is “fundamental,” the Quebec government has invoked the “notwithstanding clause,” which allows federal and provincial governments to temporarily override some provisions of the Charter.

Under the proposal, current employees like Kassef would be “grandfathered” and could continue to wear their headscarves, turbans, or crosses. But if they ever changed jobs or sought a promotion, the new provisions would then apply to them as well.

François Legault, the premier of Quebec, continues to insist that, despite the proposal, Quebeckers remain free to practice their religion. He also maintains that the proposal represents the values and desires of the people of the province.

That sort of reasoning should sound familiar to those of us south of the Canadian border. Most infringements on religious freedom here in the U.S. also come with an insistence that people are still free to practice their religion, just not in the workplace. And just like the Quebec proposal, infringements here are often justified by an appeal to some “values.”

In Quebec, the values come from an almost-fanatical secularism.

Legault’s party controls the legislature, so he has the votes to enact the proposed bill. The question is whether the widespread condemnation of the proposal outside the province and opposition to it within, will cause Legault to table it.

The United States Constitution, as Rod Dreher correctly pointed out, makes a similar proposal here a nonstarter. But still there are some important lessons we have to learn from this story.

The most important lesson is that religious freedom is indivisible. As we see in Quebec, a law that bans the wearing of a hijab in the workplace also bans yarmulkes, turbans, and crosses. To the aggressive secularists behind such proposed laws, any religion other than their own, which they deny to be a religion, is a private matter that has no place in the public square.

This lesson was recently driven home to us in Texas. Patrick Murphy, a man scheduled to be executed, asked that his Buddhist spiritual advisor be able to accompany him in his execution. But the state said “no.” If he were Christian, yes. Muslim? Of course. But not a Buddhist. The case went to the Supreme Court, which ruled that only allowing Christian and Muslim clergy in the death chamber violated Murphy’s free exercise rights.

So what did Texas do? Rather than find Murphy a Buddhist spiritual advisor, it just banned all clergy from the execution chamber. That removed any possibility of Buddhists being singled out for discrimination.

Religious freedom has its limits, as it should; but it must be for all, or we’ll soon discover it’s for no one.

As a reminder, there’s still time to sign up for tomorrow’s webinar on the topic of “Holy Sexuality.” Just come to BreakPoint.org and click on this commentary. We’ll link you to the sign up.