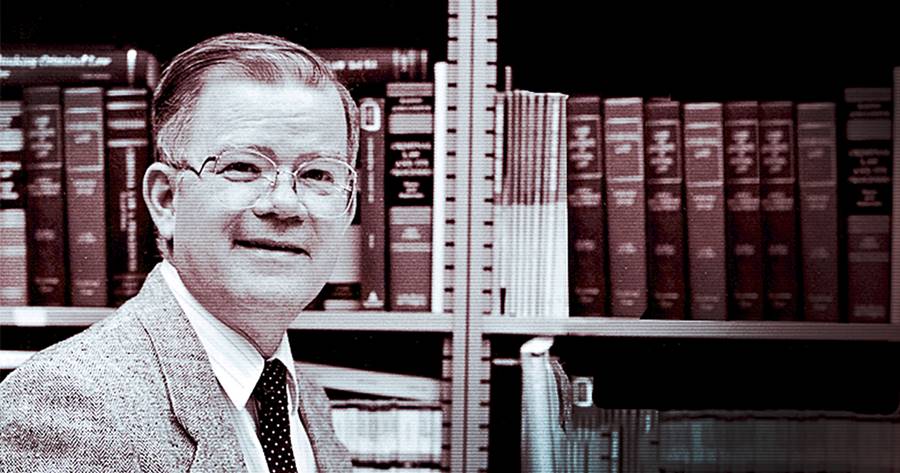 Reformation Day remembers how Martin Luther started a movement within the church that reshaped Christianity and the world. In many ways, Phillip Johnson was a Luther-like reformer who was willing to question accepted dogmas and challenge stagnant thinking, sparking a movement that will long outlast his life.

Johnson, who passed away peacefully in his home over the weekend, is widely considered the godfather of the modern Intelligent Design movement. His 1991 book “Darwin on Trial” revealed how Darwinian evolution was plagued by worldview-level problems: most importantly, its reliance on philosophical naturalism.

Before we go into what that is, it’s important to note that Johnson wasn’t a scientist. He was a law professor at, of all places, Cal-Berkeley. His legal training enabled him to both see and point out Darwinism’s flaws in a way that many scientists often couldn’t and sometimes wouldn’t, and his book refocused the origins debate to its most fundamental worldview question.

For 150 years, Darwinists had claimed that blind and undirected natural processes are sufficient not only to “create” life from chemicals but to produce the dazzling variety of life we see in the world around us.

Johnson wasn’t buying it. He argued that the complexity and precision we see in nature was best explained by intelligence and purpose. After all, whenever we see a written text, we know it required an author. Whenever we experience a beautiful design, we realize there was a designer responsible for it. If that’s true across the world, it’s also true for the origin of the world.

Johnson’s arguments inspired and effectively launched what became known as the Intelligent Design movement, most notably seen in the Discovery Institute. As Casey Luskin put it, the idea of intelligent design became “a magnet [for] scholars from a variety of fields—biology, chemistry, physics, philosophy, theology, and law”—all of whom, like Johnson, saw Darwinism’s fatal reliance on naturalistic thinking.

Among them was biochemist Michael Behe, author of what may be the movement’s best-known book, “Darwin’s Black Box.” Behe would later confess that it wasn’t just Johnson’s arguments that drew him to the movement; it was also his attitude, his humble grace under pressure, and the near-religious zeal with which Darwinists attacked him.

By challenging the Darwinian orthodoxy, Johnson had painted a target on his back and experienced what many proponents of intelligent design have: personal attacks, blacklisting, and accusations of being anti-science. But he took it all with cheerful patience, and in doing so not only launched the ID movement, he set its tone, one still heard in his successors like Stephen Meyer, Douglas Axe, Jonathan Wells, Ann Gauger, and others.

Johnson’s articulation that naturalism had not only poisoned science but also law and ethics shaped Chuck Colson’s thinking, and consequently, shaped BreakPoint.

Johnson’s 1993 First Things article entitled “Nihilism and the End of Law,” argued that if there is no transcendent origin for life, then neither is there any transcendent basis for right and wrong. To outlaw theft, racial discrimination, or murder is to appeal not to any higher authority but merely to a majority vote, something that has a funny way of evolving.

A quick search for Phillip Johnson in our BreakPoint archives reveals the debt we owe to this first-class worldview thinker, who understood the power of ideas to shape all of life.

Johnson’s significant contributions are best measured not by his own work, but by the movement he helped spark.

Today on the BreakPoint Podcast, I speak with someone who is part of the legacy of Phillip Johnson, and who knew him well. Dr. Jay Richards, Senior Fellow at the Discovery Institute, was deeply influenced by Johnson and joins me to talk about his life and legacy.