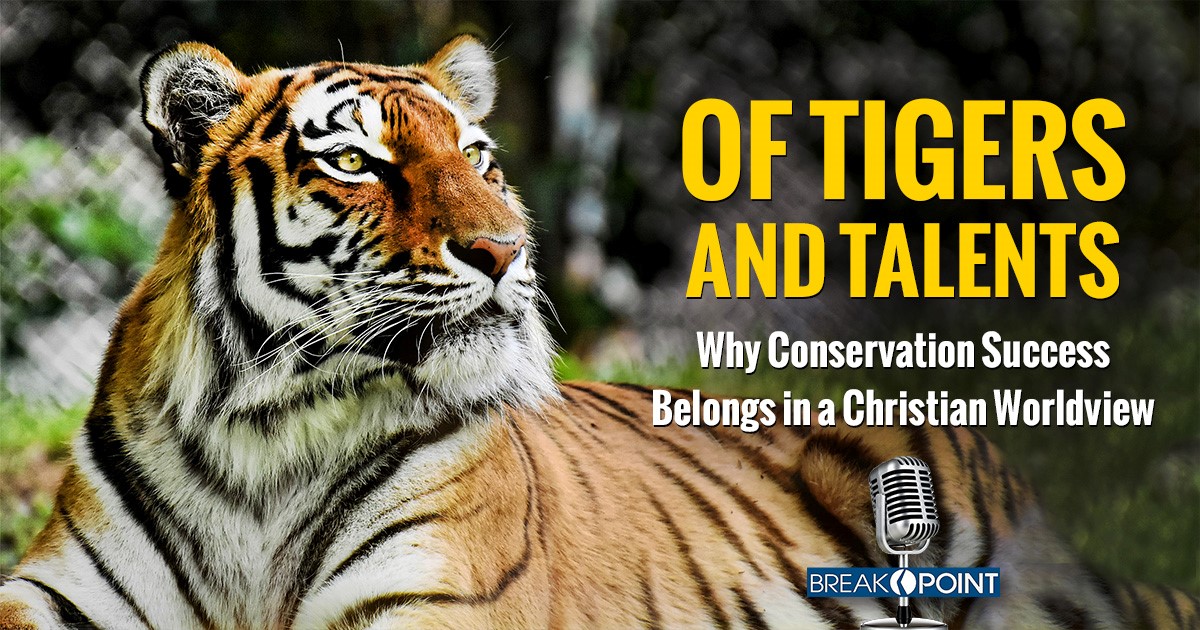 
Of Tigers and Talents

The giant panda, the southern white rhinoceros, the Florida manatee, the grizzly bear, the snow leopard, the gray wolf, the humpback whale, and the bald eagle have all graduated from the endangered species list in recent years, thanks to diligent conservation efforts.

Other iconic animals are also on their way to recovery. Late last month, we learned that the California condor, one of the largest and rarest birds in the world, has now reached a population of 1,000, up from a mere 22 birds in the 1980s!

And how about them tigers, which have staged maybe the most exciting recovery of all? In 2010, the Indian government committed to double the wild tiger population by 2022. Last week, they announced they’re ahead of schedule. An estimated three-thousand tigers now live in India, up by around 1,300 since the goal was set.

Each of these conservation success stories is worth talking about, especially given the strong media bias toward bad news when it comes to the environment. In the current dominant narrative, humans are almost always portrayed as villains, the problem species that our planet would be better off without. However, the recovery of all these endangered animals shows that while humans are often the problem, we can also be the solution.

Of course, there are the obvious means that humans can help, like protecting endangered creatures by law or treaty. And that doesn’t even require worshiping animals or equating them with humans, as too many with a secular worldview do. Believe it or not, humans sometimes help animals by killing them.

As Oxford conservationist Amy Dickman wrote at CNN last year, well-managed trophy hunting has been a critical source of conservation income in Africa. It turns out that allowing hunters to purchase the right to bag a prize often helps save endangered animals like elephants and lions from the real forces that threaten them, like poaching and habitat loss.

All of this good news left me in mind of Matthew 25, where Jesus gives the parable of the talents. In context, the passage is about stewarding the resources of the kingdom of God. Still, stay with me here, because I think there’s a principle that also applies to ecology.

Remember, it was the servants who invested their master’s money and multiplied it who were praised as “good and faithful,” not the one who merely buried it.

This should remind us that humans have a role to play in nature beyond just sitting back and letting it take its course. The condor, for instance, was saved through intervention—a captive breeding program. Likewise, the African animals benefiting from responsible, commercial hunting show that our stewardship of nature often means investing and increasing it, not merely preserving it.

Beyond all of this, I’m also struck by how poorly our conservation efforts and animal success stories fit within a secular worldview. If humans are just one animal among many, then our impulse to save endangered species and our sense of responsibility for them don’t make much sense. Why should one animal care about others, some which would eat us if given the chance? If anything, we’re a plague on the planet that would do the most good by disappearing. In fact, that’s what many secular thinkers have concluded!

Humans, of course, aren’t just another animal, and we aren’t just a problem for the creation. The unique charge our Creator who made us in His image gave us was to tend His Garden, name his animals, and increase the natural wealth entrusted to us. That means we are a pretty important part of the solution as well. Conservation success stories make the most sense within a Christian worldview. After all, they’re the stories of Adam’s race doing our job.