The Magi, the Epiphany, and Ben Hur - BreakPoint
Skip to content 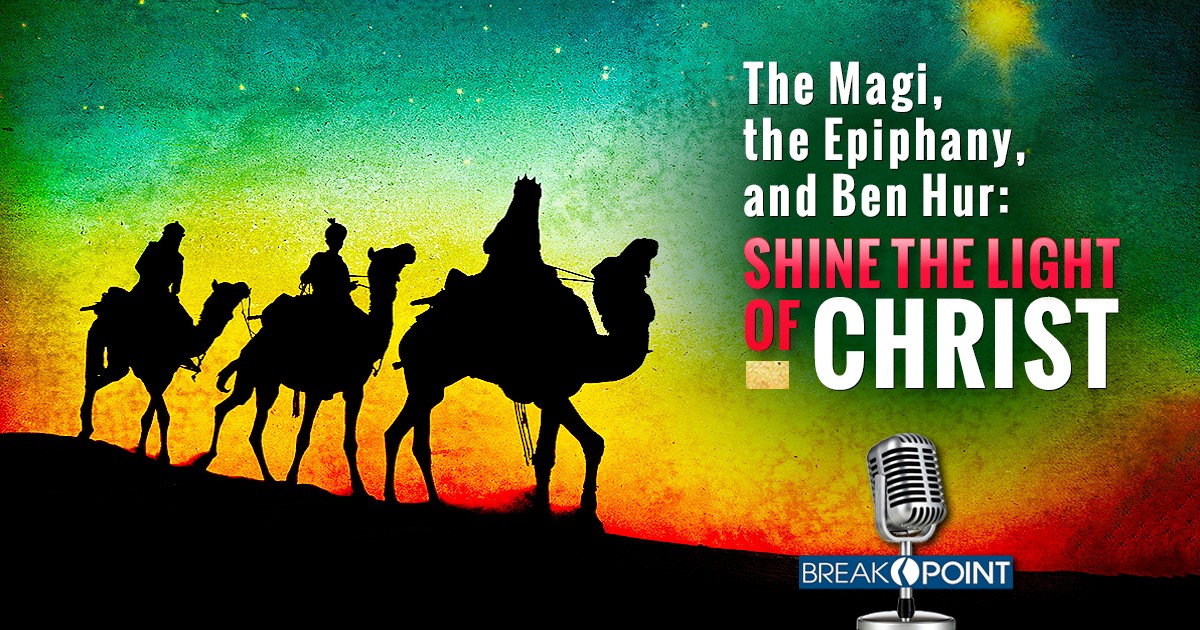 
The Magi, the Epiphany, and Ben Hur

If you’ve already taken down your Christmas decorations, I’ve got some bad news—you’ve got to put them back up, at least until Sunday.

This Sunday is a major Christian holiday that most Americans, even Christians, know very little about: the Feast of the Epiphany. From the Greek word meaning “manifestation,” it celebrates the visitation of the Magi to the infant Jesus and His family, as well as their return to the world with the light they found.

In fact, in much of the Christian world until just recently, gifts were exchanged on Epiphany, not Christmas day. Of course, that’s because of the gifts given to Jesus by the Magi. A colleague of mine, who grew up in Puerto Rico, recalls neighborhood children leaving straw out for the Magi’s camels on the night before Epiphany.

Though most of us have shifted our gift-giving to December 25, Epiphany still reminds us of truths central to our Christian faith and, thus, is still worthy of our attention.

Someone who understood this was a man named Lew Wallace. To say Wallace lived an eventful life is an understatement. Civil War buffs will tell you that he might have just saved the Union at the Battle of Monocacy in 1864, when his forces delayed Confederate General Jubal Early long enough to prevent him from possibly capturing Washington, D.C.

After the war, he became territorial governor of New Mexico, where he dealt with the likes of Pat Garrett and Billy the Kid.

But as commissioned Colson Fellow John Murray related a few years back on the Fox News website, Wallace is best known for other things.

On a train ride to an 1876 Civil War veterans reunion in Indianapolis, Wallace was reunited with Colonel Robert Ingersoll. Ingersoll was known as the “great agnostic,” because he traveled across the country deriding and challenging people of faith.

Ingersoll didn’t spare his old comrade-in-arms, even though Wallace was, at the time, “indifferent” to his own Christian faith. Wallace would later write, “To lift me out of my indifference, one would think only strong affirmations of things regarded holiest would do. Yet here was I now moved as never before, and by what? The most outright denials of all human knowledge of God, Christ, Heaven, and the Hereafter, which figures so in the hope and faith of the believing everywhere.  Was the Colonel right?”

Determined to prove Ingersoll wrong, Wallace returned to a short story he had written during the Civil War. The story centered on the Magi, who had taken a “lasting hold on Wallace’s imagination” when he was a young boy.

Wallace asked “Who were they?  Whence did they come?”  Above all, “what led them to Jerusalem asking of all they met the strange question, ‘Where is he that is born King of the Jews?’”

Starting with this meditation on the Epiphany, Wallace expanded his story, adding through the years more and more meditations on the life of Jesus Christ.

Eventually, in 1880, he published the finished work. You might have heard of it: “Ben Hur: A Tale of the Christ.” The story about a fictitious Jewish prince named Judah Ben-Hur was the means by which Wallace “showed the necessity of a Savior.” It remained the best-selling American novel until “Gone with the Wind” in 1936, and was the basis of the 1959 film starring Charlton Heston, which won eleven Oscars.

By the time Wallace died in 1905, he believed he’d met Ingersoll’s challenge. And millions of Americans agreed. And it all began with his reflecting on the visit of the Magi.

Like the Magi of whom he wrote, Wallace took the light of Christ to the world. And years later, John Murray, that Colson Fellow I mentioned earlier, shared the light on Fox News by telling the story of Wallace and Ben Hur. So the light goes forth, through people who’ve had their imaginations captivated, their minds sharpened, and their hands and feet commissioned by Jesus Christ, who is the Light.

To learn about how the Colson Fellows Program can prepare you to take the light of Christ into the world, visit ColsonFellows.org.

(A version of this commentary previously aired on January 6, 2014).