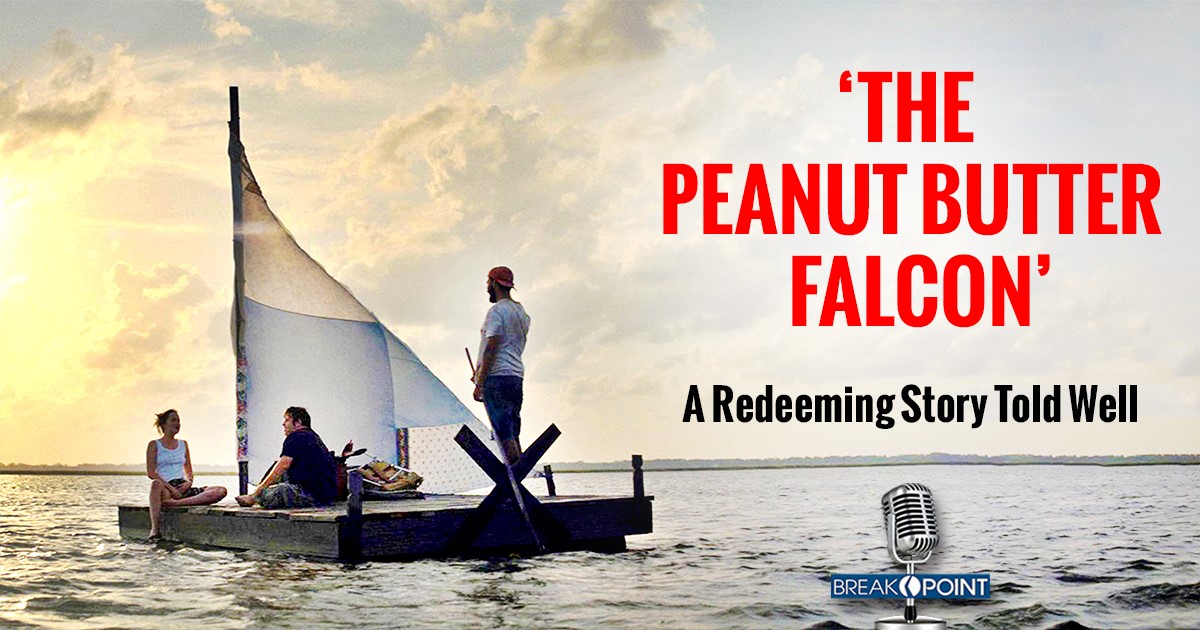 Imagine Mark Twain’s “Huckleberry Finn,” only with a crab-pot thief and a young man with Down syndrome, instead of Tom and Huck. And instead of the mighty Mississippi, imagine the estuaries of North Carolina. And instead of skipping school to run away, imagine running away to attend school (well, wrestling school).

That’s the plot of a new indie film, directed by Tyler Nilson and Michael Schwartz, and starring no less than Shia LaBeouf and Dakota Johnson. “The Peanut Butter Falcon” is not only beautifully shot and set, its message is badly needed in a culture like ours.

The film stars newcomer Zack Gottsagen, who plays the role of a 22-year-old man with Down syndrome, who escapes a nursing home to chase his dream of becoming a professional wrestler named, you guessed it, The Peanut Butter Falcon. Along the way, he gets mixed up with Shia LaBeouf’s character, a guy on the run from a pair of revenge-hungry fishermen.

Against all odds, these two “fugitives” forge a brotherly bond and eventually come to understand that their journey is more of a pilgrimage than an escape.

Dakota Johnson’s character is Eleanor, an educated caregiver bent on chasing Zak down and returning him to state supervision. When she finally catches up with him and his new friend, she’s surprised to learn that Zak’s not only happy, he’s a pretty good fisherman.

And so, just as Zak forces Tyler to question his identity as a bad guy, he also forces Eleanor to question her well-meaning but stifling, overly-clinical approach to Zak’s condition, one that leads her to miss something important: Zak, himself.

Ultimately, she joins in on this pilgrimage to find “the Saltwater Redneck’s” wrestling school. Through hijinks and scrapes, they learn that human beings can’t be defined by their guilty consciences, or their college degrees, or even their chromosomal disorders.

That’s a lot to get across in a single movie, which “The Peanut Butter Falcon” does beautifully, without being in-your-face or preachy. The story and characters bring the message, while everything else from the camera work, to the directing, to the music creates the space necessary for the message to be heard.

At the same time, the reality of life with disability is brought to life here too. Zack Gottsagen not only plays a title character who has Down syndrome, he really does have Down syndrome. When his character faces rejection and ridicule, and is relegated to a facility, he’s portraying what is, for far too many people, reality. It’s this down-to-earth portrayal that makes this a movie worth seeing.

As is the story behind the film. In a compelling interview on a website called the Playlist, the writer-directors describe how they met and worked with Zak on a short film they made for a camp with people with disabilities. Zak became a friend and told them he wanted to be a movie star. Knowing how hard it is for anyone to make it in Hollywood, much less someone with disabilities, they tried to dissuade him. But Zak simply replied, “Cool. Sounds like we’ve got to do it together. You [guys] can write and direct, and I can be the movie star.”

So, they wrote “The Peanut Butter Falcon” to make Zak a movie star. It’s cool enough that such a crazy idea actually worked, but the fact that this film was produced on such a tiny budget offers a lesson that all Hollywood, and especially Christian filmmakers, should embrace: Budget constraints are no excuse for telling bad stories or churning out bad art.

Now, I’ll warn you that this film does include some salty language, including a word that would have earned an R-rating once upon a time. It’s definitely not a movie for younger kids.

Still, in a culture like ours in which the overwhelming majority of children diagnosed with Down syndrome in the womb are targeted for abortion, a film that affirms the value we all share as image-bearers, and the needs we all share as people who are created for community, is especially timely and especially important.