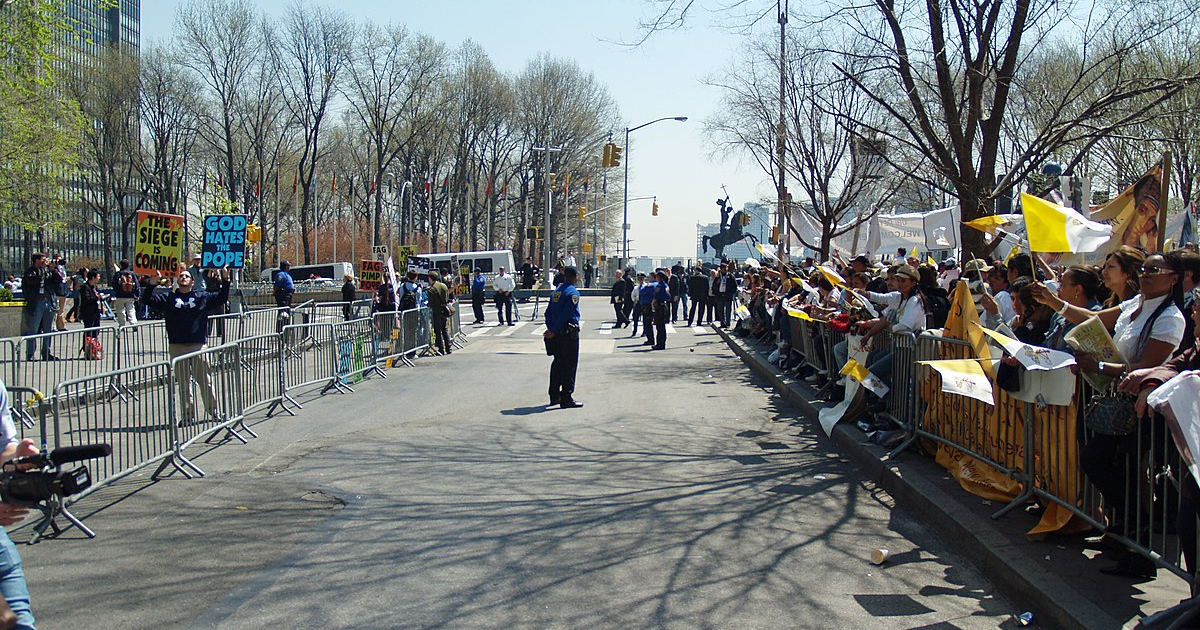 
Westboro and the Power of a Bad Idea

It’s exhausting to talk about Westboro Baptist Church. This small cult, made up almost entirely of a single family and their spouses, has caused a tremendous amount of pain around the country. Not only do they hurt those they picket, like families of fallen military heroes, they’re often trotted out by media outlets as an example of Christian bigotry. Somehow Christians are often forced to answer for a group that horrifies all of us. Like I said, it’s exhausting.

Megan Phelps-Roper is the granddaughter of Westboro founder Fred Phelps. She made news a few years ago when she escaped and renounced the cult of her childhood, an experience she describes in a new book. Her story, which I’ve followed since she first left the so-called church, is absolutely fascinating. And in her recent interview with popular atheist podcaster Sam Harris, Phelps-Roper offers a glimpse into the evil philosophy behind Westboro.

According to Phelps-Roper, the group’s motivation for publicly celebrating terrorist attacks or praising their so-called God for a deadly famine is all grounded in a perverted interpretation of God’s sovereignty. Because God always accomplishes His will, they believe, and because 1 John 5 says it’s not burdensome to love God and His commandments, Phelps and company concluded we must celebrate everything that happens. It’s a deeply inconsistent worldview to be sure: Why would they call others to repentance while rejoicing at their arrival into Hell as being God’s will?

Nor is it clear how Westboro explains the loving Father God who created His people to enjoy Him forever that is revealed to us throughout the Biblical narrative. Why would we believe that God rejoices in our pain if He sent his Son to suffer and die in order to heal our pain? How many times in the Old Testament do we read that God “hears the cries” of His people? How many times is God described as “the God of all comfort”? Jesus cried when His friend died, and upon seeing the pain that death caused to the man’s siblings, just before He turned their tears into rejoicing by bringing Lazarus back to life!

The Phelps family believes so many wrong and damaging ideas, but at the root of them all is a bad idea about God. That bad idea leads to another: that the world today is exactly the way God always intended (not just allowed) it to be. Romans 8 tells us that the creation itself begs (and groans) to differ. Of course, we cannot gloss over the fact that Westboro’s goal has always been to get attention. They go where the cameras are. Bad actions are never justified by bad theology, but bad theology does help to explain bad actions. After all, ideas have consequences – and bad ideas have victims. One really bad, wrong idea about God can infect the way we read the Bible and see the world until what comes out of us is nothing less than hateful nonsense.

To be clear, Westboro’s theological fatalism has much more in common with Islam than Christianity, both in their view of God and in their view of how He acts within human history. Many Muslims see within the Qur’an that Allah does what he wills without any particular affection for his creation. That one idea even infects how the Muslim world handles its own infrastructure. For example, in 2015, after a construction crane collapsed near the Muslim holy site of Mecca, killing 118 people, the Saudi company that operated the crane claimed zero responsibility. What happened was a holy act of Allah, they said.

This is why Paul tells Christians to work out their faith. We need to be conscious about what we believe and why we believe it. We need to be vigilant about what ideas we hold, knowing which ideas are shaping our beliefs. That, of course, is why BreakPoint and the Colson Center are here: To bring clarity to the issues and trends surrounding us, and to help believers understand them in the light of a Christian worldview. Nothing brings me more joy than when a mom or a dad stops me at an event somewhere and tells me how BreakPoint provides their dinner table conversations. I know this daily commentary, founded by Chuck Colson nearly thirty years ago, is helping Christians connect their faith to the world around them.

I am very thankful to be a part of this. And we exist because of generous listeners like you. So please consider giving a year-end gift.