When Bad Ideas Get Loose - Breakpoint
How can we respond to those around us with truth and love? Give today to receive this month's featured resource.
Skip to content 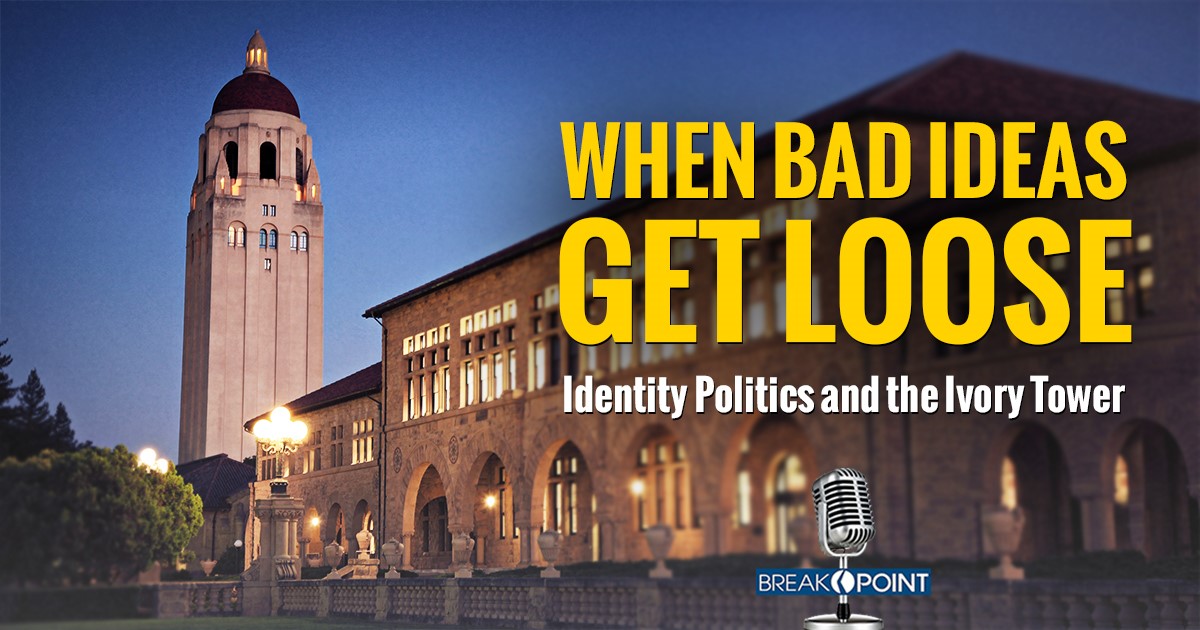 
When Bad Ideas Get Loose

So far, in each of the movies in the “Jurassic Park” franchise, the genetically-resurrected dinosaurs that terrorize tourists, lawyers, and scientists mostly stay on the island. But in the newest movie, the dinosaurs escape and terrorize America, doing… what movie dinosaurs do best: victimize people in increasingly creative ways.

This is not unlike what happens when experimental ideas get loose in a culture, though the damage ideas do is more profound, subtle, and lasting. Plus, it happens in the real world and not on a Hollywood set.

That sort of describes a remarkable confession, offered in writing at the Quillette website recently. Christopher Dummitt, an historian of culture and politics, owns up to a particularly nasty idea he helped release into the wild: the notion that gender is socially constructed. He now says he can’t believe how quickly the idea took over and even wishes he could undo it. In his own words, and I quote: “I was making it all up.”

Of course, he didn’t think so at the time. Dummitt and other social constructionists who applied postmodern thought to the sexes truly believed they were uncovering hidden power structures that oppressed whole groups of people. They argued that everything—even the obvious differences between men and women—were social constructs designed to preserve white male power and keep marginalized groups down.

He now admits there was no proof for any of this. In fact, when he needed proof, he just cited other scholars who said what he was saying—especially, he writes, “if their names were French.”

Dummitt describes how fashions in academia let a whole generation of scholars make laughable claims. For instance, he wrote a paper identifying the rise of backyard grilling in post-war Canada as an expression of patriarchy.

“I should have known better,” Dummitt writes. “…that’s what makes it so disappointing to see that the viewpoints I used to argue for so fervently—and so baselessly—have now been accepted by so many in wider society.”

His article reminded me of one of my former students who became fascinated with postmodernism. He questioned everything about reality, right and wrong, and truth itself.

After graduation, the student went on to teach high school and, as he told me later, quickly realized the chaos he’d unleash if the teenagers he taught believed and lived out these ideas. He’d only be giving them intellectual justification for their worst impulses.

See, that’s the thing about ideas. They have consequences. They have feet. They walk off the pages of our books and polysyllabic essays into the real world of people. It’s impossible to keep them caged in the experimental confines of an ivory tower. Sooner or later, they show up among real people. The worse the idea, the worse the consequences for those people. Which is why we say so often: Ideas have consequences, bad ideas have victims.

Francis Schaeffer realized how often bad ideas start in the academy. He wrote about a “line of despair” that overtook every institution in our time, starting with higher education. Ideas that begin with intellectual elites become embodied in elite institutions, and then influence other institutions, especially shaping art and education, before trickling down into music, pop culture, fashion, entertainment, and eventually everyday life. Even the church.

The out-of-control identity politics we see all around us, as well as the direct abandonment of observable truths about things like sex and gender, largely began with academics a generation ago monkeying around with ideas. And as this particular academic bravely admitted, they were about as prepared for what would happen when those ideas inevitably escaped as were those “in charge” of Jurassic Park.

It’s good to see that someone, at least, regrets that experiment. But regret never gets dinosaurs—or bad ideas—back in their cages.