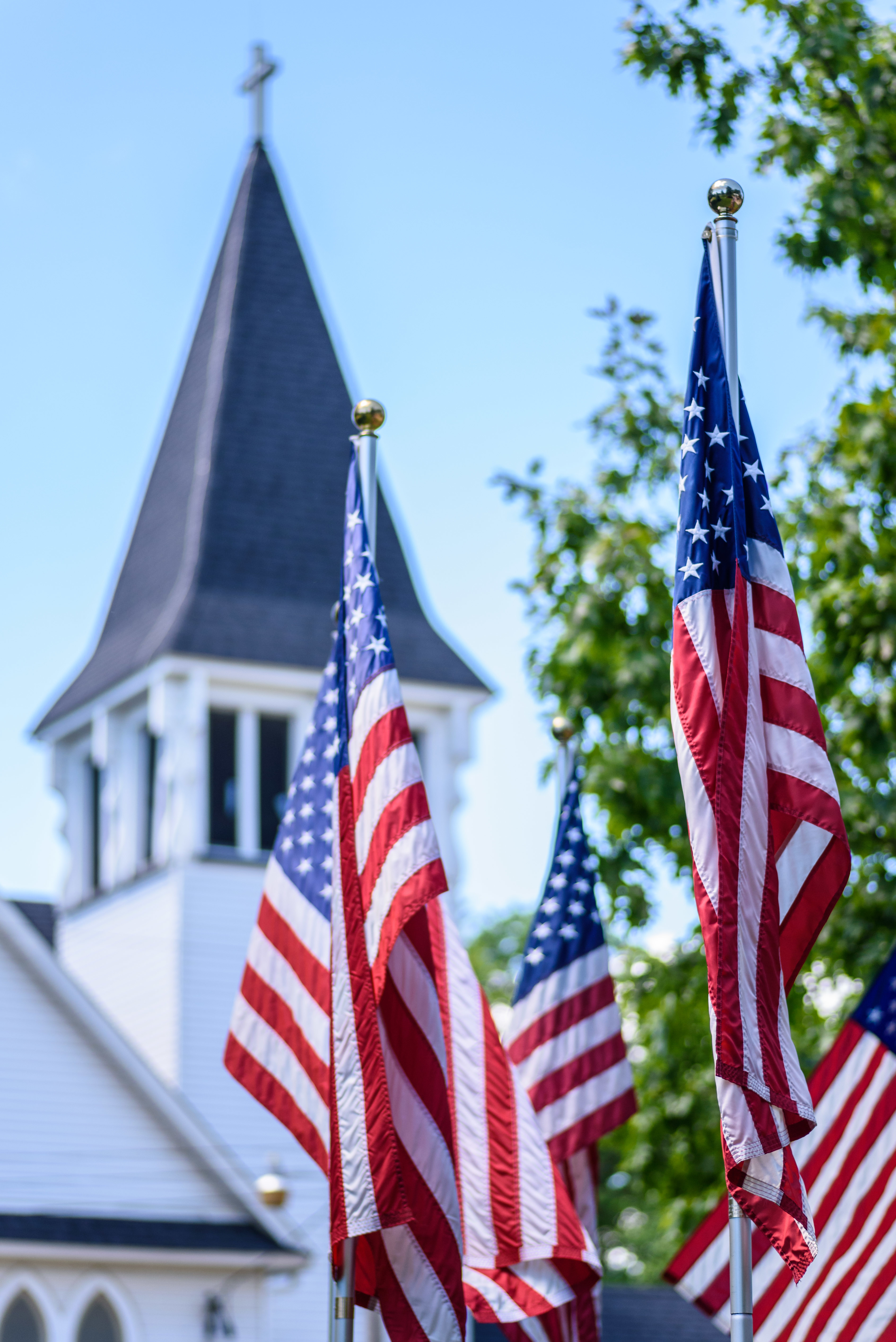 A couple of weeks ago, the British left-leaning magazine The Guardian breathlessly proclaimed, “[E]xperts are warning the US is facing a wave of rightwing ‘Christian nationalist’ legislation in 2021, as the religious right aims to thrust Christianity into everyday American life.”

And what nefarious legislation will “thrust Christianity in everyday life”? Prolife laws designed to protect the unborn, religious liberty protections for Christian organizations, and other things advocated by Christians long before anyone had ever heard of Christian Nationalism.

That this term, “Christian Nationalism,” has become a one-size-fits-all label for whole swaths of the country, especially since the violence in the U.S. Capitol on January 6th, shouldn’t surprise anyone. As images from that day reveal, there were plenty of Christians flags and symbols flying alongside Old Glory and pro-Trump banners. The “symbology” was heavy and indicative, as Andrew Walker told me on a recent BreakPoint Podcast, of a fusion of Christianity and the nation.

For many on the right, the connection seems obvious, especially those who think of America as God’s primary agent in the world. And, for many on the left, it seems just as obvious: Christianity is bigoted, dangerous, and outdated in modern society.

In a sense, this kind of conflict isn’t unusual. Throughout history, nations have tied their faith, secular or religious, to their flag. Ancient kings draped their wars in divine sanction, medieval monarchs cried “God wills it!” and 20th century dictators claimed that an overarching “History” or “Science” was on their side. America isn’t even the only Western nation whose founding documents and hymns are full of biblical references and appeals to God for protection.

Even so, much of the American story makes our own experience distinctive. From the “City on a Hill” language of the first Puritan colonists (an idea often misunderstood by both Christians and antagonists), to the revolutionary fervor of 1776, to the religious revivals in both camps during the Civil War, to the world wars of the 20th century and our overtly atheistic foe of the Cold War, to American Christianity’s focus on the End Times, to the strong sense of Divine destiny, America’s history is very religious.

All together, this history has left America with a civil religion, something profoundly helpful for social cohesion but not always good for theological orthodoxy. Whenever the truth of the gospel is watered down for the sake of political or national unity, it isn’t long before politics and nationality are all that matters.

Let’s be clear: no nation, no party, and no politician is indispensable for the advance or well-being of Kingdom of God. God works through individuals and nations, but His plans endure regardless of the success of nations and worldly kingdoms.

This leaves Christians with a two-fold problem. First is the often well-meaning but always-misguided tendency to conflate our nation and our faith. Any time the good of our country is the ends and the Kingdom of God is the means, we are guilty of idolatry. Especially in an age such as ours, Christians must check and recheck (and re-recheck) our hearts and words to make sure we only render to Caesar what belongs to him, and always reserve for God what is His.

Our second problem is when the scare label “Christian Nationalism,” is used to dismiss any policy or person more conservative than whoever is using the term. As seen in the The Guardian, we’re all but guaranteed for the near future that anything vaguely traditional or moral, and any appeal to anything higher than the latest cultural fad, will be smeared with this label. It’s silly. Even more, it’s dangerous.

Even so, Christians must not abandon the public square just because people say mean things about us. Our God-given call to be faithful to Him above our nation also means He’s called us to be faithful to Him in our nation, at this time and in this place. Neither the excesses in the name of Christ or those who attempt to ban His people from public life remove this calling from us.

Also, and this will be tougher, we mustn’t let the animosity leave us embittered or in despair. As Richard John Neuhaus said, Christians “have not the right to despair, for despair is a sin. And we have not the reason to despair, quite simply because Christ is risen.”

“Christian Nationalism” – A Conversation with Mark Tooley and Andrew Walker

What It Means to be “A City Upon a Hill”