Christmas in a Minor Key - Breakpoint
Give today to learn what it means to be a thoughtful Christian!
Skip to content 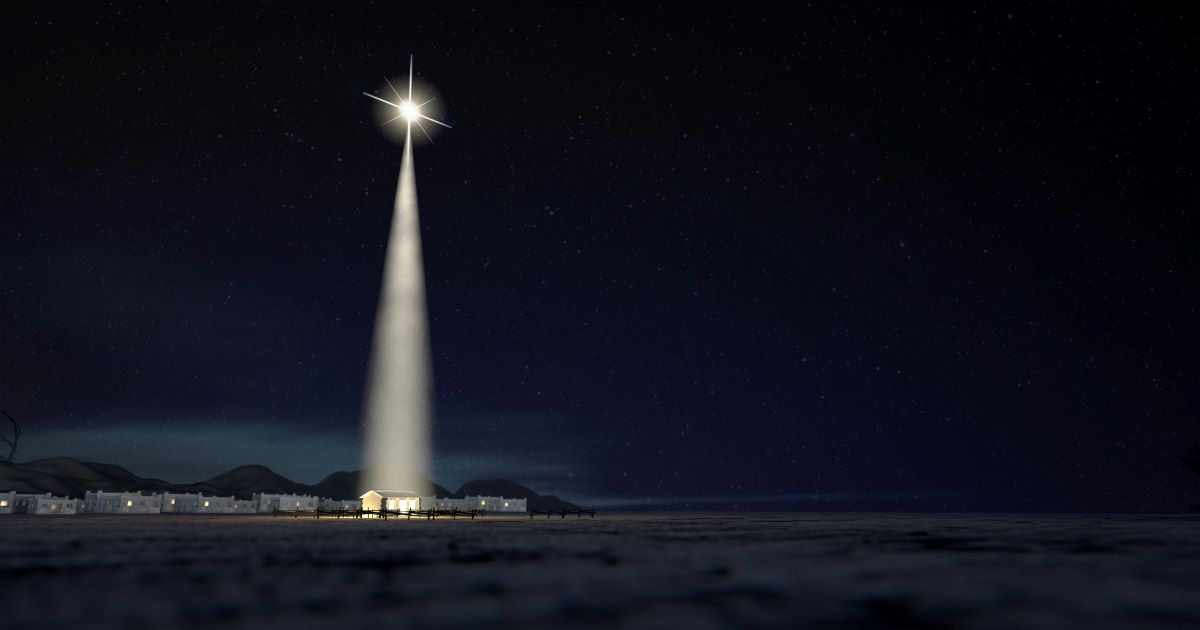 
Christmas in a Minor Key

Writing in The New York Times, Tish Harrison Warren urges us to anticipate Christmas by facing the darkness. The fast of Advent, she observes, strikes an instructive contrast not just with the feast to follow, but with America’s over-sugared month of festivities and frivolous spending.

Step into a liturgical church, she suggests, and you’ll find something precious that has nearly been forgotten: “a countercultural sparseness” marked by long stretches of silence and hymns played in minor keys.

In Advent, the Church mimics Israel’s long wait for her King. As the people who walked in darkness anticipated the first coming of the Light, we groan with a sharper, more urgent pang for His final revelation. We mourn in lonely exile with God’s people of old using that great Advent hymn, “O Come, O Come, Emmanuel.”

But though that carol’s refrain rightly urges us to rejoice, the darkness Warren refers to doesn’t end on December 24th. It’s there at the manger side, and it follows the God-man to Calvary.

Two other minor-key masterpieces express this truth. There’s my favorite, “What Child Is This?” performed with spine-tingling gravitas by Norwegian singer, Sissel Kyrkjebø. “Nails, spear shall pierce Him through,” it says, “the cross be borne for me, for you. Hail, hail the Word made flesh, the Babe, the Son of Mary.”

You can almost hear the hymn’s title as an awed question from a passerby as Mary rocks her Newborn to sleep. The answer, even after He is born, is mingled joy and sorrow, light and darkness. What He has come to do is cause for celebration, but it will be a Passover celebration. We are being purchased out of slavery, but at a terrible price.

The Lamb has to die.

In Advent, the Church mimics Israel’s long wait for her King. As the people who walked in darkness anticipated the first coming of the Light, we groan with a sharper, more urgent pang for His final revelation.

The second song is Brendan Graham’s “When Will My Heart Arise?” also sung most ably by Sissel. If you visit no other link in this column, trust me, make it this one. The writer wants to know when his heart’s burden will be lifted. Kneeling beside Christ’s ersatz cradle, on what is supposed to be the gladdest morning since man fled the Garden, he is “filled with weeping.”

Why? Because as he confesses, he (and we) are the reason this sleeping infant will soon be torn to bloody ribbons:

I am the thorns that crowned you, I am the whips that scourge. I am the chains that bound you, who all my sins did purge. I am the cross you shoulder, a cross that crucified. Against your tongue, the boulder. When will my heart arise?

The joy that sent angels bursting from Heaven to proclaim the news to all who would listen on that first Christmas is rightly tempered by the sorrow of our prescient onlooker:

I am the reason the Child will suffer. This monstrous role-reversal is necessary because of my monstrous betrayal. This feeding trough is the first in a long line of indignities that will end on a Roman gibbet—the fate I deserved.

Beneath the weight of this self-knowledge, conscious that God did not spare His own Son but gave Him up for me, repentance pours out in tears. As the song says: “I kneel here for forgiveness, and all my sins despise. Forgive me, gentle Baby. Then will my heart arise.”

Only when we receive this Child’s forgiveness do we begin the journey out of sorrow and into beatitude. His pardon, which He offers freely from the cross even to those holding the hammer and spear, is our means into that City where there is no more darkness—a place where our lonely exile ends, and the joy of the Lord’s Advent is at last unmixed.

But the way there for most of us still lies in Christ’s own footsteps—along a path that leads as surely from cradle to Calvary, as His did. Christmas morning doesn’t end the groaning of the old creation. But it does show us the face of the New. And He will guide us through our own death and resurrection, as a true elder Brother and kinsman Redeemer should.

[T]he way there for most of us still lies in Christ’s own footsteps—along a path that leads as surely from cradle to Calvary, as His did. Christmas morning doesn’t end the groaning of the old creation. But it does show us the face of the New.

Recently, my wife and I attended Andrew Peterson’s “Behold the Lamb of God” concert in Lakeland, Florida. It was the 20th anniversary tour of what has only recently become a family tradition for us. In honor of the occasion, Peterson and the band have reworked many of their songs, giving this Christmas concert fresh power, depth, and what I can only describe as maturity.

To go with the updated music, artist Stephen Crotts provides poignant new illustrations, which feature on the album and are projected behind the musicians during each performance. One of them in particular caught my attention: a haggard-looking Mary in profile, gazing into her newborn Son’s face.

Perhaps it was her weary expression that caused me to see the old creation personified, cradling her only hope in the swaddled New Creation. This tired Madonna is all of us: waiting in the darkness of the “not yet” for the fulfillment of that promise “already” vouchsafed in the One who has gone before us through the night of exile into perfect life. “Rejoice!” cries one beloved Advent hymn. “Hail the Word made flesh!” exhorts another, moments after foretelling the nails and spear.

Through it all, the audible twilight of that minor key reminds us of the paradox at the heart not only of Christmas, but of our place in redemptive history. Christians use the year to commemorate the Lord’s life because it is the pattern for our lives. It’s why our mournful anticipation doesn’t conclude with Advent, nor should our plaintive hymnody. We have not fully come into the life that brave little Boy began winning for us in Bethlehem. So we exult with these somber songs and face the darkness with joy, because He is composing new music for the morning.