Co-Opting China’s Churches - BreakPoint
Join us in helping to equip and renew the Church with a Christian worldview by giving before our fiscal-year ends!
Skip to content 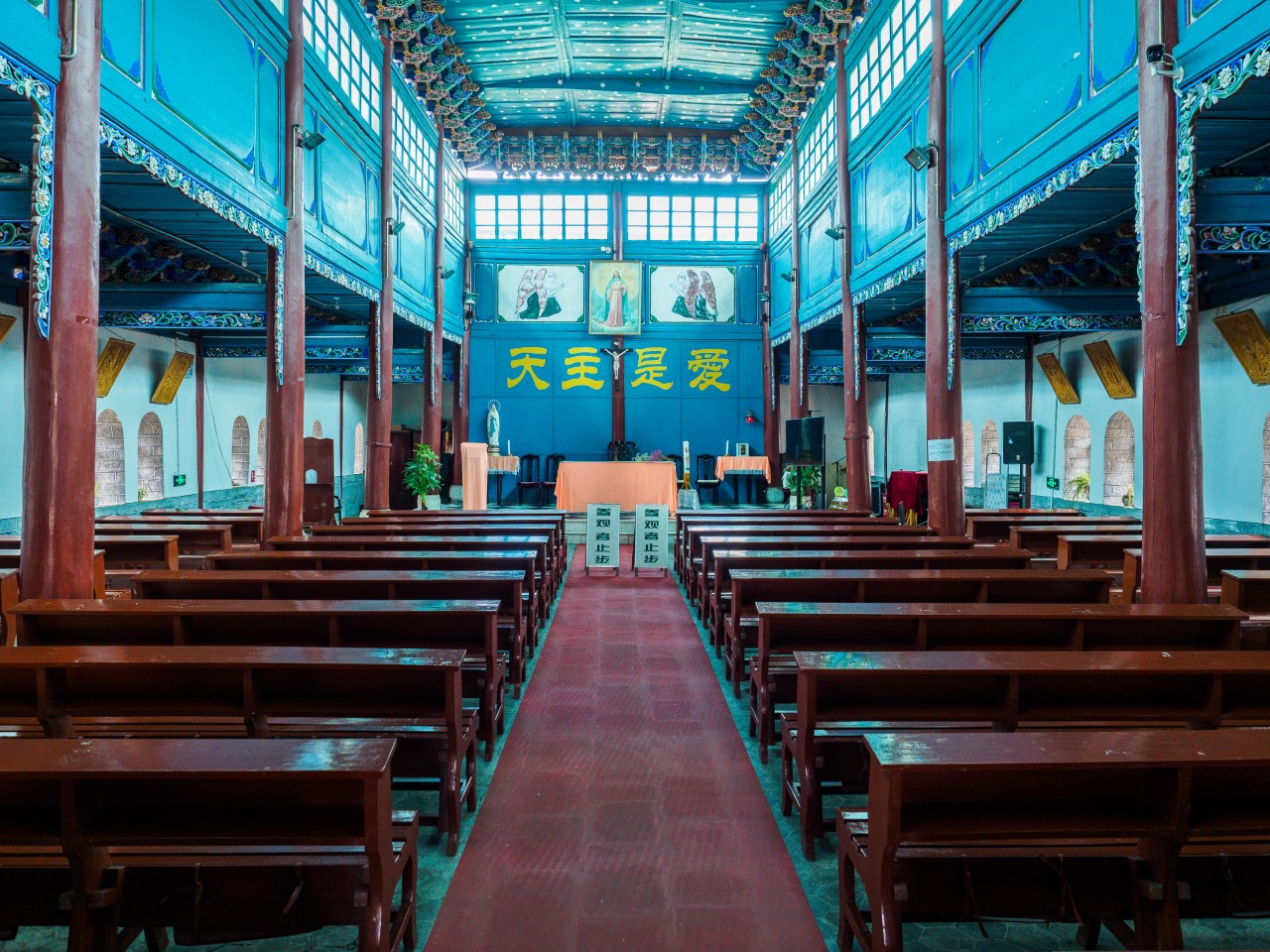 Right before the New Year, a Chinese court sentenced Early Rain Church Pastor Wang Yi to nine years in prison for “inciting subversion of state power” and “illegal business activities.” In addition to prison, Wang is deprived of his “political rights” for three years and his personal property (approximately $7200 worth) will be confiscated.

Thirteen years ago, Wang was in the White House discussing the state of religious freedom in China with then-president George W. Bush. Today he is a symbol of just how perilous it is for religious minorities in China.

In fact, given the new regulations to be imposed on religious communities beginning February 1, 2020, Wang’s imprisonment is only a prelude to what lies ahead for Chinese Christians and other religious minorities.

As summarized by the Catholic website Asia News, “Religious organizations must spread the principles and policies of the Chinese Communist Party, as well as national laws, regulations, rules to religious personnel and religious citizens, educating religious personnel and religious citizens to support the leadership of the Chinese Communist Party, supporting the socialist system, adhering to and following the path of socialism with Chinese characteristics . . .”

Asia News summed up the new regulations this way: “Every aspect of the life of religious communities – from formation, gatherings to annual and daily projects – is subject to approval by the government’s religious affairs department.”

Back in November, I argued on BreakPoint that what drives the repression of religious minorities and democracy activists in China is the Communist Party’s insecurity about its own weakness. For example, contrast the way Beijing is treating Christians with how they treat technology giant Huawei. Setting aside the inherent contradiction of billionaires in a socialist system, companies like Huawei enjoy freedoms that churches can only dream about.

In its battle with the United States, Huawei has publicly distanced itself from the Communist Party and insisted that its equipment has “never been used, and will never be used, to spy” for Beijing. The point is not whether you believe Huawei – which, for the record, you shouldn’t—it’s that Beijing does not require Huawei to toe many of the same ideological lines as religious organizations.

Why? Because firms like Huawei and other Chinese e-commerce giants like Alibaba do not threaten the legitimacy of the Communist Party rule, but pastor Wang Yi does. “Socialism with Chinese characteristics,” apparently, can handle a man who makes billions of dollars, but not a man who claims “Jesus is Lord.”

As Time Magazine said bluntly, “China feels threatened by the spread of Christianity.” As they should. There are significantly more Christians in China than Communist Party members, even though the latter comes with material benefits and security, while the former comes with increasing persecution.

As Willy Law of the Chinese University of Hong Kong told Time, “[The Chinese government] is afraid that more people . . . are turning to the church for their spiritual needs and not to official nationalism and patriotism.”

In other words, Beijing’s attempt to co-opt churches for its own ends is a tacit admission of its own weakness. Unfortunately, this weakness makes them more dangerous, not less.

Since 2020 promises to be such a hard year for our Chinese brethren, they should be at the top our concerns and certainly our prayer lists, starting with Wang Yi.

Given the increasingly dire situation for Christians in China, it’s particularly fitting (and I am honored to announce) that the 2020 William Wilberforce Award will be given to Pastor Bob Fu, Founder and President of China Aid. The ceremony will take place at this year’s Wilberforce Weekend, May 14-17. Come hear from and honor this courageous Chinese Christian leader, and learn from other leading Christian thinkers, like Os Guinness, Lee Strobel, Obianuju Ekeosha, and Andy Crouch. Register here.

China’s War on the Bible: If You Can’t Ban it, Alter it