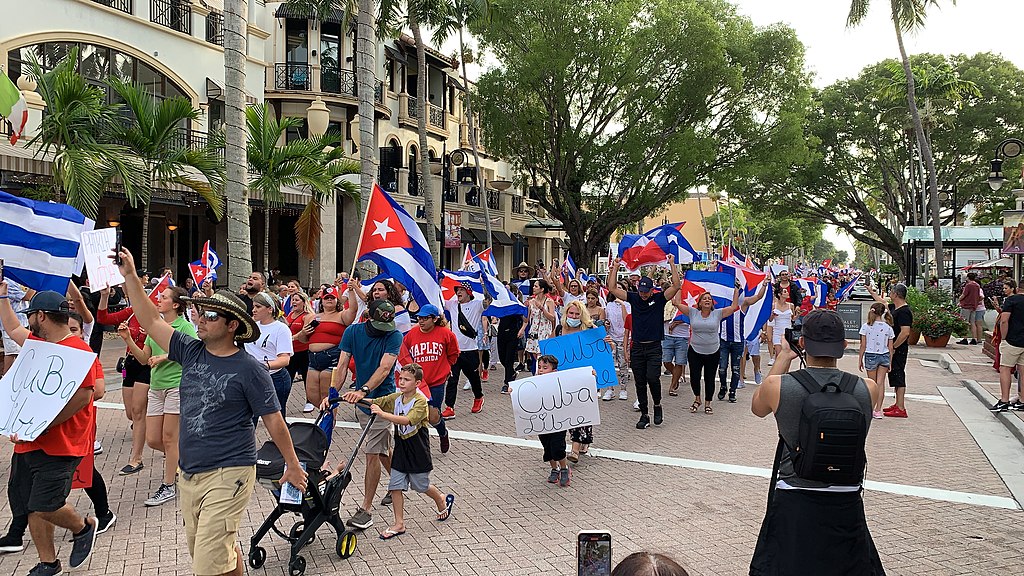 
Cuba Cries for Freedom, The Pandemic Fallout, and Playing God with Organ Donation

John and Maria discuss new data from both the Centers for Disease Control and a report from a number of universities in the UK that reveal post-pandemic problems, including rates of suicide, depression, and a likely increase in pornography addiction.

Maria then offers commentary on the crisis in Cuba, arguing that many will look at the situation and claim the problem with Communism is the way it was carried out, not longstanding issues with the human heart.

They then talk about a movie entitled “The God Committee,” which Maria recently reviewed. John notes that Christianity is a worldview big enough to handle the important ethical questions of the world.

To close, John and Maria discuss a commentary by Glenn Sunshine on why “wokeness” is a heresy that finds its original moral grounding and meaning in the truths of Christianity.

Demonstrators are lashing out over food and medicine shortages, rising consumer prices, and power outages. But they’re also unleashing decades of pent up anger and frustration over government oppression. They demand freedom from the communist regime. The protests are the largest and loudest in 60 years.

The World and Everything In It>>

Drug Overdoses Killed A Record Number Of Americans In 2020, Jumping By Nearly 30%

More than 93,000 people died of a drug overdose in the U.S. last year — a record number that reflects a rise of nearly 30% from 2019, according to new data released by the Centers for Disease Control and Prevention. Officials said the increase was driven by the lethal prevalence of fentanyl as well as pandemic-related stressors and problems in accessing care.

Ten states are predicted to have at least a 40% rise in drug overdose deaths from the previous 12-month span, according to the CDC: Vermont, Kentucky, South Carolina, West Virginia, Louisiana, California, Tennessee, Nebraska, Arkansas and Virginia.
NPR>>

The Pandemic of Despair

According to the Centers for Disease Control and Prevention, nearly 19 percent more Americans died in 2020 than in 2019. Adjusted for population age, that’s the largest one-year increase in mortality since the Spanish flu outbreak of 1918. The CDC attributes approximately 375,000 American deaths in 2020 to COVID-19, but making that stat the headline of this story would be burying the lede. BreakPoint>>

Help in the Midst of the Pornography Plague

If you’ve ever overcome a very difficult addiction or a very difficult sin pattern, then you have a little bit of an idea of how difficult this can be — maybe even more. It’s a process that should involve other people. The journey toward restoration, as Weiss and Glaser put, it is not a path away from pornography, it’s a movement further into community, and I’d add to Christ Himself. We need to join our kids in this journey away from addiction. We must learn how to keep pornography from becoming a problem for our kids and how to help our kids if it has become a problem. BreakPoint>>

The God Committee – An organ-donation drama

The crux of the story is an urgent debate over who should receive a heart that has unexpectedly become available. One patient is obese and bipolar, but has three daughters; another is in her 70s. And clouding the issue is option three: a spoiled rich kid with a history of violence and drug abuse, but a powerful father (Dan Hedaya) who will make a sizable donation to the hospital if his son gets the heart. Coincidentally, Hedaya is also a potential backer for Boxer’s private medical research. New York Times>>

Why Wokeness is a Christian Heresy

Wokeness is built on a worldview without salvation and offers an eschatology with no real hope. Though the proclaimed goal is to end oppression, it’s what the late sociologist Philip Rieff called a “deathwork,” dedicated to tearing down things but unable to build, or offer, anything better. Advocates of critical race theory, for example, argue that although race is a cultural construct, racism is an inevitable and irredeemable trait of certain groups and society. They cannot offer a vision of the world in which this sin is defeated or redeemed, much less one in which the guilty are forgiven and restored. The best that can be hoped for is to replace one set of powers with another.

Social Media, Identity, and the Church

The Economics of Sex