Deflating Materialist Humblebrags - Breakpoint
Give today to learn what it means to be a thoughtful Christian!
Skip to content 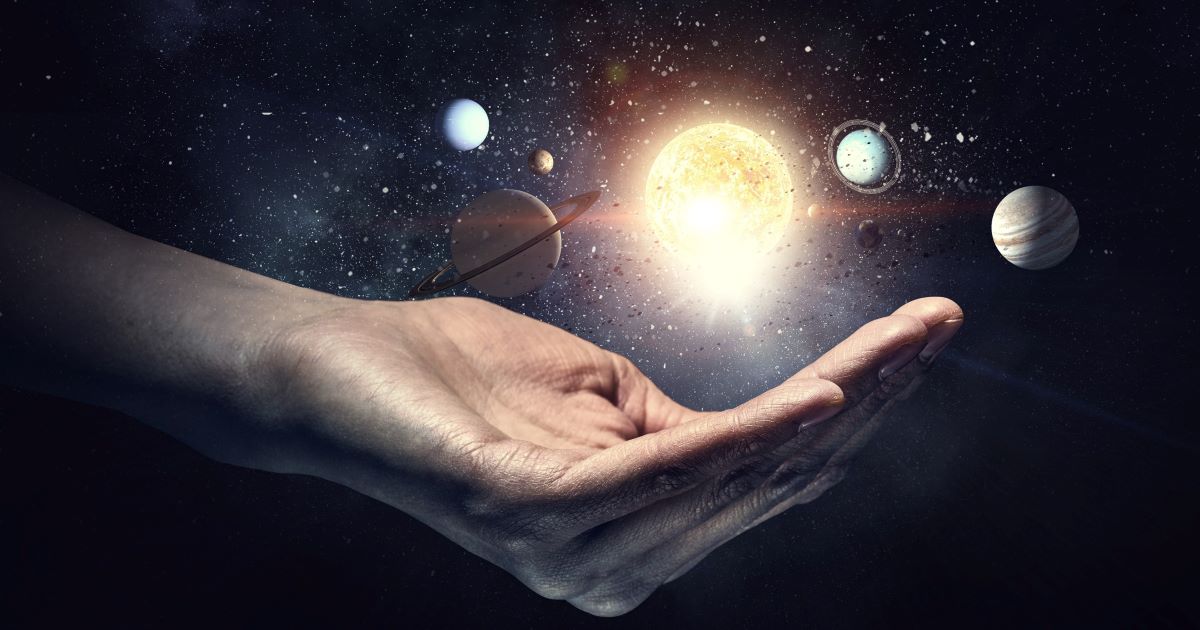 Most of us have encountered a humblebrag—which is when someone complains or self-deprecates as cover for boasting. For instance, someone might complain that his 40-foot yacht requires too much pressure-washing. Another might gripe that her mailbox is clogged with acceptance letters from elite universities. In all cases the apparent humility is a show. The real purpose is showing off. Scientists do this sometimes, too.

In a recent guest editorial at Forbes, astrophysicist Ethan Siegal strikes an apparently sober note, at least in his title: “No, Science Will Never Make Philosophy or Religion Obsolete.” This student of the stars says that although science has answered many of our timeless human questions—like “where do we come from?” and “how big is the universe?,” there are still “many questions that we can pose that do not—at least not yet—fall within the scientist’s purview.”

That little word “yet” crops up again and again in his piece, and it’s revealing. While seemingly carving out a space for religion and philosophy in the human pursuit of knowledge, Siegal implies throughout his article that these disciplines are there to bridge the mysteries science hasn’t yet solved. They offer “unproveable speculations” to tide us over until science can find “definitive answers.”

As evidence, Siegal points to questions once considered the exclusive domain of religion: the origins of living species, of the universe, and of planetary motion. These, he writes, have all been explained through purely materialistic theories. Meanwhile theology (an area “where we [lack] definitive knowledge”) has been exiled to the tougher questions of how life began in the first place, where the matter in the Big Bang came from, and what goes on inside of black holes. Thus, beyond the gaze of our most sensitive instruments, “where our established scientific understanding ends,” God will always be able to eke out a respectable living.

However well-intentioned Siegal’s piece, his humblebrag is clear: Science may not have all the answers yet, but in theory, there is no question it can’t eventually answer. Science, in other words, is omnipotent, if still on its way to omniscience.

Philosophy, according to Siegal, is marginally better, since “unlike religion,” it makes “appeals to reason and logic…” Its purpose, however, is still only to “probe questions that science cannot (yet) answer.” True, philosophy allows us to “peer over the edge [of scientific knowledge] and explore a variety of speculative ideas,” but “For every well-posed question that we can ask, the ultimate goal should be to eventually find a scientific answer.”

However well-intentioned Siegal’s piece, his humblebrag is clear: Science may not have all the answers yet, but in theory, there is no question it can’t eventually answer. Science, in other words, is omnipotent, if still on its way to omniscience.

My wife and I recently came across another example in an explainer video by WIRED magazine. In it, geneticists describe CRISPR gene-editing technology on five different levels of expertise, beginning with an elementary schooler.

By the time they reach the college student, the discussion turns to the ethics of genetically altering humans. The student and expert compare CRISPR with in vitro fertilization, which they note was once dogged by “scare-terms” like “test-tube babies.” “But now,” says the student, “we see that [in vitro fertilization] is perfectly fine as long as it’s regulated,” and therefore (he implies), so is CRISPR!

How becoming well-regulated makes a technology permissible or ends the important ethical debates surrounding its use is anyone’s guess. Yet this is the signature move of scientism: assert that all questions are scientific questions, and then ignore or deny realities science cannot put under a microscope.

It turns out God and Socrates are not easily banished to the edge of the lamplight. That atheists, materialists, and well-meaning-but-patronizing astrophysicists try just shows how drunk they are on bad theology and philosophy.

Some have been using this move for so long, they’ve come to believe it’s honest. Like the proverbial drunk beneath the street light, they’ve convinced themselves that no knowledge worth having exists beyond the glow of material investigation. They say this with such confidence that it’s hard not to laugh when someone deflates their ego.

My favorite instance of this is a cross-examination between Christian apologist William Lane Craig and atheist and chemist Peter Atkins, who calls science “omnipotent” during their exchange. Challenged by his opponent to name one thing which science cannot account for, Craig fires off five:

Logical and mathematical truths (which cannot be proven by science because science presupposes them), metaphysical truths (like the existence of other minds or the reality of the external world and the past), ethical truths (like the moral superiority of the Allies over the Nazis or the wrongness of slavery), aesthetic judgments (what is beautiful cannot be scientifically proven any more than what is good), and finally, science itself.

None of these, notes Craig, can be proven or even investigated using the scientific method, yet we are all rational to accept them. Indeed, scientists must accept them in order to do their work. Imagine trying to experiment on atoms you’re not sure are actually there, using logical and mathematical tools you have no reason to trust, to produce a nuclear weapon you don’t care how people use, and you will begin to grasp the scale of scientism’s conceit!

The cherry on top, of course, is that that scientism is itself a philosophy. And this is the real point that deflates materialist humblebrags: far from filling in the dark spaces where science has not (yet) penetrated, philosophy and theology are the roots and trunk from which it springs. If every fact in the material universe were discovered and catalogued, the roles of philosophy and theology in human knowledge would grow, not diminish.

It turns out God and Socrates are not easily banished to the edge of the lamplight. That atheists, materialists, and well-meaning-but-patronizing astrophysicists try just shows how drunk they are on bad theology and philosophy.