Why “Chosen Families” Can Never Replace the Family - Breakpoint
Give today to learn what it means to be a thoughtful Christian!
Skip to content 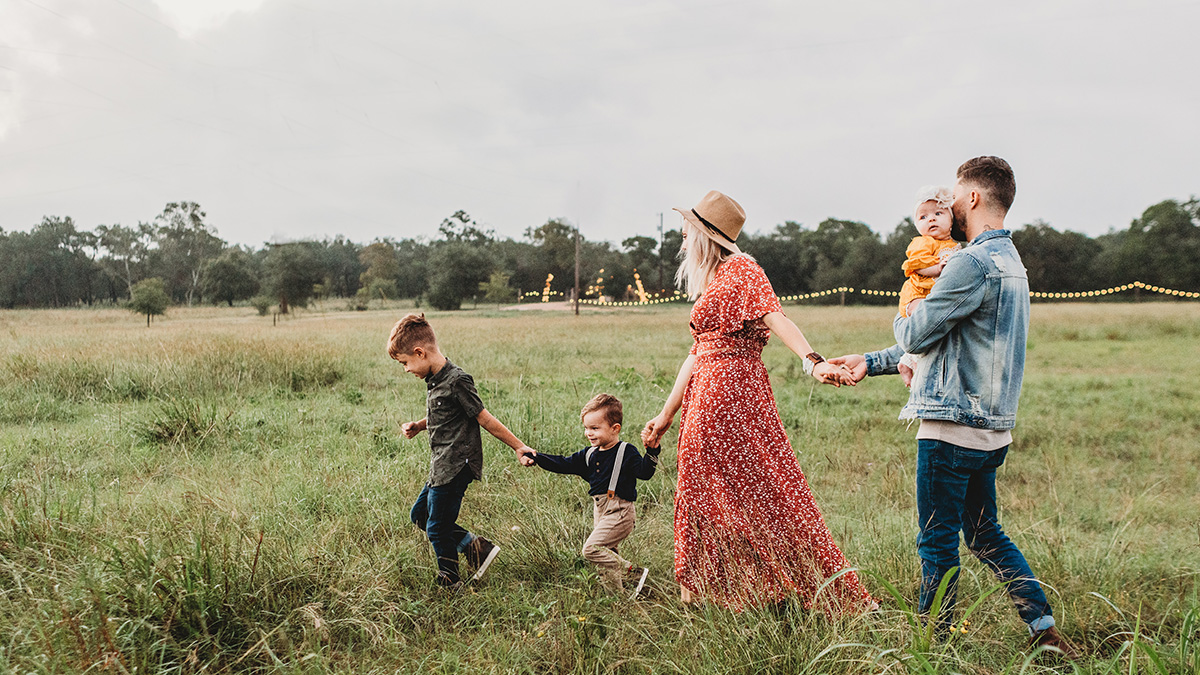 
Why “Chosen Families” Can Never Replace the Family

Part of the beauty of biological families is that they are not chosen. In essence, they are built around obligation, a duty to the other, not merely as a means of self-fulfillment.

Particularly “in the L.G.B.T.Q. community, it’s not uncommon to find a substitute family, colloquially known as a chosen family,” Dani Blum recently wrote in an article in The New York Times. According to Blum, a “chosen family” refers to the “intense, intimate relationships … people form apart from their biological relatives; it is the kinship you create outside of a traditional family structure.”

Chosen families are not a new phenomenon, nor are they exclusive to LGBTQ people. But in an age quick to write essential relationships off as “toxic,” they are increasingly common and consequential.

Relationships were designed by God to be a gift of His common grace. Certain relationships, like the intimacy between a husband and wife or the bond between parents and children are distinct in purpose and unique in function, irreplaceable in their roles as building blocks of society. Friendship, from our deepest commitments to common neighborliness, is to be treasured. All of these relational arrangements are increasingly rare and disordered in a techno-driven culture, captive to utilitarian concern.

And it is important to remember that Jesus taught of a tie that binds the redeemed beyond blood relation, secured by His blood. He asked in Matthew’s Gospel: “Who is my mother, and who are my brothers?” Then, pointing to his disciples, he answered: “Here are my mother and my brothers! For whoever does the will of my Father in heaven is my brother and sister and mother.”

The Church then is a family in an even deeper sense of the word. It is the family that is chosen by God. It has the capacity to fill needs keenly felt by those whose home life has been broken, characterized by absence, abuse, or hostility. In fact, family is the only relationship employed in Scripture as an analogy for the Church, both in the sense of Christ’s relationship with us and our relationships with one another.

The troubling thing about so-called “chosen families,” at least in our modern context, is what they are intended to replace. Rather than simply “expanding” the scope of family or letting friends step into a gap, we employ these relationships to shove away and replace our biological families.

The harms of this are most evident to children, as decades of studies have shown with stunning clarity. Biological fathers and mothers each contribute things irreplaceable by any other relationship. Even in the case of adoption, the most redemptive of all arrangements, deep emotional wounds often remain that children must process. Adoption is a beautiful choice, made because something has gone wrong. Thus, adoption is among the family relationships employed by Scripture to describe how God loves and redeems us.

In its glee over creating “family” out of any assorted collection of people, society has forgotten that the biological family is baked into the world by God’s intent. Family is no accident of history, no social construct that can be replaced. It is so woven into the fabric of biology that no society that has rejected it has survived.

In fact, “chosen families” are already failing to meet people’s basic relational needs. As Joshua Coleman wrote in The Atlantic, “Studies on parental estrangement have grown rapidly in the past decade, perhaps reflecting the increasing number of families who are affected.” In one survey of mothers aged 65 to 75, one in 10 reported being estranged from an adult child. Some 62% reported contact less than once a month.

Part of the beauty of biological families is that they are not chosen. In essence, they are built around obligation, a duty to the other, not merely as a means of self-fulfillment. By contrast, if we can opt into a group of friends, we can just as easily opt out.

There are certainly cases in which family members are abusive, controlling, or in the true sense of an exhausted word, “toxic.” Still, the spirit of the age is one that teaches us to prefer the company of those who ask less of us. Will these “chosen” replacements endure the demands of life, illness, and aging?

In such an age, the Church’s calling to be a family for those who have none matters all the more. Like the family, the Church is no social construct, but a reality baked into the world by the One who created it. He is the same One who included man and woman, husband and wife, mother and father in the design specs of humanity. Any society that tries to write these relational realities out of the story of the world will not fare well.