Does Trevor Lawrence Have Too Much Character to be the NFL’s #1 Pick? - BreakPoint
Skip to content 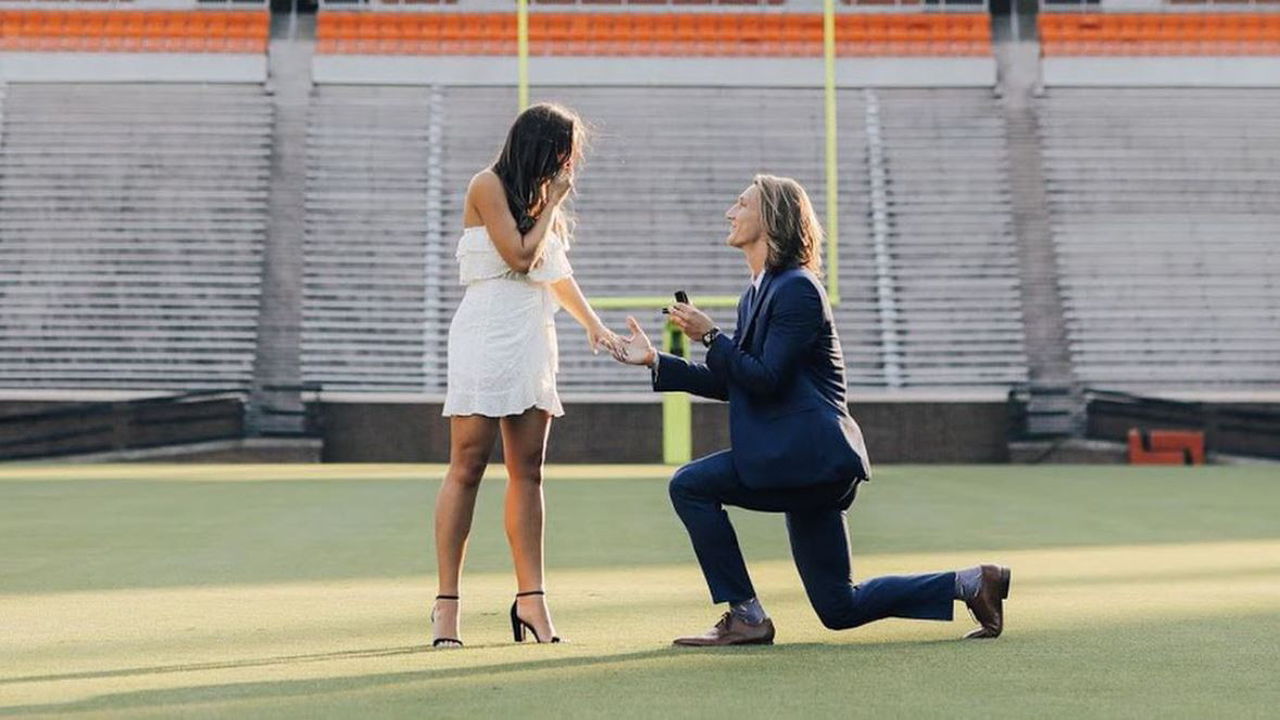 
Does Trevor Lawrence Have Too Much Character to be the NFL’s #1 Pick?

Most people (at least those paying attention) expect quarterback Trevor Lawrence to be the first player selected in this year’s NFL Draft. Frankly, his draft stock has been a foregone conclusion since his heralded arrival at Clemson in 2018, and it was only strengthened after he led the Tigers to the National Championship as only a freshman. He’s a team leader who can read a defense and flat out throw the ball.

In fact, the only doubts that exist about Lawrence’s potential in the NFL have nothing to do with talent or poise, but are about his character. That is, some pundits worry Lawrence has too much character.

In a recent interview with Sports Illustrated, Lawrence said, “I don’t have this huge chip on my shoulder, that everyone’s out to get me and I’m trying to prove everybody wrong.” As if that were not troubling enough, he clarified, “[T]here’s also more in life than playing football.”

As a committed Christian, who is very public about his faith and the way it shapes his life, one of the things Lawrence considers more important than football is Jesus. He also apparently has a thing for family. Recently, Lawrence skipped an NFL pre-draft event to marry his high-school sweetheart. This crazy behavior fed a narrative that Lawrence, like other Christian athletes, is probably too “soft” and lacks the kind of monomaniacal focus required to succeed in football.

Given that there’s never been a shortage of Christian players who possessed deep faith and achieved great on-field success, this narrative is baseless. No one who was the receiving end of a hit by Steelers’ great Troy Polamalu thought his faith made him somehow “soft.” Not to mention, Lawrence has proven his competitive zeal. In three seasons at Clemson, he lost only two games.

Still, the presumption persists that the perspective, balance, and priorities shaped by a sincere faith are somehow liabilities and obstacles to athletic success. So, when Lawrence tweeted, “I am secure in who I am, and what I believe. I don’t need football to make me feel worthy as a person,” the critics pounced.

These critiques, in reality, say nothing about Trevor Lawrence. They only expose how absurd discussions of character have become in our culture. Scarcely a week goes by without a story featuring an active or former NFL player in trouble with the law. In the short time leading up to the draft, a former NFL player killed five people before killing himself. That same day, police arrested another former player on charges of first degree murder in connection with a shooting that injured one person and killed another. Then, a few days after that, a current player ended up behind bars on weapons charges. The local news report of that story began tellingly: “Another pro football player has been arrested in Northeast Ohio on a weapons charge.”

The NFL has learned about character the hard way. Whenever a player is selected in the draft later than their abilities suggest, the reason is nearly always a concern about character. Teams spend a lot of time and money up front assessing a prospect’s character because they’ve learned how costly it can be. In 2013, after tight end Aaron Hernandez was charged with murder, the Patriots became the first NFL team to hire a “character coach.”

All of which makes concerns that a player like Lawrence has too much character simply bizarre. If anything, what the Bible calls the “fruit” of faith and character would make him a safe choice. But, in a world of “expressive individualism,” things like character and virtue and integrity seem old-fashioned. Still it’s these old-fashioned ideas our ailing young men, and our ailing society, need the most.

The Unrivaled Arrival of Trevor Lawrence

QB Trevor Lawrence, Marissa Mowry get married with Christ at the center

Quarterback Trevor Lawrence addresses criticism over his quotes about his motivation

Is the Patriots’ secret weapon their character coach?