Dying for the Truth - Breakpoint
How can we respond to those around us with truth and love? Give today to receive this month's featured resource.
Skip to content 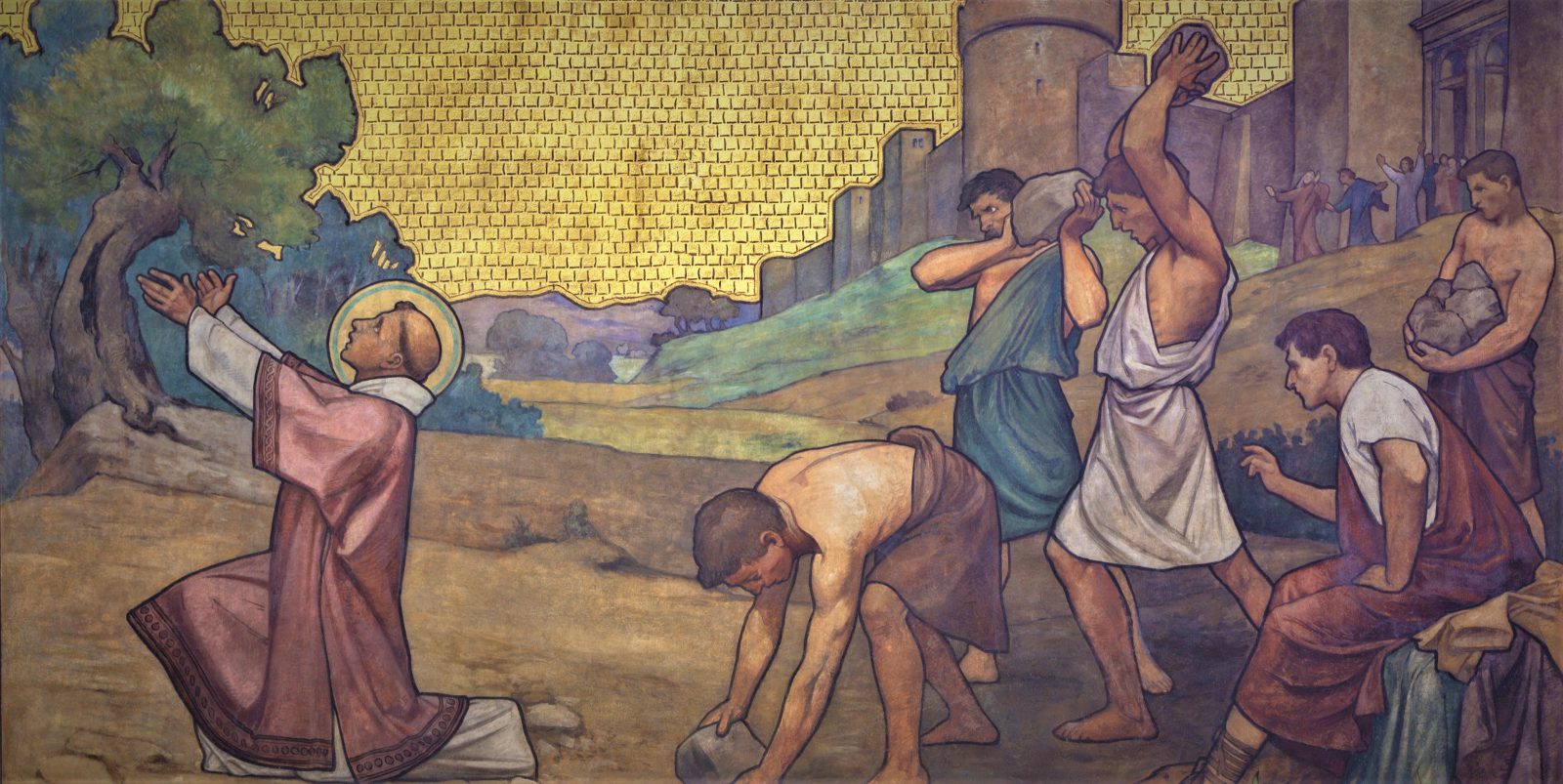 
Dying for the Truth

The Commitment of the Apostles Confirms the Truth of the Resurrection

Many of us, as committed Christians, would rather die than reject our Savior. Around the world today, Christians are executed regularly because they refuse to deny their allegiance to Jesus or the truth claims of Christianity. But their deaths, while heartbreaking and compelling, have no evidential value. Many people are willing to die for what they don’t know is a lie.

That is, martyrdom doesn’t confirm the truth, especially when the martyrs don’t have first-hand access to the claim for which they’re dying. But this wasn’t the case for the disciples of Jesus. They were in a unique position: they knew if the claims about Jesus were true. They were present for the life, ministry, death and alleged resurrection of Jesus.

If the claims about Jesus were a lie, the disciples would have known it (in fact they would have been the source of the lie). That’s why their commitment to their testimony was (and is) so compelling. Unlike the rest of us, their willingness to die for their claims has tremendous evidential value.

Unlike the rest of us, their willingness to die for their claims has tremendous evidential value.

In fact, the commitment of the Apostles confirms the truth of the resurrection.

Andrew was crucified in Patras, Greece.
Bartholomew (aka Nathanael) was flayed to death with a whip in Armenia.
James the Just was thrown from the Temple and then beaten to death in Jerusalem.
James the Greater was beheaded in Jerusalem.
John died in exile on the island of Patmos.
Luke was hanged in Greece.
Mark was dragged by horse until he died in Alexandria, Egypt.
Matthew was killed by a sword in Ethiopia.
Matthias was stoned and then beheaded in Jerusalem.
Peter was crucified upside down in Rome.
Philip was crucified in Phrygia.
Thomas was stabbed to death with a spear in India.

As a detective, and a very skeptical one at that, I don’t necessarily accept all these traditions with the same level of certainty. Some are better attested to than others; I have far greater confidence in the history related to Peter’s death, for example, than I have in the claims related to Matthias’ death. But I am still confident these men died for their claims, even if I may be uncertain about precisely how they died.

Here’s why: There were two quick ways to end the upstart Christian religion in the first century (and both the Jewish and Roman leadership would have been eager to accomplish this task). First, the enemies of Christianity could simply have dragged the body of Jesus through town to demonstrate He was still dead. Second, they could have forced the alleged eyewitnesses to recant. Neither of these two things ever occurred.

While not everyone is aware of it, we do have ancient accounts of recanting on the part of Christians. Pliny the Younger was Roman lawyer and magistrate who lived from 61-113AD. He served as the governor of Bithynia-Pontus (located in modern Turkey) under Emperor Trajan, and he conducted trials against those who had been identified as Christians. In a letter he wrote to Trajan in 111-113AD, he said the following:

“…in the case of those who were denounced to me as Christians, I have observed the following procedure: I interrogated these as to whether they were Christians; those who confessed I interrogated a second and a third time, threatening them with punishment; those who persisted I ordered executed. For I had no doubt that, whatever the nature of their creed, stubbornness and inflexible obstinacy surely deserve to be punished… Those who denied that they were or had been Christians, when they invoked the gods in words dictated by me, offered prayer with incense and wine to your image, which I had ordered to be brought for this purpose together with statues of the gods, and moreover cursed Christ–none of which those who are really Christians, it is said, can be forced to do–these I thought should be discharged. Others named by the informer declared that they were Christians, but then denied it, asserting that they had been but had ceased to be, some three years before, others many years, some as much as twenty-five years. They all worshipped your image and the statues of the gods, and cursed Christ.”

Not every early Christian was willing to die for his or her beliefs. Here we have excellent evidence of second-century Christians recanting their claims in order to stay alive in the Roman Empire. One thing is certain: The Roman authorities recognized the importance of their efforts to obtain denials from early Christians.

Pliny’s testimony in this regard (recorded very early in history) is evidence of this. Many second-century Christians, who were not eyewitnesses of the Resurrection, recanted their membership in the Christian family to preserve their lives.

Yet there isn’t a single ancient document, letter or piece of evidence indicating any of the Christian eyewitnesses (the apostolic disciples) ever changed their story or surrendered their claims. Given the reasonable expectation of this Roman effort and the evidence from history confirming the trials of Christians, it’s remarkable none of the eyewitnesses ever changed their claims.

Our willingness, as non-witnesses later in history, to die for what we believe has no evidential value, but the willingness of the first disciples to die for what they saw with their own eyes is a critical piece of evidence in the case for Christianity. The early tradition of the Church related to these deaths is bolstered by the lack of any ancient record of apostolic denial, especially given there exist other ancient accounts of public persecution and denials by early Christians.