Earning the Enmity of the World: The Church's Perpetual Lot in Life
Skip to content 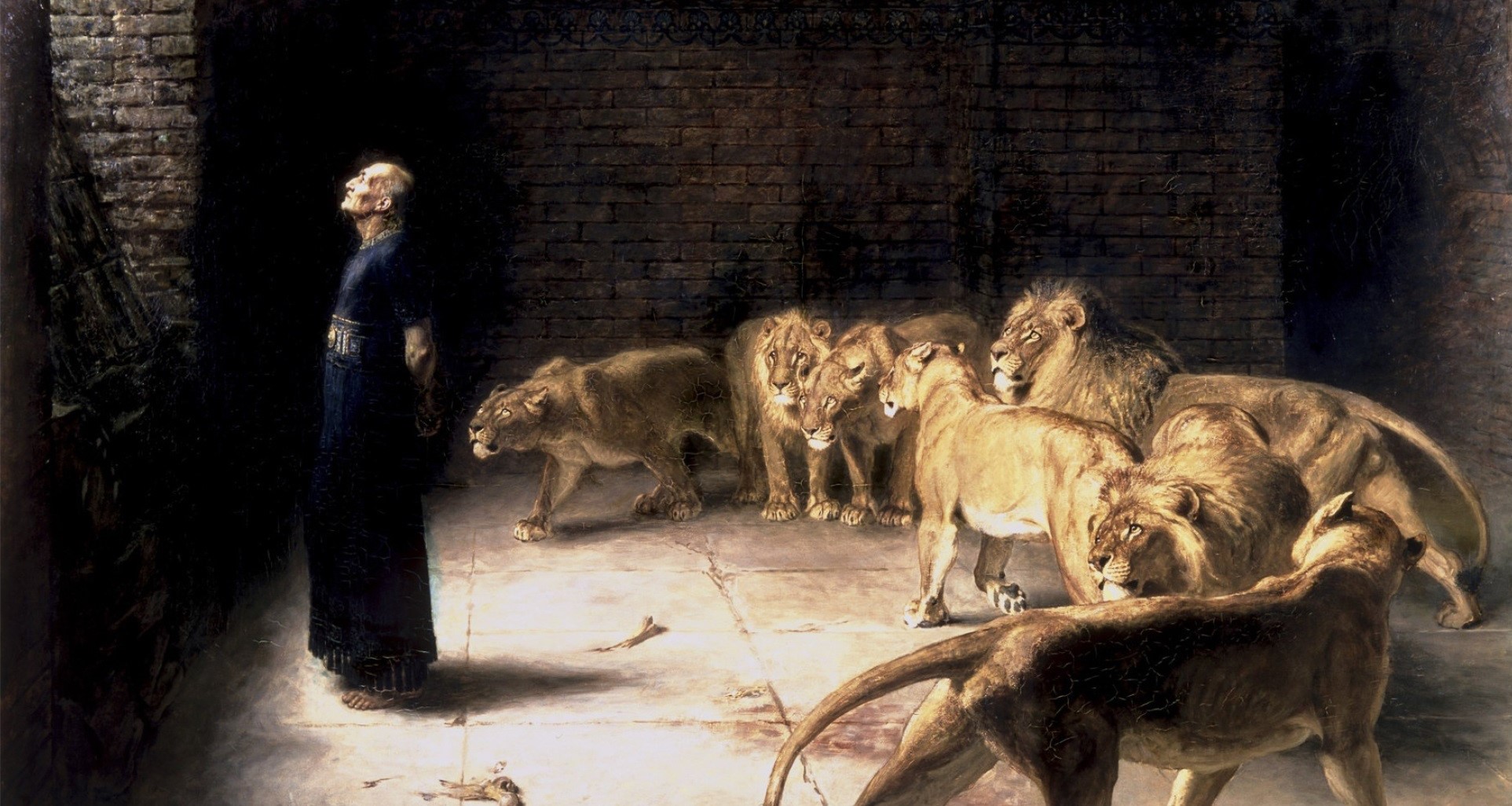 
Earning the Enmity of the World

Christianity does not play well with others.

Despite our hope and expectation that we might sidestep the disdain of the world if only we’re gracious enough, relevant enough, keyed-in-to-the-cultural-moment enough, there is a limit to how nicely we’ll get along with those outside church walls. Here’s the truth: the hostility of the world is not an accident of our moment in time or a side-effect of “that kind of Christian” who makes us a stench in unbelieving nostrils. It’s part and parcel of our lot in this life to be misunderstood, slighted, and even hated.

Anywhere you look in the world today you can see this tension between Christ and Culture. In some places like Nigeria, China, India or the Middle East, ours is arguably the most dangerous era to be a Christian. In lands like these you can be killed, imprisoned, denied employment, or a host of other unpleasant eventualities, solely for the sake of your Christian faith. Here in the “enlightened” West, you’re unlikely to be killed, but you just might be fined, have trouble finding work, or simply be publicly shamed, all because you don’t fit in.

A lot of folks don’t like comparing these two types of hostility. Being the victim of a tweet-storm as you sip your latte is hardly the same thing as being driven from your home under the threat of death. That’s a fair critique, but only to a point, if for no other reason than, like a visit to the ER, it presumes that pain has to reach an arbitrary threshold before we think it significant. That’s like saying that person with a broken ankle shouldn’t fuss since she doesn’t have a shattered spine.

No, the generally mild harassment Christians may face in the West is not of the same sort as what our brothers and sisters experience elsewhere, but it is of the same source. There’s something in Christianity that draws an enduring disdain from the world, and this tension cannot be dissipated, no matter how hard we try. Christianity dances to a different tune than the one the world likes to play.

If we look at some of the common complaints laid at the door of the church during its first days of growth under the Caesars, we see these same antagonisms today leading opponents to find fault and take action against the faith of our fathers. Some, like the charge of incest and cannibalism, were nothing more than misunderstandings of the Christian use of “brother and sister” and the eating of “body and blood.” The church will always face charges based on misconceptions, intentional or accidental, and we must always guard against giving any justification for such slander.

With other considerations, the problem is far more fundamental. Christians have a loyalty that transcends particular cultures, and those cultures will always resent this. We operate on a different set of rules than the surrounding society, a set that cannot comport itself to the whims of either tradition or progress. Because we are oriented to something outside the temporal moment, there will always be a gap between the allegiance demanded of us by our culture and what we can in good conscience provide.

In the earliest days, Christians were thought of as strange, rather like the way we would look at some kooky doomsday cult hiding out in the countryside. However, as time wore on and their numbers increased, their role in society began to be a problem. More properly, it was their lack of role which was troublesome. For many Christians, participation in the government, whether in the army or in civil service, simply presented too many compromises to be countenanced. Overt idolatry was often just part of the job, and the Roman Empire wasn’t exactly the most moral organization in human history.

As Christians became more numerous, this lack of engagement became more noticed. Many began to say that the faithful were unpatriotic for not paying their fair share of civic duties. Theologians like Origen and Tertullian countered these objections, saying that Christians were betters citizens than their pagan counterparts, being more peaceful and able to call on divine aid for the empire’s prosperity. However, the basis of the complaint remained: Christians would not participate in given civic activities because their citizenship in heaven precluded certain roles which would have entailed moral compromise, even if the activity itself aimed at a moral good.

Another presumption about Christians was that they were bad for society. Specifically, Roman culture blamed them for the disruption of family and business. In our day we maintain a clear distinction between religion and everything else, but for most of human history, no such demarcation existed. Nearly all social and business activities were draped in religious garb, with rituals, sacrifices, and libations accompanying even the most mundane activities. Fathers, or the Paterfamilias, were the priests of their household, charged with ensuring that morality was maintained and that the ancestors received their due homage. Similarly, each trade thrived under the protection of patron deities, and guilds orchestrated the proper worship of these unseen protectors.

Christianity’s claims to priority over all of life undermined this unity and cohesiveness. New believers claimed a new Father and joined a new association. Coming to faith in Christ meant rejecting and being rejected by one’s own family, and it meant exclusion from business for those unwilling to cooperate with vocational standards and practices. Whatever love they had for their families, and whatever skills they showed in their work, conversion to Christianity meant separation from these fundamental aspects of Roman life.

One of the strangest accusations against Christians in its early years was that of atheism. It may sound odd to us, but Christians were considered atheists by the society of that day because they in fact were atheists, after a fashion. The denied the gods of the day, even as they insisted on the reality of the one true God. This was more than a problem with their beliefs; it signaled an apparently arrogant claim to exclusivity.

Contrary to our retrograde perspective, the Roman state and society were actually rather tolerant of a wide variety of beliefs. You could believe whatever you wanted, so long as they didn’t exclude your participation in things like the Imperial cult which helped to bind society together. Only Jews were exempt from this requirement, meaning that when they parted ways with Christians in the 1st Century, the latter were now open to state persecution. Their continued refusal to subordinate their faith to the reigning paradigm was seen as an  act of defiance and intolerance, earning them the reputation for harboring a “hatred against mankind.”

In each of these cases, we see a common refrain. The society of their day called on Christians to offer up a total obedience to the cultural moment, and Christians could not do so. Societies change, progress, and evolve over time, but the pressure for absolute loyalty endures through the centuries. Christianity is acceptable only insofar as it accommodates itself to the priorities of the age

As much as we are called to work for the common good of the city, nation, or world, there are times when doing so would require Christians to violate our consciences and Scriptural principles. While there is no sure call as what to do at that point, we will, at times, have to step back from cultural involvement. As much as family and work are good gifts of God, and we should be the most interested in such flourishing, there will be moments will the priorities of family, clan, and race will contravene our loyalty to Christ as well as times when the cost of doing business will tempt us to choose the expedient over the moral. Finally, when faced with the governing ideology of any age, whether it’s the authoritarianism of 1st century Rome, the totalitarianism of 20th century Europe, the absolutist relativism of 21st America, or any other rivals for our affection, our ultimate fealty to Christ and His kingdom places us out of step with the demands of our surrounding culture.

When we face the enmity of the world, it can be hard not to fall into despair, or to venture on the futile path of earning its favor. Rather than either of these, we can look to the promise of Him who has done more for us than the world can do to us. Even as the watching world finds new ways to disdain the Bride of Christ, we have the assurance that the Bridegroom stops at nothing to protect, cherish, and love His Beloved. Not even death itself could keep Him from His wedding day.