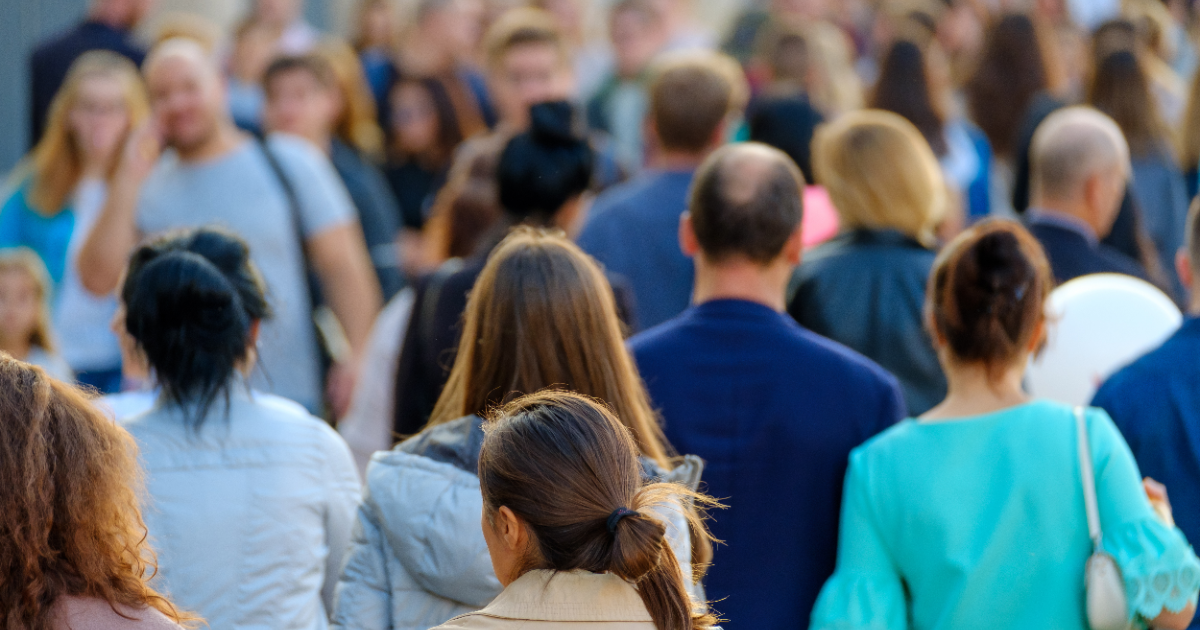 The Case against “Culling the Herd”

According to news reports, there’s at least one bright spot amidst all the COVID-19 bad news: the planet is beginning to heal itself. With those pesky and invasive humans stuck at home, animals are reclaiming wild spaces (and even city streets) and, of course, CO2 emissions are down. The underlying message of these news reports is this: What the Earth needs to heal is fewer people.

The idea isn’t new. Since at least the 1970s, environmental activists have advocated for reducing the human “footprint,” which ultimately means reducing the number of humans.

For example, in his latest film “Planet of the Humans,” Michael Moore argues that green energy, such as solar, wind, and other renewables, will get us nowhere. Our only hope to combat climate change, he says, is limiting population growth.

While many environmentalists will disagree about the potential of “green energy,” most agree that we need population control. In fact, the idea is now so firmly planted in Western minds, it is, for many, impervious to facts and reason. When beliefs become pseudo-religious like this, we tend to ignore some facts and forget others.

And, we are quick to forget that some of the most horrific human rights abuses of the past 50 years were attempts to limit population growth. I’m not only talking about China’s infamous and horrific “one-child” policy. The war against fertility has been waged from Peru to India, and many places in between.

Still, the blindest blind spot driving the anti-human, anti-natalist worldview behind so much environmental alarm is to something that has proven to be true over and over. Namely, the best tools humans possess to combat environmental challenges are human ingenuity and creativity. Put another way, it’s remarkably short-sighted to see humans as only problems to be solved. The human capacity to adapt, imagine, and innovate are the best solutions available.

Take for example Project Vesta, which is currently testing an ingenious way to remove CO2 from the atmosphere by taking a cheap volcanic mineral called olivine, grinding it up, and spreading it on sandy beaches. According to Project Vesta CEO Tom Green, the goal is to “speed up a natural process that normally takes place very slowly, over geological time.”

When ocean waves and rain hit the ground-up olivine, it “triggers a chemical reaction that pulls carbon dioxide out of the atmosphere and into the water as a molecule called bicarbonate.” In turn, marine organisms use the bicarbonate to make sea shells and corals. Or as Green put it, Project Vesta’s vision “is to help reverse climate change by turning a trillion tons of carbon dioxide into rock.”

The very audacity and imagination of Project Vesta reminds me of how enhanced agricultural production spearheaded by Norman Borlaug and the Green Revolution made catastrophic predictions about overpopulation and food shortage look foolish. Or of India’s work developing safe nuclear reactors using thorium as fuel. There are simply so many instances like these that suggest people aren’t the problem. They are the solution.

Misanthropic worldviews obscure the obvious lessons of these stories, and instead advance the demonic idea that we must “cull the human herd” (a phrase that has made a comeback during the pandemic). There is, of course, no reason we should think that human ingenuity and adaptability have come to an end in this day and age. Thus, there’s no reason to think that fewer people are the answer.

Of course, Christians should know this already, since we also know that every person is unique and valuable, created in the image of God. But, even a materialist, who thinks credit for our success as a species is due to natural selection, should be able to see our track record and conclude humans are not the problem to be eliminated. They are the solution.

Animals are taking over. These stunning photos show Yosemite without tourists

How the coronavirus pandemic slashed carbon emissions — in five graphs

Mapped: Each Region’s Median Age Since 1950

Ever been to a green sand beach? The newest geohack to fight climate change