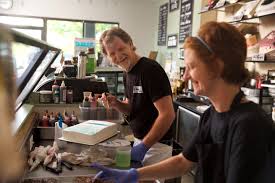 
Give Jack Some Slack: The Ongoing Harassment of Masterpiece Cakeshop Owner Jack Phillips

For more than a decade, LGBTQ advocates have sought to force Masterpiece Cakeshop owner Jack Phillips to decorate cakes with messages that violate his Christian faith. This despite his victory at the Supreme Court, this despite the Colorado Civil Rights Commission being forced to end the persecution. Jack is back in court again, this time defending himself from a lawsuit initiated by  transgender attorney, who, as John Stonestreet explains passionately, is waging a vendetta against Jack Phillips.

Also in this episode: John and Shane Morris discuss the ramifications and lessons learned from the revelations regarding the late Christian apologist Ravi Zacharias; the remarkable legacy of Rush Limbaugh, who passed this week; South Carolina’s new heartbeat bill to protect the lives of the unborn–and just how ridiculous abortion advocates look when they insist on stopping a beating heart.

They wrap up the show with their recommendations: Miracles by C. S. Lewis, and  . . . the next time you’re in Florida . . . The Kennedy Space Center.

Register for our Short Course with Thaddeus Williams, author of Confronting Injustice without Compromising Truth

“The Infinite Human Capacity to Deceive Ourselves and Then Rationalize It,” by John Stonestreet, BreakPoint