Worldview and Haiti: Ideas Have Consequences - Breakpoint
What makes the Church essential? Click here to learn more.
Skip to content 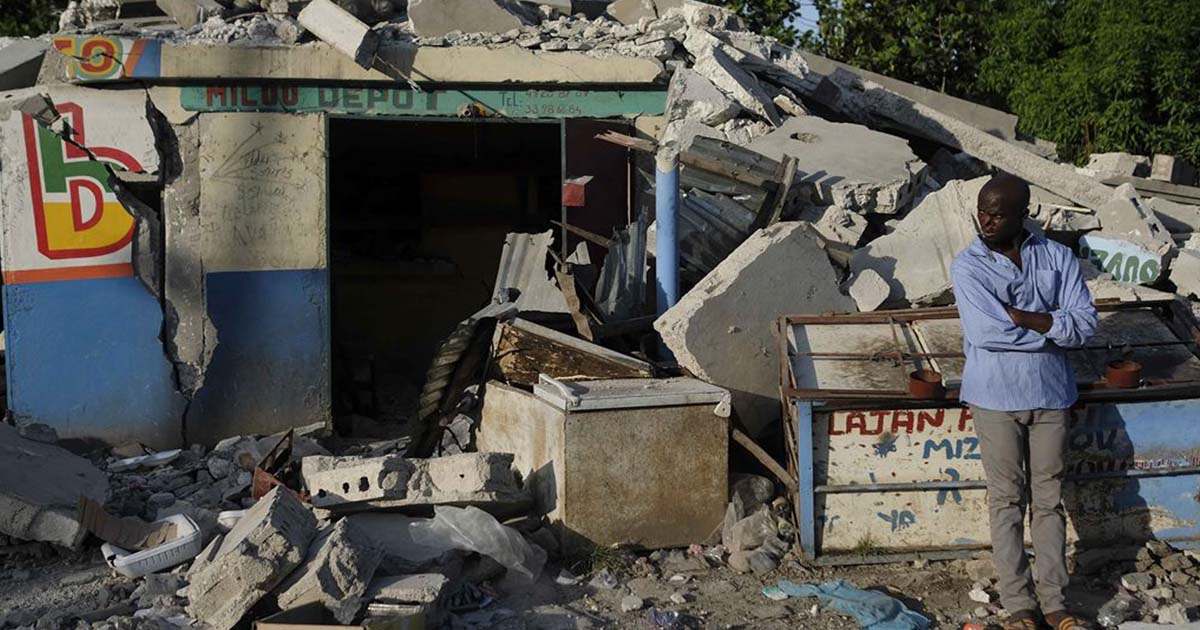 
Worldview and Haiti: Ideas Have Consequences

Last month, the Washington Post editorial board called for the U.S. government to intervene in Haiti. It’s hard to fathom what this nation has endured in the last year alone: high profile kidnappings, political violence including the assassination of its president, devastation from natural disasters, gang violence, new allegations of horrific abuse by U.N. troops… the list seems unending.

Some nations are able to achieve a level of stability that allows them to navigate crises like these. Haiti has not. In fact, its instability seems to make it a breeding ground for more calamity. Billions of dollars in foreign aid have poured into Haiti, but the lack of long-term, measurable results suggest that the problem isn’t merely a lack of funding. The nation’s history helps illuminate why.

Haiti occupies the western half of the island of Hispaniola. Claimed by France in 1665, the island’s natural productivity helped make it one of the wealthiest colonies in the French Empire. By the 1780s, Haiti exported 60 percent of the coffee and 40 percent of the sugar consumed in all of Europe.

Haiti’s colonial masters were only able to achieve such growth because of slavery. The approximately 40,000 slaves that arrived on the island of Hispaniola each year made up more than one-third of the entire Atlantic trade. Slave treatment was so brutal on the island, most slaves didn’t live to see their 21st birthday.

In 1791, Haiti became the site of “the largest and most successful slave rebellion in the Western hemisphere.” Famously, the revolt kicked off with Vodou ceremonies, in which the inhabitants pledged themselves to the animistic religion. The Vodou belief system has been part of Haiti’s national identity ever since.

The Haitian Revolution was a long, bloody affair. Though successful in overthrowing the heavy hand of France, by the time it was over, much of the country’s infrastructure and plantations had been destroyed. Haiti officially declared independence on January 1, 1804, becoming the second republic in the Western hemisphere after the United States and the first black republic in the world.

However, the country faltered in the years that followed. Crippled by an assassination, the young republic descended into a political rollercoaster, fracturing and reuniting from the 1820s until today. Haiti was often exploited by foreign powers who sought to pillage the nation through “Independence” payments or occupation.

Today, Haiti’s chaos seems perpetual, and our news cycle does little to humanize what’s happening on the ground. Over $13 billion in aid has been poured into the island nation since 2010, and yet the need for disaster relief not only remains, it seems endless. After the recent kidnappings of 17 missionaries in Haiti, some Christians are even questioning the wisdom of engaging in dangerous missions in such an impoverished and volatile country.

Before a question like that should be asked or answered, the reasons for Haiti’s plights should be understood. It is precisely here that Westerners have to set aside sentimentality and cultural relativism and accept that Haiti’s problem isn’t a lack of money or natural resources. The problem is Haiti’s cycle of political corruption and dependence, together with animistic beliefs that date back to the country’s founding.

Back in 2010, my friend Darrow Miller of The Disciple Nations Alliance argued compellingly that Haiti, at root, has a worldview problem, both in the brutality Haitians suffered as slaves and the Vodou beliefs that marked its successful revolt. This week, Darrow joined Shane Morris on the Colson Center’s Upstream podcast to further explain how Haiti’s traditional worldview sees the universe as capricious rather than orderly and filled with unloving gods who need to be placated, showing what a difference a worldview makes.

These beliefs lead to “a culture of bribery and corruption,” and “feed an attitude of hopelessness and despair.” When fatalism reigns in a worldview, reinforced by a seemingly unpreventable string of national bad luck, people seek merely to survive the whims of droughts, earthquakes, and floods, rather than prepare for them.

The reason that billions of dollars of aid, food, and well-meaning infrastructure work and missions have made little sustainable difference in Haiti is that the problem isn’t, at root, a financial one. Too many of her citizens do not think of the world as a place that could improve, or their nation as one that could ever heal.

To be clear, this does not imply, on any level, that we should give up trying to help, or that Christian missions there should stop. Only Christian discipleship, in its fullest sense, can make a long-term difference. However, the work we must do requires, as Dr. Ron Nash once put it, using our heads as well as our hearts.

Worldview matters. Ideas have consequences. Bad ideas have victims. Haiti is proof that these phrases aren’t merely slogans. They are true for people and communities, for individuals and entire nations. We can only help nations like Haiti by considering the power of worldview, not just our wallets.

International intervention and foreign aid are often required to lift nations out of such deep despair. Long-term stability, however, requires a change of heart and mind, and a different way of seeing the world and our mission to it.

Haitians Testify to Our Only Hope
John Stonestreet & Kasey Leander | The Point | August 17, 2021