The Holocaust and Silence of God
Skip to content 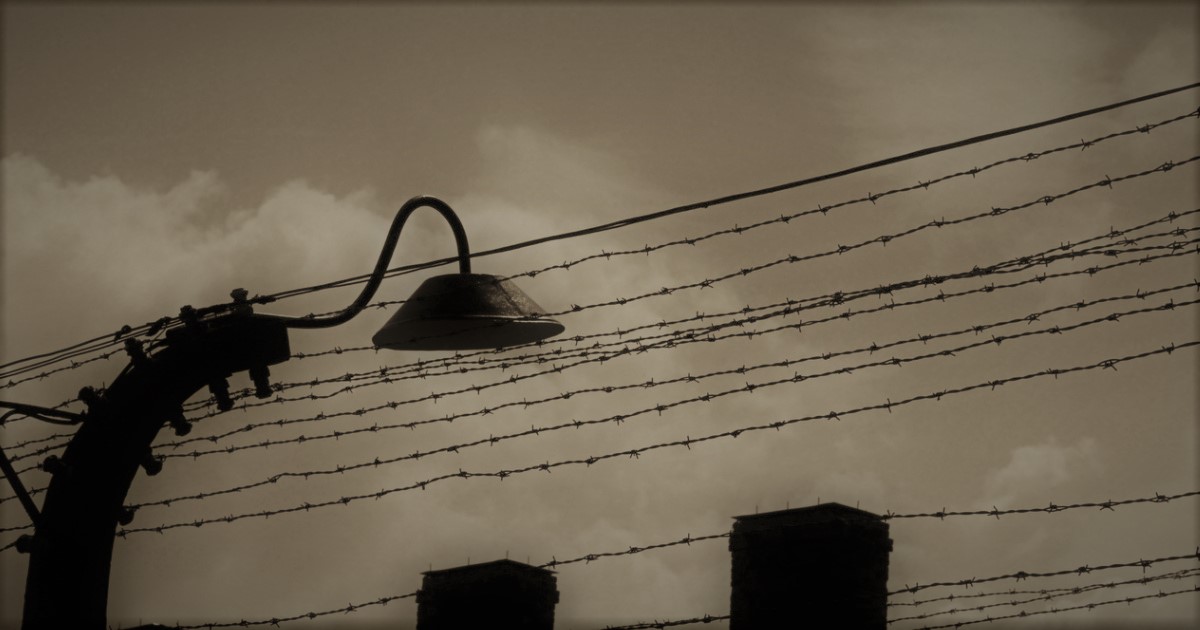 
The Holocaust and Silence of God

Each year on Holocaust Remembrance Day the world takes stock of its darkest times. Days of this sort are rather like funerals. They come around every so often, but not so often that we get used to them or learn quite what to do with them. They make us uncomfortable, and this is more than mere awkwardness. Funerals make us uncomfortable because we are forced to face the reality of our own mortality. Likewise, the Holocaust forces us to face the reality of evil. Real evil, not evil as a punchline for a Mike Myers comedy, but evil as a deep and abiding horror. This kind of evil is unsettling because our illusions of safety and innocence are lost. It could happen to me. It could happen by me. And this unsettling feeling drives us to demand answers from God. We ask, “Where were you, God?”

Several years ago, when one of my sons was just three years old, I was putting them all down for the night when our routine was broken by a loud, unpleasant buzzing outside their bedroom window. It repeated two or three times, only to be followed up by silence and darkness. After assuring the boys that everything was fine, and leaving my phone on with a light and comforting music, I went outside to make sure that all was well indeed. It turned out that a branch had come down on a nearby powerline, causing the street’s transformers to blow. The fire department was quickly on the scene, so I took a moment to chat with the neighbors.

I may have known that my children were safe, but they did not share in this comforting knowledge. Returning to their room after a few minutes, I found the music off and the kids huddled together. The older boy was fine in short order, but his younger brother was not so quick to forgive. And forgive is the word. With his little lower lip sticking out about a half a mile, he looked at me with cold eyes and asked again and again and again, “Where wuz you, Dada?” This was no question; this was an accusation. His father, the one who was supposed to protect him, to make sure that no harm could come to him and no fear could trouble him, his father wasn’t there.

We have that very same experience quite often ourselves, don’t we? Life may be going on swimmingly for a while, but then suddenly, we’re faced with something which stops us dead in our tracks. Something so horrible, so unfathomably awful, that we simply don’t have a category for it. “Ordinary” crimes like theft and even murder don’t trouble us. That’s just life, right? But then a child killing, a case of incest, or a serial torturer comes along, and we just don’t know what to do.

At those moments we are left asking questions. How could this happen? Why would this happen? Why would anyone do this? Why didn’t anyone stop this? We have coping mechanisms and willful ignorance which serve us well to excuse and numb us to the background noise of mundane horrors, but even these defenses fail at some point. When the crime is extraordinary in some way, our categories are burst and we turn in rage against God, demanding answers for this wretched condition. Like my little son, we turn to God with our cold, accusing eyes, asking, “Where wuz you, God?”

The Holocaust perpetrated by the Nazi regime is one of the most well-known horrors of the horror-filled twentieth century. It is such a commonly discussed event that it has become shorthand for the reality of evil in this world. With eleven million dead, six million of these specifically targeted Jews, no discussion of the problem of evil or of the Second World War would feel complete without an extensive commentary on the realities of Auschwitz, Buchenwald, and Bergen-Belsen.

Yet, despite such elaborate levels of scrutiny, how many of us would say that we really understand the Holocaust? Are we “comfortable” with the topic enough to say, “Here is why this happened”? Few of us would be so bold as to be so flippant, and most of us would immediately dismiss such hubris, not merely as incorrect but as wrong, even immoral. The Holocaust is evil incarnate. It is a “sacred evil,” something so horrendous that making light of it demands immediate and total ostracization. It is so beyond the pale and our comprehension that, seventy years on, we still are dumbfounded by its terror.

The Holocaust is evil incarnate. It is a “sacred evil,” something so horrendous that making light of it demands immediate and total ostracization. It is so beyond the pale and our comprehension that, seventy years on, we still are dumbfounded by its terror.

For many, the first time they came face to face with this terror was through “Schindler’s List.” We watched with Liam Neeson’s character as the perverse snowfall of human ash fell down on his fair city, as Jews were forced to dig up their own dead, to hide the crimes against their own. We watched Schindler realize that the little girl in the red dress was now just another number in a genocide, another carcass dumped on the pyre. How could this happen?

For others, it was a book assigned to us in school. Think of Eyewitness to Auschwitz, where the narrator tells us of his three years working in the crematorium, watching his unknowing fellow Jews walk into the “showers,” all the while unable to warn them of their inevitable fate. We read there of the young mothers who, perceiving what was before them, spoke gently and reassuringly to their children, telling them that everything was fine, even as they waited their turn in the chambers. If you can read that without having to turn aside, then you are made of sterner stuff than I.

Absorbing something like this in the midst of school-aged utopianism is enough to force from us any illusions of human innocence. Even for those of us long past such youthful naivete, this painfully reminds us that our enlightened age is perhaps more, not less, capable of great evil than our supposedly more primitive ancestors.

Maybe this is one of the reasons the Holocaust sears our souls. This was not done by some oppressed people, seeking to redress sins inflicted in the past. Neither was it done by backwoods, uneducated people, so ill-informed about life that they lashed out at any and all who were different. This was done by Germany, arguably the most advanced and best educated nation in the world in that day. As portrayed in the excellently unnerving HBO movie, Conspiracy, the leaders of German society, military, legal, and political, came together and planned this. They thought the matter through, and then they did it.

Maybe this is one of the reasons the Holocaust sears our souls. This was not done by some oppressed people, seeking to redress sins inflicted in the past. Neither was it done by backwoods, uneducated people, so ill-informed about life that they lashed out at any and all who were different. This was done by Germany, arguably the most advanced and best educated nation in the world in that day.

One of the greatest pains of life is when we suffer alone. When we cannot imagine that anyone sees our pain or hears our cries. Many times, when we face horrors like the Holocaust, we feel that no one is out there. But what does the Bible say? When we read God’s word, we find that He hears us. Think of the Poetic books of the Bible, particularly Job, Psalms, and Ecclesiastes. There we find God’s people crying out in anguish over the condition of the world. Think of the many oracles in the Prophetic books, as the Prophets lament to God that their people are both corrupt and oppressed, asking Him if He hears them. By placing our complaints and accusations in His Holy Word, God affirms our pain and reminds us that He hears us.

Another great pain is when people offer token support, saying, “You poor dear,” but offering nothing in the way of substantial aid. Again, what does the Bible say? God not only heard our cries, but He did and continues to do something about it. While we today do not often think of it in this way, we should never underestimate the comforting power of knowing of God’s wrath and the reality of Hell. The Bible promises that He will pour out His judgment on the very evil that we accuse Him of ignoring. He saw the sin of the pre-Flood world, and sent His cleansing judgment in reply. He heard cries of His people in Egypt, and He sent His plagues to drive Pharaoh into submission. Those who perpetrated the atrocities of the Holocaust, even the ones who seemed to have escaped the war crimes tribunals, will not escape the judgement seat of the Lord.

If we stopped here, we’d be left with justice alone. In light of the Holocaust, justice alone is not to be sniffed at, but justice alone is not Christianity. It’s not that Christianity is anything less than justice, but Christianity proclaims both that justice is done and that even the most guilty can go free in grace. It is wonderful that God hears us in our pain, and it is heartening that He has vowed His vengeance on those who desecrate His image bearers. But the glory of Christianity is that the most powerful, heartrending example of the death of the innocent came on behalf of the guilty. God, in His Justice, poured out the wrath for guilty humanity on His innocent Son, Jesus Christ.

Where was God? He was there. God did not stand apart from the pain of humanity but became human and took our pain upon Himself. He heard the cries from the horrors which His image bearers were inflicting upon one another, He enacted justice on the guilty sons of Adam and daughters of Eve, and He afflicted His only Begotten with the judgment which I deserved.

Where was God? Look to the cross.