Hope, “HopePunk," and the Gospel - Breakpoint
What makes the Church essential? Click here to learn more.
Skip to content 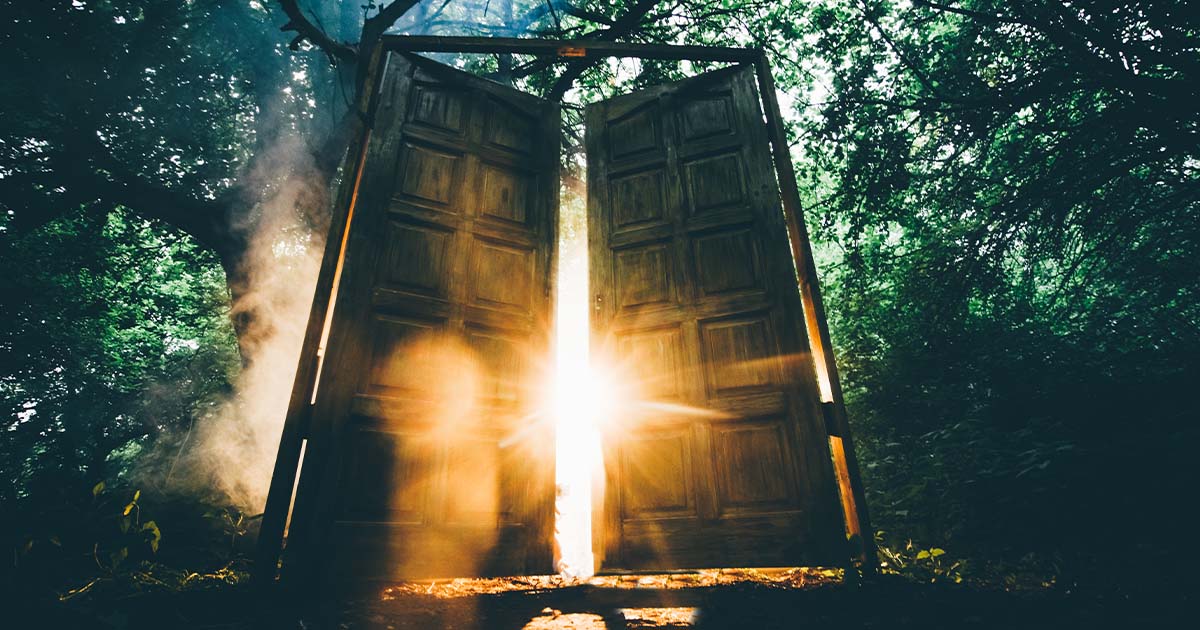 
Hope, “HopePunk,” and the Gospel

There’s a new genre of literature that most people have never heard of: “hopepunk.”

Coined in 2017 by fantasy author Alexandra Rowland, “hopepunk” was a reaction to a different kind of writing dominating the market that year, a genre that Rowland and others refer to as “grimdark.” Grimdark emphasizes the cruelty that so often defines human interaction. Think, for example, of HBO’s hit series Game of Thrones, a show which hit its highwater mark in 2017 and which capitalized on a trifecta of gore, nudity, and nihilism. AMC’s The Walking Dead  and the more recent Netflix global hit Squid Game are also examples of shows that attempt to portray the very worst of human nature as graphically as possible.

In contrast, “Hopepunk,” wrote Rowland in a line that captured the attention of the internet, “is the opposite of Grimdark.” And then she added, “Pass it on.”

And they did. After that post went viral, she elaborated further: “Hopepunk says that genuinely and sincerely caring about something, anything, requires bravery and strength. It’s about demanding a better, kinder world, and truly believing that we can get there if we care about each other as hard as we possibly can.”

Since she invented the label, bloggers have retroactively applied it to works like Terry Pratchett’s Discworld series and J.R.R. Tolkien’s The Lord of the Rings. In a sense, the term applies to works that attempt to answer a vital existential question of the human condition: Is there really any hope? This question is especially relevant in a culture experiencing record levels of depression and purposelessness.

One source for ascertaining just how hopeful a culture is are its stories. Consider the Greek myth of Pandora’s Box, penned by Hesiod in 700 B.C. In it, the gods place all of the world’s evils in a box and give them to Pandora, the first woman. When she cracks the lid, they escape into the world and the jar is emptied, except for one thing: hope, which is captured before it can escape.

The story raises a haunting question: Was the hope left in Pandora’s box a good, or an evil? Is hope legitimate, or is it merely a trick of the gods designed to induce more suffering?

The Stoics believed that hope was foolish. Anticipating future joy leaves humanity vulnerable to all kinds of disappointment and miscalculation.  As Seneca wrote, quoting his friend Hecato, “Cease to hope and you will cease to fear.”

This kind of hopelessness makes sense in a worldview where neither nature nor the gods are particularly benevolent. All that remains for humanity is hedonism, the ancient ideal of a heroic death, or a joyless, gritty stoicism.

Within a secular worldview, the challenge remains. How can there be any real hope if there is no God, or any basis for ultimate things such as purpose, right, wrong, good, evil, reward, or justice? Indeed, if we do live in such a world where, as Bertrand Russell famously put it,

“…Man is the product of causes which had no prevision of the end they were achieving; that his origin, his growth, his hopes and fears, his loves and his beliefs, are but the outcome of accidental collocations of atoms; that no fire, no heroism, no intensity of thought and feeling, can preserve an individual life beyond the grave; that all the labours of the ages, all the devotion, all the inspiration, all the noonday brightness of human genius, are destined to extinction in the vast death of the solar system, and that the whole temple of Man’s achievement must inevitably be buried beneath the débris of a universe in ruins…”

If Russell is correct about the world, it’s hard to argue with his conclusion that “only on the firm foundation of unyielding despair, can the soul’s habitation henceforth be safely built.”

Sadly, two years after writing her viral post advocating “hopepunk,” Rowland’s appeal to hope seemed to have slipped into cynicism. “Those are the words of a person cloaked in a story that hasn’t yet been worn threadbare and ragged,” she admits. One gets the sense that although she wants to hope, she just cannot find a reason to hope.

Of course, the stories that originally inspired her to hope are grounded in a much better worldview. Unlike armchair nihilists like George R.R. Martin (whose books were the basis for Game of Thrones), J.R.R. Tolkien actually experienced the brutality of war. In the trenches of World War I, he lost all but one of his childhood friends, even as Western Europe was reduced to a muddy, hellish burial ground. That landscape may have been, in fact, the inspiration for his fictional realm of Mordor.

Yet, even in his grief, Tolkien believed in something deeper, a way things should be. Sam and Frodo stuck to their grueling quest to destroy the ring not from an existentialist “hope in hope itself,” but from a full awareness that good and evil are real, nothing is accidental, and some things are worth fighting for.

Years later, Tolkien would sum up his basis for hope in a poem.

“The heart of Man is not compound of lies,

but draws some wisdom from the only Wise,

and still recalls him. Though now long estranged,

Man is not wholly lost nor wholly changed.

Dis-graced he may be, yet is not dethroned,

and keeps the rags of lordship once he owned.”

In other words, hope stems from what is true, and because of what is true, what is possible. That’s why, ultimately, hope is so powerful. There is life. There is light. There is a way out of chaos into a new day. All that is sad can be made untrue. Indeed, one day it will. Only that level of truth can carry us when the world is darkest and we are weakest.