"If Only": Easter and the Myth of Managing Life - BreakPoint
Skip to content 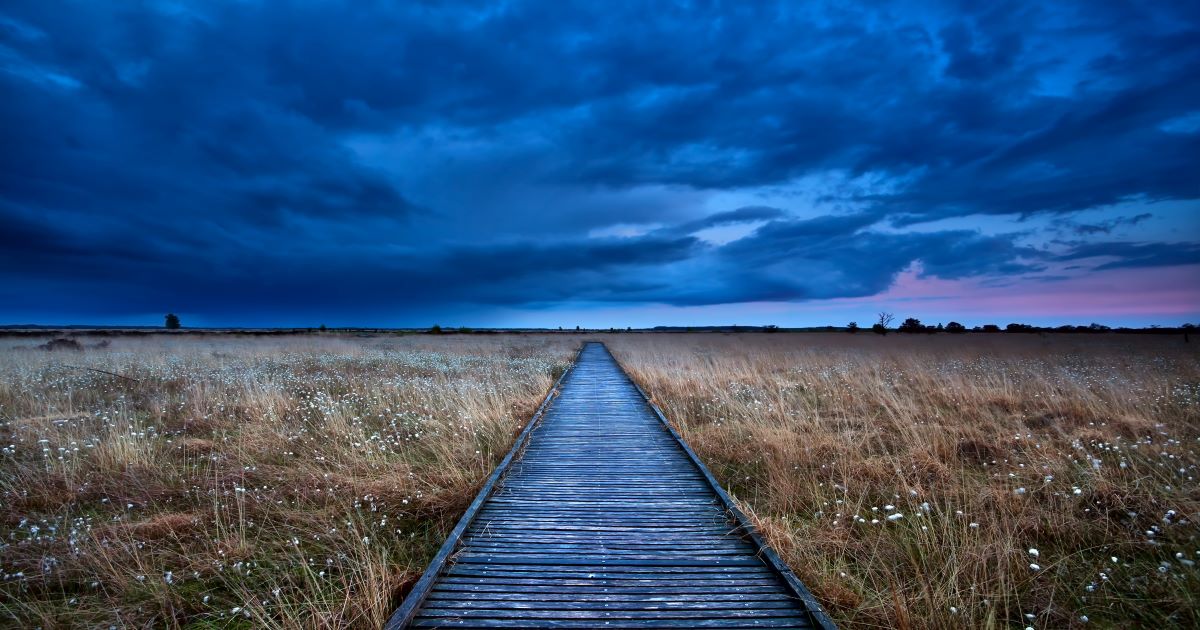 
“If Only”: Easter and the Myth of Managing Life

A little over twenty years ago, a Serbian bridge was felled by a NATO bomb. In and of itself, there’s nothing remarkable about this. That’s the sort of thing that happens in war. What made this one airstrike among many stand out was that this was a railway bridge, and a train came along and tumbled to its own demise.

Seeing this on the news, I noted it to my coworker, who replied in all earnestness, “I wonder who was on that train.” In her mind, the likely or perhaps only explanation for such a tragedy was that somebody was riding the rails that day that “THEY” wanted dead, whoever “they” may have been. The powers that be that govern our world couldn’t have failed to foresee this event, so it must have been planned, right?

Such moments make me wonder how much she knew of governmental and military “efficiency” if she thought the fog of battle was so thin that each and every moment in wartime is under someone’s control. But, it’s not just her. For a lot of us, there is a knee-jerk reaction to dire tidings whereby we assume that such events only occur because of someone’s plan. Perhaps we’re not so conspiratorially minded as that, but there’s a not so little voice whispering in our ears that the troubles we face could’ve been avoided if only those in power had followed the right advice.

When faced with the reality of this fallen world, we long to see its broken bits mended, but it’s simply too terrifying to consider that the fractures run deeper than what can be restored with a relatively simple plan.

Those are powerful words, presumptuous words. They assume that the only thing between us and living our best life now is something entirely do-able, as though the obstacle to personal peace and affluence were nothing more substantial than a slight course correction. This sort of thinking has been on full display in the last few weeks as the coronavirus has risen from our nightmares to become reality.

BreakPoint recently posted a few items highlighting some unintended side-effects of the ongoing “social distancing.” In one, we noted that for many, particularly in the service industry or other low-income vocations, this quasi-quarantine isn’t just unusual; it’s devastating to their ability to provide for their families and futures. In another, we pointed out that this isolation will exacerbate further our culture’s already chronic problem with loneliness. In a third, we warned that this time of cyber-church was necessary, but it carried a danger for our walk with Christ.

Mind you, we didn’t say that social distancing was bad or even that it wasn’t the best plan for the time being. All we said was that there would be a cost to this procedure, unintended consequences regarding the nature of the Church, our social world, and our hope for a more prosperous future. This sort of commentary runs afoul of much of the tenor found in wider discussions of this crisis, and even the concerned opinions of several of our readers.

For some, to call attention to any unwelcome after-effects of “social distancing” is dangerous. It’s to be reckless by disregarding the protocols of government and health-care authorities. Why would we endanger our fellow man by casting doubts into the minds of those at risk from this deadly plague? At the core of this concern is the expectation that life’s problems can be faced without real cost “if only” we follow the right path.

Particularly in times of great distress, there is something drawing us to seek solutions that have no downside, even to “find” them whether or not they actually exist. When faced with the reality of this fallen world, we long to see its broken bits mended, but it’s simply too terrifying to consider that the fractures run deeper than what can be restored with a relatively simple plan.

In this view of the world, we’re not faced with innate or intrinsic problems but only a few bad apples which, if excised from the social order, will yield us our happily ever after. “If only” this is removed or “if only” that plan is followed, then the Garden of Eden may be restored, all without the fuss of a Second Coming.

There is within us a sort of memory of what once was before Eden’s Fall. We look out at the world as it is and we know, we just know, that something isn’t right. It’s not supposed to look like this. When we see centenarian survivors of the Spanish Flu dying today because of what we once scoffed at as an overgrown cough or children who should’ve been, but weren’t safe in their protectors’ care, we want something done.

It’s good and right that we long to see justice and health restored to our broken world. In fact, to be numb to the pains around, and within us, would be a double tragedy. But, in our zeal to make things right, we’re too quick to assign a limited solution to an endemic problem. “If only” our guy was in power. “If only” we ate just raw vegetables. “If only” more money was made available. Then all would be well. We want there to be a cure-all for all of our ills, but we want the solution to be within easy reach.

It’s these expectations of a simplistic Shalom that are the fanciful myths with no future, and it’s the all-too-real effects of the true Eden that bind our hopes even today. What each of these disparate proposals holds at their core, whether for the coronavirus or other more mundane crises, is the presumption that life is fully manageable. We accept that there are problems to be faced but we assume that these problems can be surmounted with relative ease. It may take an expert, it may take self-sacrifice, but the trials and tribulations that oppress the human condition can be met and overcome given sufficient effort and care.

In this view of the world, we’re not faced with innate or intrinsic problems but only a few bad apples which, if excised from the social order, will yield us our happily ever after. “If only” this is removed or “if only” that plan is followed, then the Garden of Eden may be restored, all without the fuss of a Second Coming.

We are reminded this week the great cost it took and takes to redeem Adam’s failure. Yes, we can and should always strive to make this world a better place through our natural abilities, but these abilities are no longer quite natural, are they? Since Eden, the best we can offer will always be tainted by the corruption of our sin. We can take hope that an even greater Easter is coming, but the depth of Good Friday shatters any illusion we may have of a human solution for what ails us.