Is Critical Theory Compatible with Christianity? - Breakpoint
Give today to learn what it means to be a thoughtful Christian!
Skip to content 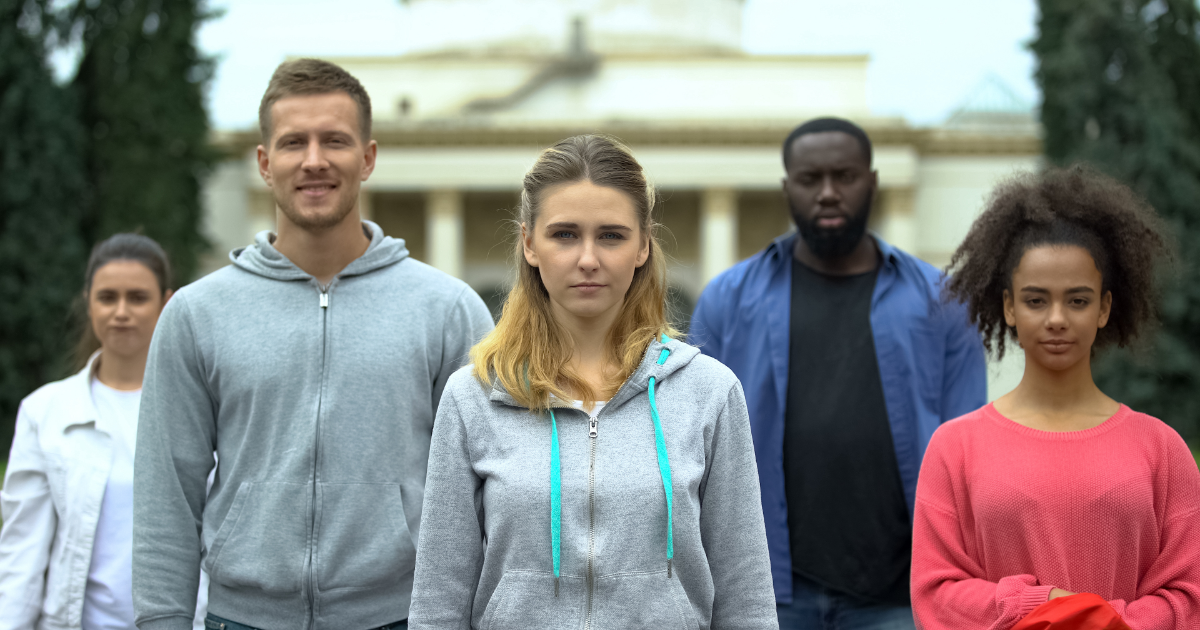 
Is Critical Theory Compatible with Christianity?

If you haven’t heard the terms “intersectionality” and “critical theory,” your children likely have, at least if they are in college or even high school. What began as an academic theory decades ago is now a dominant way of seeing human relationships, at least for many: There are the oppressed, and there are the oppressors.

In our latest “What Would You Say?” video, Joseph Backholm describes how critical theory reduces human beings to categories according to race, gender, sexual preference and orientation, income, and on and on. Because some groups of people are more privileged than others, identifying one’s group ultimately determines one’s moral authority. Intersectionality, as Joseph explains, is an attempt to solve the problem of belonging to more than one group by measuring out the level of oppression a person experiences due to their various identities.

Ultimately, critical theory seeks to address these perceived privileges and imbalances of power and oppression, and it has become a dominant theory in higher education and in other arenas of culture.

So how should a Christian look at the critical theory and intersectionality? Are these concepts compatible with Christianity?

Here’s part of Joseph Backholm’s response from the latest “What Would You Say?” video:

Critical theory and intersectionality are not consistent with Christianity, and here are three reasons why.

While critical theory pits some groups of people against other groups based on their status as oppressors or oppressed, the Bible says we are all equal before God: created equal, equally valuable, equally guilty of sin, equally deserving of punishment, and equally able to find grace and mercy in Jesus.

Which leads to the second point.

Critical theory offers a different view of sin than Christianity

The Bible identifies sin as anything that violates God’s design for people, including unjust oppression of other people, but critical theory identifies sin only as oppression. As a result, advocates of critical theory would see biblical practices such as discipleship, correction, leadership, and reproof as sinful assertions of power, if the speaker is among the oppressors, and would excuse sins such as anger, jealousy, hatred, bitterness, unforgiveness, or envy among the oppressed.

The Bible says that we are all guilty before God, regardless of social status, race, or economic situation. The Bible condemns oppression as one of but certainly not the only way in which humans rebel against God.

Because critical theory gets the problem wrong, it also gets the solution wrong, which leads to the third point.

Critical theory offers a different view of salvation than Christianity.

According to the Bible, because we are all equally guilty of sin, salvation can only be found in Jesus through repentance. Our hope is found in being forgiven of sin.

Because critical theory teaches that oppressors are guilty and the oppressed are not, salvation for the oppressed is found, not through repentance, but in social liberation here and now. Their hope is only though activism.

In other words, critical theory has a completely different understanding of who we are, what the problem is, and how to fix it, than Christianity.

Come to WhatWouldYouSay.org for the full video or subscribe to the What Would You Say? channel on YouTube.

Critical Theory is Biblical: What Would You Say?

What Is Critical Theory, and What’s Behind It?

Beyond Social Justice: Living Out our Christian Worldview in Faithfulness and Truth.