Is There Still a Place for Boys? - BreakPoint
Skip to content 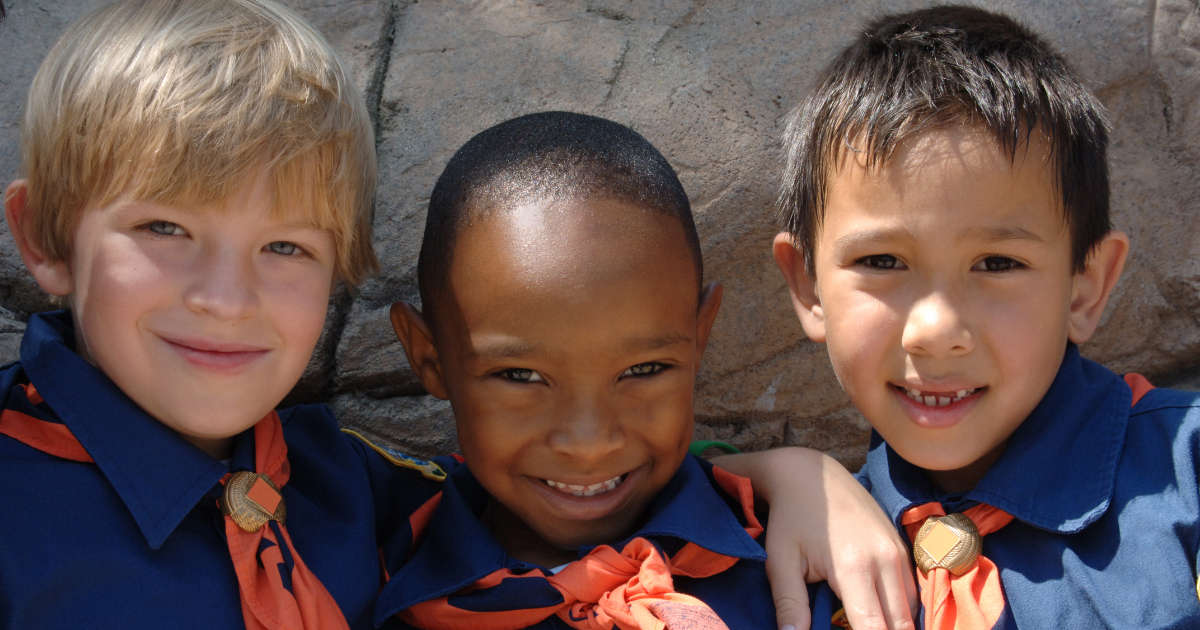 
Is There Still a Place for Boys?

Parenting Young Men After the Scouts

February 8th marks the anniversary of the founding of the Boy Scouts, one of America’s most beloved youth organizations. For over a century, presidents, CEOs, astronauts, and athletes have begun their journeys as Scouts. But on this anniversary, the future of this storied organization is far from certain.

The Wall Street Journal reports that since 2008, the Scouts have lost nearly a million members and now face lawsuits over the sexual abuse of children and cover-ups that also go back decades.

With the Mormon church announcing in November that it plans to pull nearly half a million additional members out of the Boy Scouts, bankruptcy or even the end of the organization seems somewhat likely.

Those of us who have watched this sad story unfold can’t help but notice that the Scouts’ quickening decline coincides with the group’s decision to betray its founding values. In 2013, the Scouts began accepting openly gay members and then leaders. Shortly afterward, they opened their ranks to transgender members, and then—despite the organization’s name—to girls.

Families who might have turned to scouting to guide their young men into adulthood are left wondering: What do the Boy Scouts really have to offer? As one dad who grew up in Scouting told WORLD magazine, “I realized it wasn’t the same organization…”

The loss of the Scouts is just another blow in a culture already failing young men. So-called “deaths from despair”—drug overdoses, alcoholism, and suicides—are at a historic high, and young men have been the hardest hit.

TIME magazine reports that as of 2017, the male suicide rate was three times higher than the female rate, and youth suicides are at their highest point in 20 years. Many of these are attributable to loneliness and a sense of alienation. More and more, young men, especially, feel that they don’t belong and aren’t welcome anywhere.

It’s a process that starts early, in subtle ways. More than ever before, schools cater to girls, slashing recess and P.E. time and requiring longer hours sitting at desks. Around 13 percent of boys are now diagnosed with ADHD, and a growing number of them are put on medication like Adderall and Ritalin.

In our misguided, one-size-fits-all understanding of equality, there’s almost nowhere boys can go to be with other boys. And, of course, the epidemic of fatherlessness is at the root of so much of the despair we see around us.

We talk a lot about gender here on BreakPoint—how God’s creation of human beings as male and female is good, beautiful, and life-giving. Often times, we’re responding to stories about the transgender ideology, or same-sex marriage. But the plight of boys, including the fall of the Scouts, hits even closer to home—especially for those of us raising boys.

That task is harder than ever before, but it’s not impossible. Despite the failing institutions around us, alternatives exist for parents committed to raising their sons to be godly young men.

Trail Life USA is an organization formed by ex-Scouting families and they’re dedicated to Christian values. It’s been profiled in WORLD magazine, and has a membership of around 26 thousand nationwide, many of whom describe it as the spiritual successor of the Boy Scouts.

And there are other organizations too, often hosted by churches, like the Royal Rangers, the Royal Ambassadors, and the Troops of St. George. Many congregations also host custom-made programs tailored to connect boys with their dads, or boys without fathers to men who can mentor them.

As sad as the Boy Scouts’ decline is, parents of sons do have other options.

And by God’s grace, churches and parents who believe what the founders of the Scouts believed: that boys are real, that they have a unique and God-given calling that should be cultivated, will continue to offer these alternatives. After all, if the Church doesn’t, who will?

Boy Scouts Meet at a Time of Crisis

An alternative to Boy Scouts