Justice Breyer Retires, Holocaust Remembrance, and Jordan Peterson on the Bible - Breakpoint
Give today to learn what it means to be a thoughtful Christian!
Skip to content 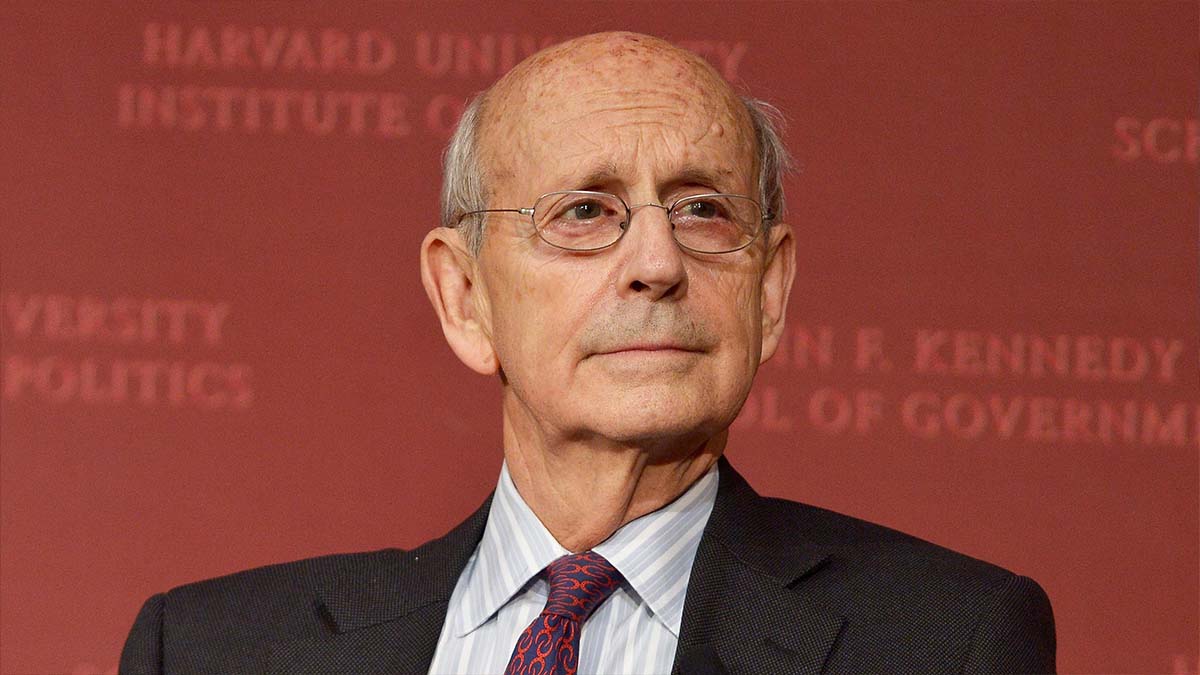 Maria asks John to revisit a few commentaries from the week, specifically our piece recognizing Holocaust Remembrance Day as well as one on a new report about how Christians pass on the faith to younger believers.

Then John explains the significance of Supreme Court Justice Stephen Breyer’s retirement and what his stepping down may do to the court. He also explains how President Biden will likely respond, based on campaign promises.

To close, Maria asks John about a recent comment from Jordan Peterson after the author made a startlingly insightful observation about the Bible. John shares why this comment is important and why Jordan Peterson is not just a person “to watch,” but he’s also someone we should recognize and care about.

Jordan Peterson
Museum of the Bible
Supreme Court
The Bible

Christians, in fact, should always be quick to counter any hatred or desecration poured out on any of our fellow image bearers, including those through whom God revealed His Word and brought His Son into His world. Having met on the 80th anniversary of Wanassee Conference, the European Coalition for Israel, issued a Declaration entitled: “Fight Antisemitism, Protect Jewish Life.” It’s worth a read, especially at a time when so much of the world seems at risk of forgetting.

Passing On the Faith: Good News and Bad News

“Human beings look separate because you see them walking about separately,” wrote C.S. Lewis in Mere Christianity. But, “if you could see humanity spread out in time, as God sees it, it would look like one single growing thing-rather like a very complicated tree. Every individual would appear connected with every other.”

Any political vision that treats marriage and family as optional or fungible, even if it goes by the label “conservative,” is destined to fail. This isn’t a matter of updating our definitions. If we lose our belief in marriage and the family as the foundation of a healthy and flourishing society, there will soon be very little left for “conservatives” to conserve.

Stephen Breyer, pragmatic liberal, will retire at end of term

As a justice, Breyer’s demeanor and questions during oral arguments often conjured up comparisons to an absent-minded professor. One legendary hypothetical, in 2003, posited that a sign barring “all animals” from a park would not include a “pet oyster.” A year later, in a case involving federal efforts to ban medical marijuana, Breyer raised the specter of “tomato children that will eventually affect Boston.”

But if Breyer – who majored in philosophy as an undergraduate at Stanford University – sometimes came across as an academic on the bench, he was at the same time both a member of the court’s liberal wing and, as his former law clerk Kevin Russell told USA Today, “unapologetically pragmatic in thinking that it’s the court’s job to help make government work for real people.”

How Biden will choose the next Supreme Court nominee

With today’s reporting that Justice Stephen Breyer intends to retire, we now kick off our analysis of potential nominees to replace him. President Joe Biden previously promised to nominate a Black woman, and we assume he will keep that commitment. Two potential nominees therefore stand apart from all others: Leondra Kruger, a justice on the California Supreme Court, and Ketanji Brown Jackson, a judge on the U.S. Court of Appeals for the District of Columbia Circuit.

Both are well known to the White House team that will lead the nomination process. Kruger is a former Department of Justice attorney. Biden recently appointed Jackson to the court of appeals.

Jordan Peterson’s Realization About the Bible

So now, imagine you have an aggregation of texts in civilization, and you say, “which are the fundamental texts?” and the answer is the texts upon which most other texts depend. So, you put Shakespeare’s way in there because so many texts are dependent on Shakespeare’s literary revelations. Milton would be in that category, and Dante would be in that category – at least in translation. (They’re) fundamental authors, part of the western canon, not because of the arbitrary dictates of power, but because those texts influenced more other texts.

Then, you think about that as a hierarchy, with the Bible at its base, which is certainly the case. Imagine that’s the entire corpus of linguistic production, all things considered. Now, how do you understand that? Literally, how do you understand that? You sample that by reading and listening to stories and hearing how people talk. You sample that whole domain and you build a low-resolution reputation of that inside you and then you listen and see through that.

Too Prevalent to Track
Maria Baer | The World and Everything in It | January 27, 2022