Justice Roberts Cites Precedent to Uphold Evil of Abortion - Breakpoint
How can we respond to those around us with truth and love? Give today to receive this month's featured resource.
Skip to content 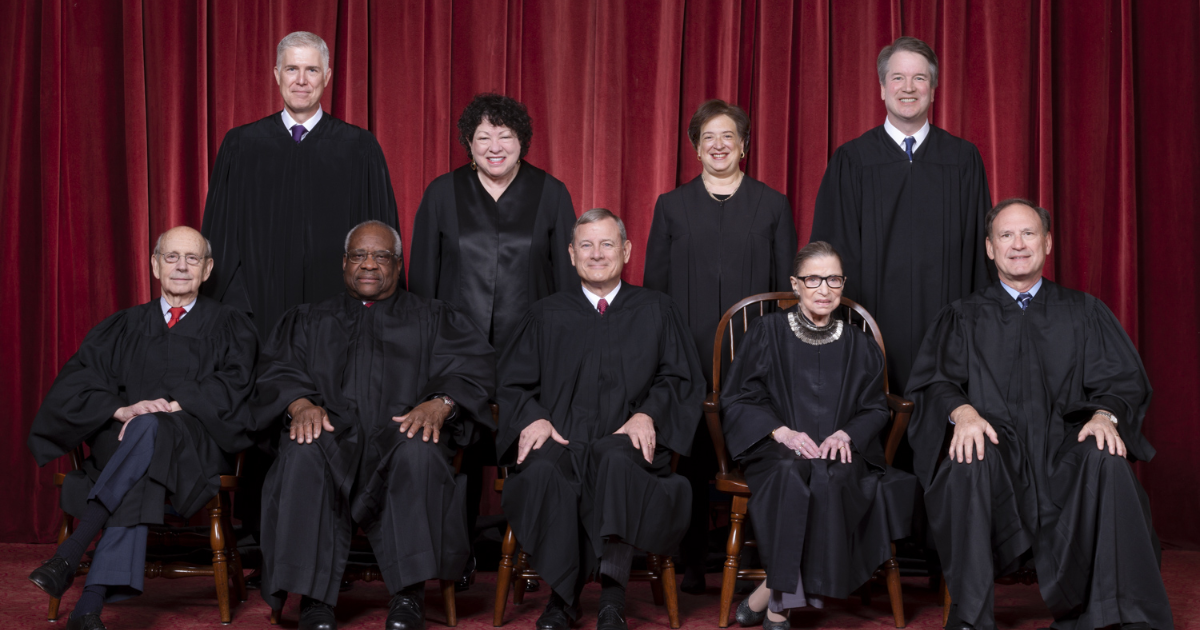 Yesterday, in a 5-4 decision, the Supreme Court struck down a Louisiana law that would have required abortion doctors to have admitting privileges at a nearby hospital. Not only did Chief Justice John Roberts side with the more liberal justices again, he also gave pro-lifers reasons to doubt Roe would ever be overturned during his tenure.

According to media outlets and the court majority, this case, June Medical Services v. Russo, was essentially “identical” to a Texas law the Court struck down in 2016. In that case, Whole Women’s Health v. Hellerstedt, the Court ruled that requiring providers to have admitting privileges places an undue burden on women who wanted to access abortion services.

As I argued on BreakPoint back in March, the Louisiana law was similar but not identical. For example, only about 30 percent of women seeking an abortion in Louisiana would have been affected by this law, and requirements for doctors to obtain admitting privileges are less strict in Louisiana than Texas. Because of these differences, a circuit court concluded that abortion providers could more easily comply with this law than the Texas law, and it therefore did not impose an “undue burden” on a woman’s right to an abortion.

The majority, including Chief Justice Roberts, felt otherwise. “The legal doctrine of stare decisis requires us, absent special circumstances, to treat like cases alike,” wrote Roberts. “The Louisiana law imposes a burden on access to abortion just as severe as that imposed by the Texas law, for the same reasons. Therefore, Louisiana’s law cannot stand under our precedents.”

Roberts appeal to stare decisis, “the legal term for fidelity to precedent,” is troubling. In its history, the Court has abandoned precedent and overturned more than 300 of its previous rulings. In the 2018 Janus decision, for instance, Roberts had no problem with the court overturning the 1977 Abood decision, which required non-union members to pay union dues.

In 2016, Roberts dissented from the Whole Women’s Health decision. And yet, on Monday, he proclaimed the decision he believed to be wrong then as untouchable precedent today. Even worse, Roberts gave particular deference to the “undue burden test” from the 1992 decision in Planned Parenthood v. Casey, which is whether or not a particular law or regulation presents any kind of “substantial obstacle to a woman seeking an abortion.” These days, “substantial obstacle” essentially means that nothing can get in the way of, slow down, or discourage an abortion in any way.

Justice Clarence Thomas sharply disagreed, not only with the majority opinion, but specifically with Roberts: “The Constitution does not constrain the States’ ability to regulate or even prohibit abortion. This Court created the right to abortion based on an amorphous, unwritten right to privacy, which it grounded in . . . ‘legal fiction’ . . . the putative right to abortion is a creation that should be undone.”

Despite his objection and the widespread panic of media outlets since Justices Gorsuch and Kavanaugh joined the court, it’s now difficult to see a Roberts-led Court ever overturning Roe.

Ultimately, June Medical Services v. Russo is not about abortion access in Louisiana. It’s about the nearly unique and untouchable status of legal abortion in our country.

Every Constitutional right, even legitimate ones such as the freedom of speech or religion, is subject to limitations. Any restriction on abortion, however, is considered a mortal threat to “women’s rights,” cast as part of a “war on women,” and considered a violation of so-called “settled law.” On Monday, the Chief Justice added the sheen of “fidelity to precedent.”

And so, once again, Christians are left to ending this national evil by directly acting. Any hope that the Court would help us defend the vulnerable unborn was misplaced, but our commitment to defend the vulnerable unborn was not. Our only option is to stay at our posts, to love mothers and fathers and newborns, and to offer the reasons, the compassion, and the support that will, with God’s help, make abortion unthinkable.

The Future of Roe and the Pro-Life Movement

The Future of Abortion?