Kids Deserve Good Books, Too - Breakpoint
Give today to learn what it means to be a thoughtful Christian!
Skip to content 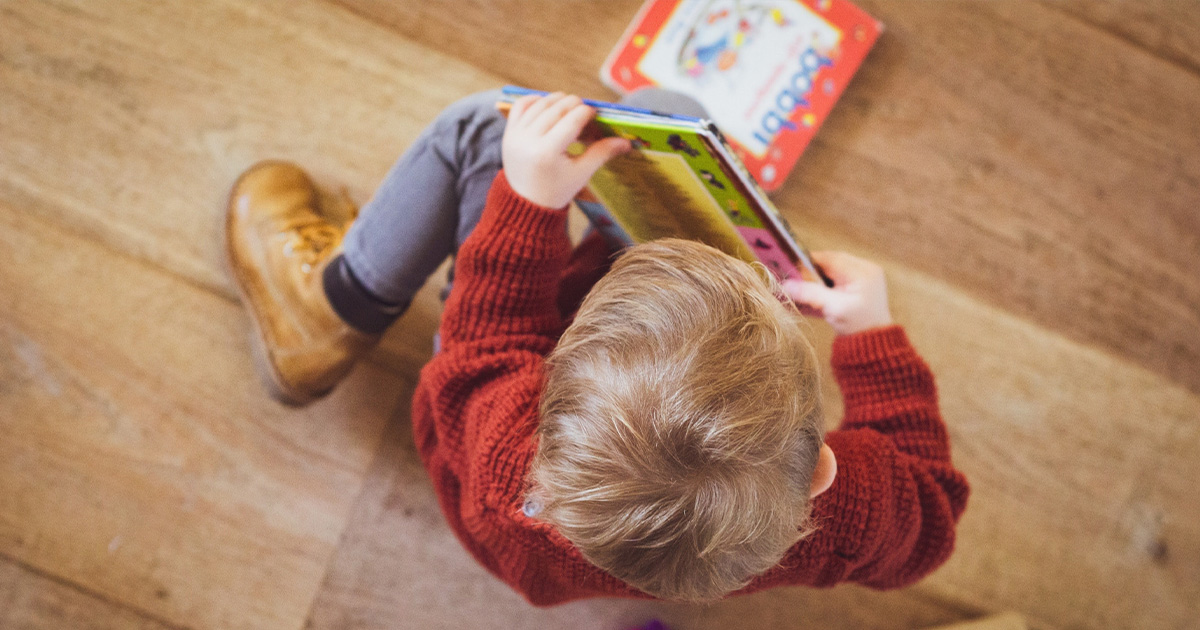 A few years ago, a kids’ book was published titled A is for Activist. On the book jacket is a tiny fist, raised, apparently, in solidarity. A quick stroll through any metropolitan library children’s section will find more books like this one. There’s Antiracist Baby by Ibram X. Kendi, The Hips on the Drag Queen Go Swish, Swish, Swish and, of course, Heather Has Two Mommies. There’s Let the Children March and Woke Baby. There’s even complete series, such as the “Little Feminists” and the “Citizen Baby” series, which include the titles Citizen Baby: My Vote and Citizen Baby: My Supreme Court.

Chuck Colson advocated for classical education because of its understanding of and respect for the natural development of kids. Postmodern thinking in education was disrupting what he called the “order of learning” instead of recognizing that the right foundations, known as “grammar” and “rhetoric” in a classical vision, must first be established before children can move on to, for example, making coherent political arguments. Today, however, we’ve got it exactly backwards. Instead of teaching third graders their multiplication tables, we’re teaching them to “express themselves.” Instead of teaching high schoolers logic, we encourage them to share their opinion on every subject, as long as it aligns with our opinion, and that anyone who challenges them is a “threat.”

This approach is, in part, a downstream effect of postmodernism. If there’s no absolute Truth, then anyone who believes they know something fixed about the world shouldn’t be trusted. It’s also a downstream effect of the sexual revolution, which prioritizes the needs and desires of adults over the needs, desires, and the design of kids.

A is for Activist isn’t really written for children. It’s written for the adults that will buy it. Adults that buy it aren’t really buying it for their children. They’re buying it in order to be the kind of person who buys a book titled A is for Activist. The voting booth to dinosaur ratio in kids’ books today is way off. Too many kids’ books are being written by adults talking to other adults.

This is an amazing opportunity for Christian creatives. However, there are plenty of bad “Christian” books for kids, too. Slapping a pastel-colored Noah’s Ark on a book cover or a Bible verse on every page does not good literature make.

“What we want is not more little books about Christianity, but more little books by Christians on other subjects—with their Christianity latent. You can see this most easily if you look at it the other way around. Our faith is not very likely to be shaken by any book on Hinduism. But if whenever we read an elementary book on Geology, Botany, Politics, or Astronomy, we found that its implications were Hindu, that would shake us. It is not the books written in direct defense of Materialism that make the modern man a materialist; it is the materialistic assumptions in all the other books. In the same way, it is not books on Christianity that will really trouble him. But he would be troubled if, whenever he wanted a cheap popular introduction to some science, the best work on the market was always by a Christian.”

Jesus explicitly respected children as full human beings, with their own dignity and value. Kids should not be used as political pawns. They ought not be asked to shoulder the burden of advocating for our modern innovations, like proclaiming that Heather’s “two mommies” replace a mom and a dad or that their bodies may be wrong or that they may be racist because of the color of their skin. They especially shouldn’t be asked before they’ve learned the alphabet.

Thankfully, a growing number of good books for kids is on offer. The Good Book Company produces a series of incredibly well-made picture books called “Tales that Tell the Truth.” NavPress publishes a series called “God’s Design for Sex,” with a different book for each age that carefully and slowly teaches kids about their bodies. And there are fantastic children’s authors whose books are not explicitly “Christian” but who tell good, true, and beautiful stories for kids in their own language.

After all, if kids are full members of God’s kingdom, they, too, deserve good books.