Marriage is a Real Thing - Breakpoint
Give today to learn what it means to be a thoughtful Christian!
Skip to content 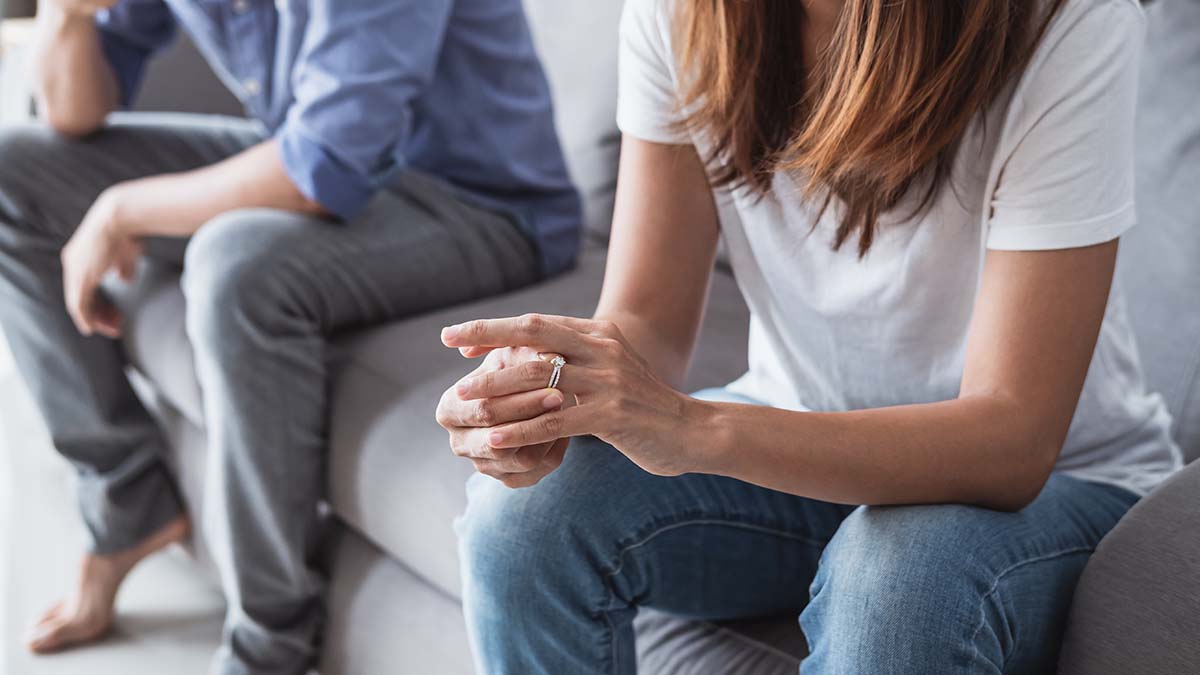 
Marriage is a Real Thing

Several years ago, Cheryl Strayed solo hiked the Pacific Crest Trail from Southern California into Washington State. In her memoir, Strayed described the trek as a search for self-fulfillment after several family tragedies, including her own divorce. In 2014, Strayed’s story was made into a movie.

Back in 2010, Julia Roberts starred in Eat Pray Love, a movie adaptation of another memoir about a post-divorce self-fulfillment trip, this one across Europe. Last year, The New York Times published the essay “Divorce Can Be an Act of Radical Self-Love,” and last month, The Atlantic published a nearly identical piece claiming divorce was an exercise of “self-improvement.” Everything was fine at home, admitted the author, but she just wanted “something else.”

Though it may not qualify as a trend just yet, a surprising number of Christian social media influencers, writers, and even pastors have announced their own divorces using similar language. They describe the end of their marriages as a positive step in their own self-discovery, as a matter of self-expression or, even, as just another normal part of life. Last month, one pastor tweeted that his divorce was “the next best chapter in the evolution of our love.”

Of course, each marriage story is unique, and in a fallen world, marriages end for all kinds of reasons. However, the recent volume of stories that are publicly framed in similar ways with similar reasoning is worth noting. It seems we are struggling to do marriage well these days, and we’ve lost sight of what marriage actually is.

Announcing divorce on social media is odd in and of itself, but so many of these testimonies claim that, despite the pain and disruption of divorce, it is the right decision for them. It’s not unusual for someone to refer to the decision to leave a marriage as “brave,” even if there was no infidelity or abuse. In light of the Bible’s description of marriage as permanent and the dramatic harm that divorce inflicts on children, there’s clearly a way of thinking about marriage at work here.

In many of these stories, a sense of dissatisfaction, the pressure of family responsibilities, or even just boredom constitutes a marital crisis. What marriage actually is and is for is irrelevant to the reasoning. Rather, marriage is made to accommodate self-expression. The highest good is found in minimizing personal pain and maximizing personal pleasure. Therefore, we must be true to ourselves over and above anything else.

The sense that discontentment or anxiety is an emergency is both radically new and exclusively Western. Dr. Carl Trueman, in his book The Rise and Triumph of the Modern Self, sees this as a symptom of the modern philosophy of expressive individualism.

This way of thinking imagines something previously considered fixed, like marriage, as a speed limit instead of gravity. A speed limit is a social construct, something relatively arbitrary, invented as a means to order our lives together. If something changes, such as an improvement in braking technology or additional houses built in the neighborhood, a speed limit can be altered with relatively minor effort.

Gravity, however, is not a social construct. It’s built into the fabric of reality. It cannot be changed or altered. A speed limit might be broken without consequence (as long as you don’t get caught), but gravity won’t be.

In so many ways, from “no-fault divorce” to the trope of the “brave” divorce to calling same-sex relationships “marriage,” we treat marriage like a speed limit. But it’s not. Marriage is like gravity. A society constantly reimagining marriage in law will catechize its citizens to do the same. Up becomes down. Leaving becomes brave. What I want becomes right, even if it’s not.

In The New York Times article mentioned earlier, the writer admits to leaving her husband and kids to focus her time on her career as a public defender. Because that’s what she wants to do and likes the most, she theorizes she’ll do more good in that role than by staying in her marriage. The logic breaks down. People suspected of crimes need good public defenders. Children who grow up in broken homes are vastly more likely to commit crimes than kids with married moms and dads. We may not like that it is this way, but gravity is still gravity. Marriage is still marriage, even if we want it to be different.

Marriage is a real thing. God created it to last, by love and in mutual submission, until death. God created it to protect children and the good of the world. Christians should define and approach marriage as the Maker of marriage intended it to be, not as a speed limit that changes from one cultural moment to the next.