Most Men Don’t Have Real Friends (But Need Them) - Breakpoint
Give today to learn what it means to be a thoughtful Christian!
Skip to content 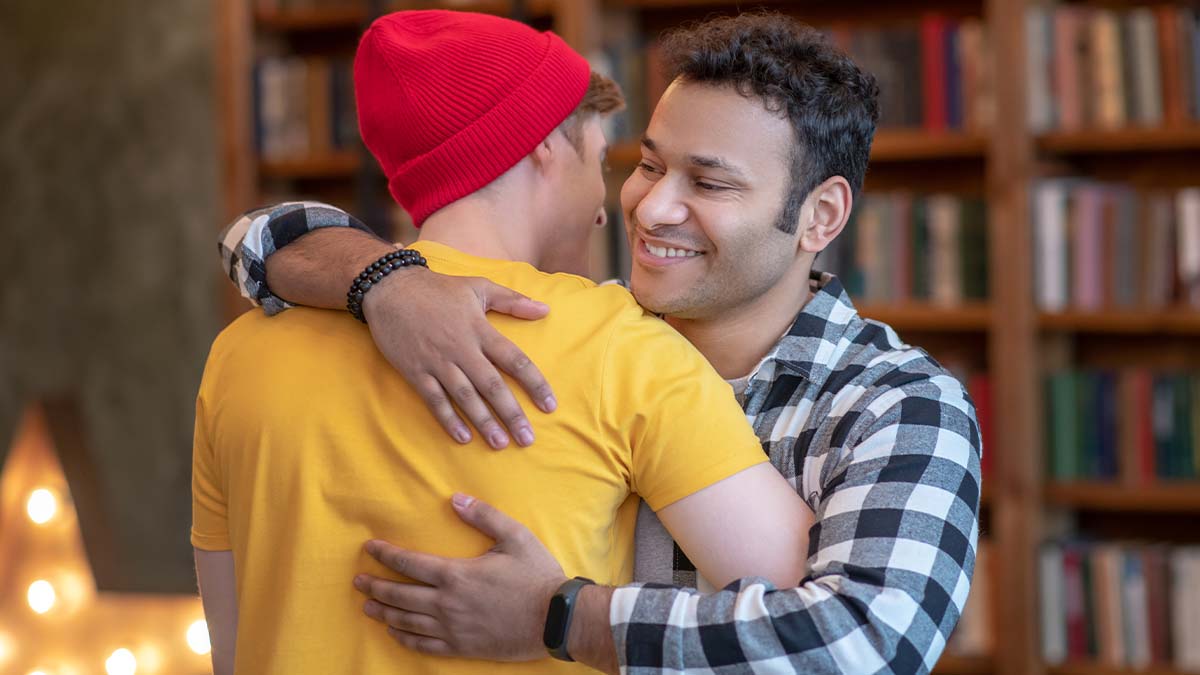 
Most Men Don’t Have Real Friends (But Need Them)

In his article “A Photo History of Male Affection,” Brett McKay catalogs the dramatic ways male friendship has changed over time. One hundred years ago, men were far more comfortable showing each other everyday physical affection: draping arms over shoulders, sitting close to each other, even holding hands.

To modern eyes, McKay’s examples look, well, odd. It seems impossible for us not to see some kind of homosexual subtext to these photos. But challenging that assumption is precisely why McKay wrote this article in the first place. “[You] cannot view these photographs through the prism of our modern culture and current conception of homosexuality,” he writes. “What you see in the photographs was common, not rare; the photos are not about sexuality, but intimacy.”

In other words, as crazy as it sounds, we’re the weird ones. The typical ways men have shown each other affection for all of human history are so foreign to us that, when we see them, we don’t recognize them.

That’s the exact phenomenon C.S. Lewis wrote about in The Four Loves, when he said that “those who cannot conceive friendship as a substantive love but only as a disguise or elaboration of Eros betray the fact that they have never had a friend.” [emphasis added]

Lewis was right in more ways than he knew.

Americans are lonely. According to research from Harvard Graduate School of Education, 36% of Americans report feeling “serious loneliness,” as do an incredible 61% of young adults. According to a Cigna health survey, nearly 54% of American adults agree with the statement, “nobody knows me well.” Isolated and glued to our screens, it’s a crisis that’s only getting worse.

The most significant decline in friendship is among men. According to a May 2021 poll, the percentage of men who say they have “no close friends” has quintupled since 1990, affecting nearly one out of every six American males.

There are obvious reasons why ours is a lonely culture, and most of them predate the global pandemic: a high rate of geographical mobility, time spent traveling for work, and time on screens all play significant roles.

And increasingly, pornography is contributing to the sexualization of men, in a widening trend across culture. As the visual matrix of our collective brains are trained to see both men and women as sexual objects, what will the impact on male friendship be? Like McKay observes, the increase in – and corresponding fears of – homosexuality are exactly what led to the cooling effect in male friendship in the first place.

One NYU researcher put it this way: “Children have remarkable social and emotional skills — to listen to each other, to read each other’s emotions, empathy, all sorts of lovely things.” But when they hit adolescence, “[You get the] ‘No homo’ [response], as if I’ve been asking a question about their sexuality rather than about their friendships.”

The tragic irony is that, these days, we are asking, or more accurately forcing questions about their sexuality. We tell girls who like to climb trees that they’re actually boys. We tell boys who share emotions with their friends that they might be gay. Caught between what they are told is sexual behavior toward other men, and the type of cold, isolated masculinity demonstrated for them everywhere else, it’s no wonder so many boys grow into lonely men.

In the 1993 film Tombstone, Doc Holliday is asked why he’s going to such lengths to bring a band of outlaws to justice. “Because Wyatt Earp is my friend,” he says, referring to the legendary gunslinger. “I got lots of friends,” comes the reply. Doc pauses for a second, then says simply, “I don’t.”

Male friendship has always been a precious thing. It’s worth fighting for. The first and best way to do this is to teach young boys what it means to be a friend. Sharing emotions and normal physical affection are not inherently sexual acts. But on a societal level, restoring friendship to its proper palace means keeping sexuality in its proper place.

If we don’t, it will keep ruining the relationships men – and all people – need the most.