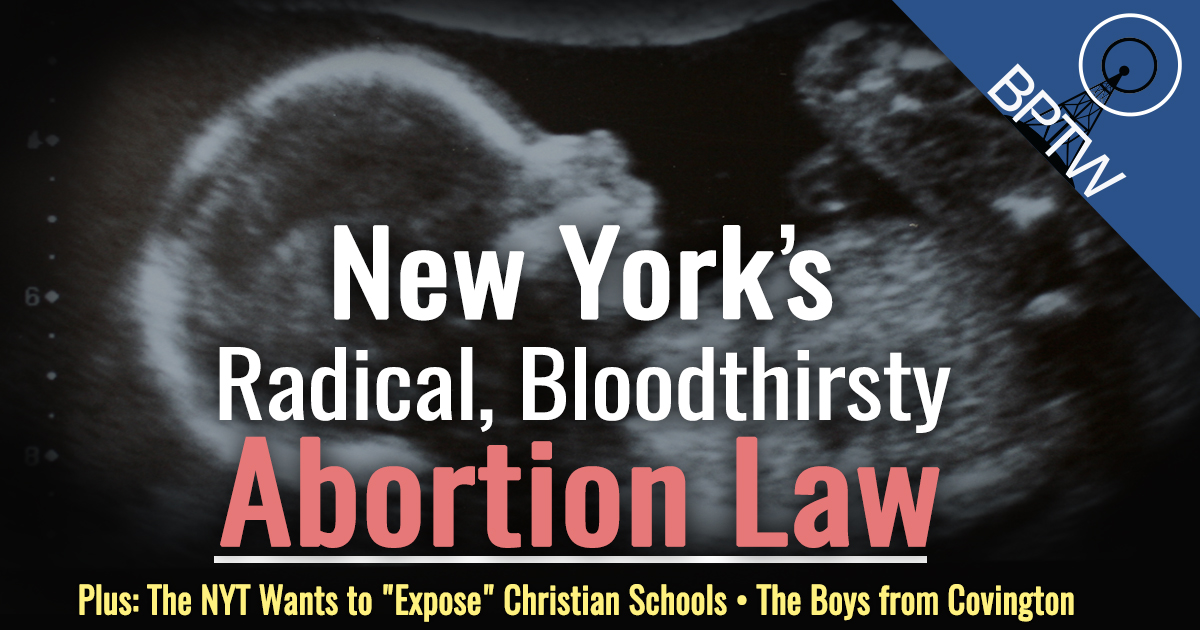 Plus: The NYT Wants to “Expose” Christian Schools; the Boys from Covington

John Stonestreet and Warren Cole Smith discuss the maudlin celebration by the governor of New York and New York legislators over the passage of that state’s “Reproductive Health Act,” which makes abortion legal for any reason right up until birth–and how even if, God willing, Roe v. Wade is overturned, the battle for life continues, especially in the states.

They also discuss the New York Times’s efforts to “expose” Christian schools in the wake of controversy over Second Lady Karen Pence teaching at a Christian school that–surprise–holds to Christian morality.

Finally, they look at the nation’s collective knee-jerk outrage over the events surrounding the boys from Covington Catholic High School at the March for Life.

What the Pro-Abortion Movement Truly Wants