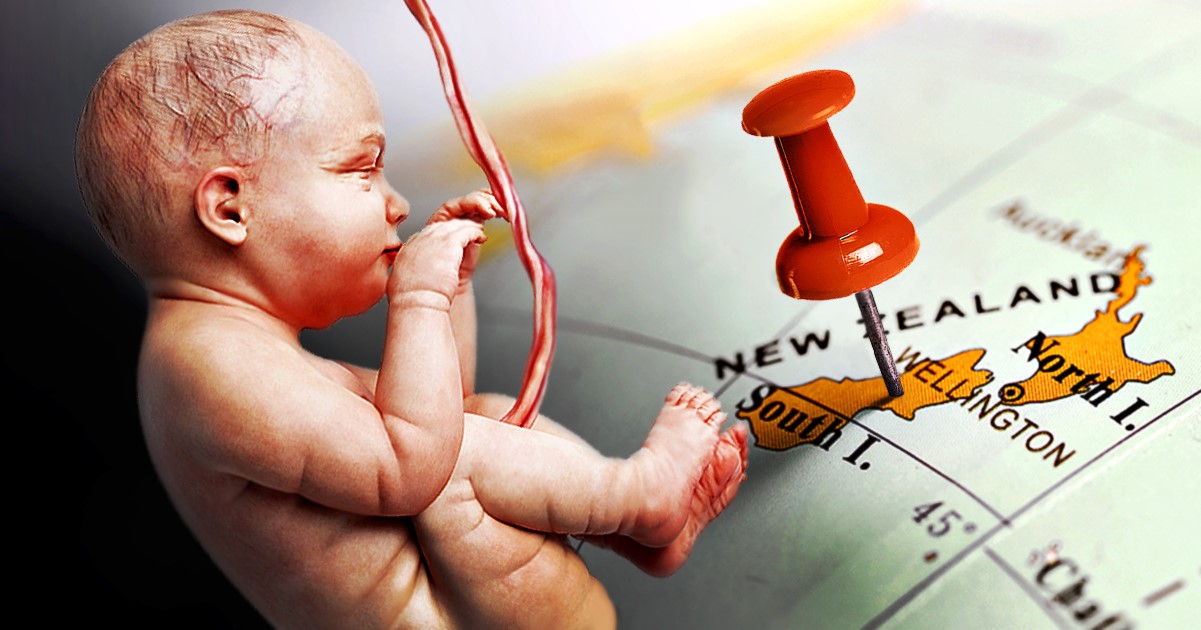 A Low Point or a Turning Point?

You’d think that a global pandemic that’s killed hundreds of thousands would at least temper the advance of legal killing. It hasn’t.

While headlines worldwide were praising New Zealand’s prime minister for her handling of COVID-19, she was working to pass what might be described as the most extreme abortion laws on the planet.

In late March, New Zealand’s parliament voted, in the words of the New York Times, to “loosen” the nation’s abortion laws, particularly in the latter half of pregnancy when babies become viable outside of the womb. “Loosen” may be the understatement of the decade.

New Zealand’s “loosened” laws now allow abortion on-demand, up to the moment of birth, for essentially any reason. That means sex-selective and disability-selective abortions, including for conditions like cleft lip and Down syndrome. The “loosening” happened despite the protests of over 1,200 New Zealanders with Down syndrome and their families, who called on Prime Minister Jacinda Ardern to keep her campaign promise not to allow this kind of deadly discrimination.

Even more horrific still, New Zealand’s new law includes no requirement that babies born alive after botched abortions be given medical support. This was no accident. Prime Minister Ardern was herself among the loudest voices resisting any attempt to add protections for babies born alive.

According to the New York Times article, “public opinion surveys show that most New Zealanders” favored liberalizing their country’s abortion laws. However, independent polling shows that the vast majority oppose specific features in this law. For instance, just 2 percent of Kiwi women support abortion on-demand up to birth. 93 percent oppose sex-selective abortion, in which a child is killed for no other reason than his or her sex. And, 94 percent of women polled support longstanding legal standards for New Zealand’s abortion providers. In other words, they didn’t want them relaxed at all.

Perhaps the unpopularity of abortion-on-demand-for-any-reason-whatsoever is why pro-abortion politicians in New Zealand felt the need to rush through this legislation while everyone was distracted by a global pandemic. According to RightToLife.org, as the bill went through successive readings in Parliament, it lost support. In fact, the Abortion Legislation Committee heard from only 139 of the over 25,000 people who submitted public comments on the bill. For perspective, 1,500 people were allowed to speak on a recent climate change bill that received less than half as many submissions.

By taking advantage of the few people paying attention and by ignoring those who were, New Zealand’s government has now enacted the most extreme abortion law in the democratic world.

As a spokesperson for New Zealand’s Voice for Life described, “Our Parliament has a duty of care to consider the wellbeing and protection of all New Zealanders, including the vulnerable…they failed in that basic duty of care by passing this extreme Bill, but the hundreds of thousands of voters who opposed this Bill will not forget this failure when it is time to vote in the General Election in a few short months.”

I hope this spokesperson is right. I know several prominent pro-life spokespersons in New Zealand who care deeply about the unborn, and who mourn this evil law. I also know how entrenched and relentless pro-abortion advocates can be, and how effective they are in passing increasingly extreme legislation. We’ve certainly witnessed as much in this country, most memorably in New York, where legislators applauded and lit the One World Trade Center in pink to celebrate.

Bad laws are built on bad ideas, and bad ideas have victims. The precious and unique lives made in God’s image which will now be legally targeted is a stain on one of the world’s most naturally beautiful and culturally enjoyable nations. I join so many of my friends in New Zealand who hope and pray that this law will prove a step too far, betraying an abortion movement opposed not just by champions of life, but by growing scientific knowledge, by growing compassion for children with disabilities, by the amazing medical breakthroughs in life-saving technologies, and by the unshakeable truth that unborn persons are fully human and worthy of life.

Pro-lifers have a lot of work to do; not just here but around the world. May God strengthen our hands, our hearts, and our voices to stay at the task.

New Zealand society is stronger when both lives matter

Most Americans don’t want a standing ovation for abortions until birth. But Democrats do.