No Fault Divorce Ignores Data, Science, and Children - Breakpoint
Give today to learn what it means to be a thoughtful Christian!
Skip to content 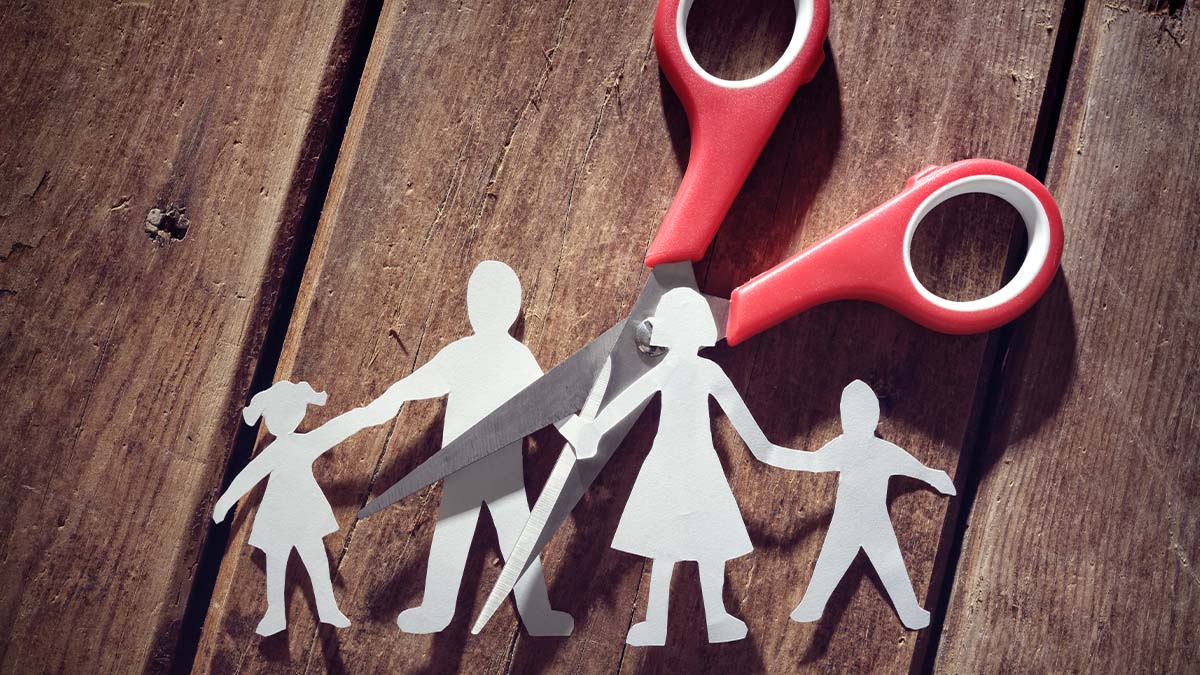 If we lose our belief in marriage and the family as the foundation of a healthy and flourishing society, there will soon be very little left for ‘conservatives’ to conserve.

A couple of weeks ago, Dominic Raab, the Deputy Prime Minister for the United Kingdom, praised what he called an “important” debate in Parliament. He was referring to a law effective April 6, under which married couples no longer have to name any faults before seeking a divorce.

Ironically for a member of Britain’s Conservative Party, this idea flies in the face of what “conservative” means. It certainly cuts against conservative foundations articulated by the likes of Edmund Burke and T.S. Eliot. According to these thinkers, family and tradition are the only real bulwarks against the chaos of our atomistic age.

As we noted recently, “If we lose our belief in marriage and the family as the foundation of a healthy and flourishing society, there will soon be very little left for ‘conservatives’ to conserve.”

But Mr. Raab’s comments got worse. He went so far as to claim that this new law was a positive good, not just for parents seeking divorce, but for children. As he put it, “This vital reform will remove unnecessary conflict from the process by ending the blame game—helping [to] spare children from the harmful effects this can have.”

This, “the kids will be fine” line, is not just nonsense: it’s dangerous nonsense. It flies in the face of everything we know about the impact of divorce on the most vulnerable among us. Over 20 years ago, Chuck Colson said, “People who divorce are more likely to die from stroke, heart disease, cancer, and hypertension. Kids from broken homes are more likely to fail in school, abuse drugs and alcohol, commit crimes, and have children out of wedlock.”

What Mr. Raab and our friends across the Pond should do is look before they leap. A look at the American experience reveals how this so-called “freedom” has played out here, and the enduring scars it’s left upon children.

In the early 1970s, an incredible (and incredibly sad) study was launched, which was later published in book form under the title The Unexpected Legacy of Divorce. It told some of the tragic stories of these children. Drs. Judith Wallerstein and Julia Lewis interviewed over a hundred children of divorce in California, hoping to get at the real-world impact of divorce on the increasing number of children growing up in broken homes.

They didn’t only interview these individuals as children, but also followed them over the next 25 years. What this study found was devastating. As one reviewer described their findings:

[O]nly seven of the 131 children from the original sample experienced a post-divorce home in which they had a good relationship with a step-parent. At this 25-year mark, only 60 percent had contracted for marriage. Two-thirds of the sample decided not to have children. Only 30 percent of the sample received financial support for college, as contrasted with 90 percent of children whose parents were not divorced, an indication of the nature and quality of their troubled relationships with their parents.

This story is about far more than stats. It’s about the heartbreaking impact divorce had on these kids’ lives. There’s the woman who almost 30 years later could still see in her mind the details of “the sun striking the patterns on the living room carpet” the day her father left when she was only 4. There’s the boy who refused to take off his heavy coat at school despite the day’s heat in case he’d have to leave at a moment’s notice. There’s the little girl who kept telling her teacher about her new baby brother, except there was no baby, only her little heart’s plea to imagine her parents were still together. Then, there was the 5-year-old who said she needed a new mommy because hers had been “a tense, cranky, unavailable stranger.”

There are times when divorce is necessary, but it is always tragic in the same sense as when catastrophic cures like amputation or chemotherapy are necessary. To pretend otherwise is a dangerous fantasy. The Bible sees marriage as a lifelong bond between a man and a woman, but, recognizing the frailty of human nature after the Fall, it allows for divorce in extreme cases, such as abandonment, adultery, or abuse.

Highlighting the “wholesome” effects of no-fault divorce is even more reckless than praising the upside of amputation. Divorce is a messy, sometimes necessary, side effect of living in a world full of sin and folly. But while we may have to deal with our human weakness in this way, it’s never something we should excuse by saying that it is for the kids’ good. The cost to children is too high. Its effects on children are too long-lasting for society to allow, let alone encourage.  To do so is to ignore the data, the stories, and reality itself.